Its been 7 days since the Tron TVM went live and that’s been on the mind of its team, users, investors, and the Tron community. Highlighting one of the most successful months in the history of the project Tron has launched an official recap video that provides insights on the projects milestone that it cleared this month.

In the latest tweet by the Tron Foundation, the project has invited developers across the globe to start building and testing Dapps on the #TRON network. The Twitter also has an attached video that highlights various accomplishments of the project this month which includes Project Atlas, Trons Progress to challenge Ethereum, TVM Launch and its features, Tron’s US team comprising of BitTorrent team and the uTorrent Web.

The #TVM is officially launched and developers across the globe can start building and testing Dapps on the #TRON network. Watch this recap video to learn about all the milestones we have accomplished in the month of August and updates on #ProjectAtlas! https://t.co/k0M1V4A0fs

Project Atlas is one of the critical projects for Tron as it connects capabilities of Tron and BitTorrent thus bringing in use its acquisition synergies. Project Atlas is set to connect BitTorrent’s peer-to-peer network with Tron’s blockchain, establishing an in-client token economy intended to develop a new “borderless economy” that aims to address the issues presented by the current BitTorrent technology paradigm content distribution models.

#ProjectAtlas–the project that will connect the BitTorrent peer-to-peer network and #TRON‘s blockchain. Want to know more? Check out the details on our new site! Sign up for the newsletter to receive the latest updates. https://t.co/NYp5toHBtR @BitTorrent @justinsuntron pic.twitter.com/1KluNXSPzk

Project Atlas will have a dedicated website to track progress and make integration of Tron and BitTorrent more visible to the public. It will also aim to build one of the largest networks with faster downloads, more seeds and create a community where data can be consumed.

Tron inches close to Ethereum as the project swells in size

Justin Sun in the TVM launch event gave some fantastic stats that spoke about the Projects size and its superlative growth. It’s reported that the total number of TRON accounts have reached 282,859, a 1431% increase compared to July 28, a 465,00% increase compared to June 25 when the TRON MainNet was launched. As of now, TRON account number is 11 times that of Ethereum (in a 2-month period post the MainNet launch) and has reached the same level of EOS. This is indeed a breakthrough for TRON. 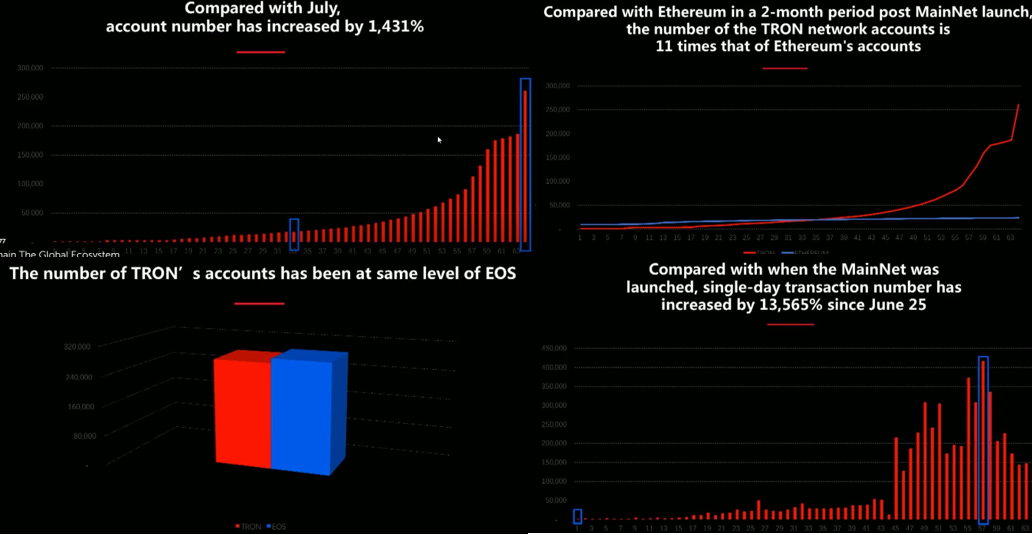 It also recapped all 27 Super Representatives that have been elected. 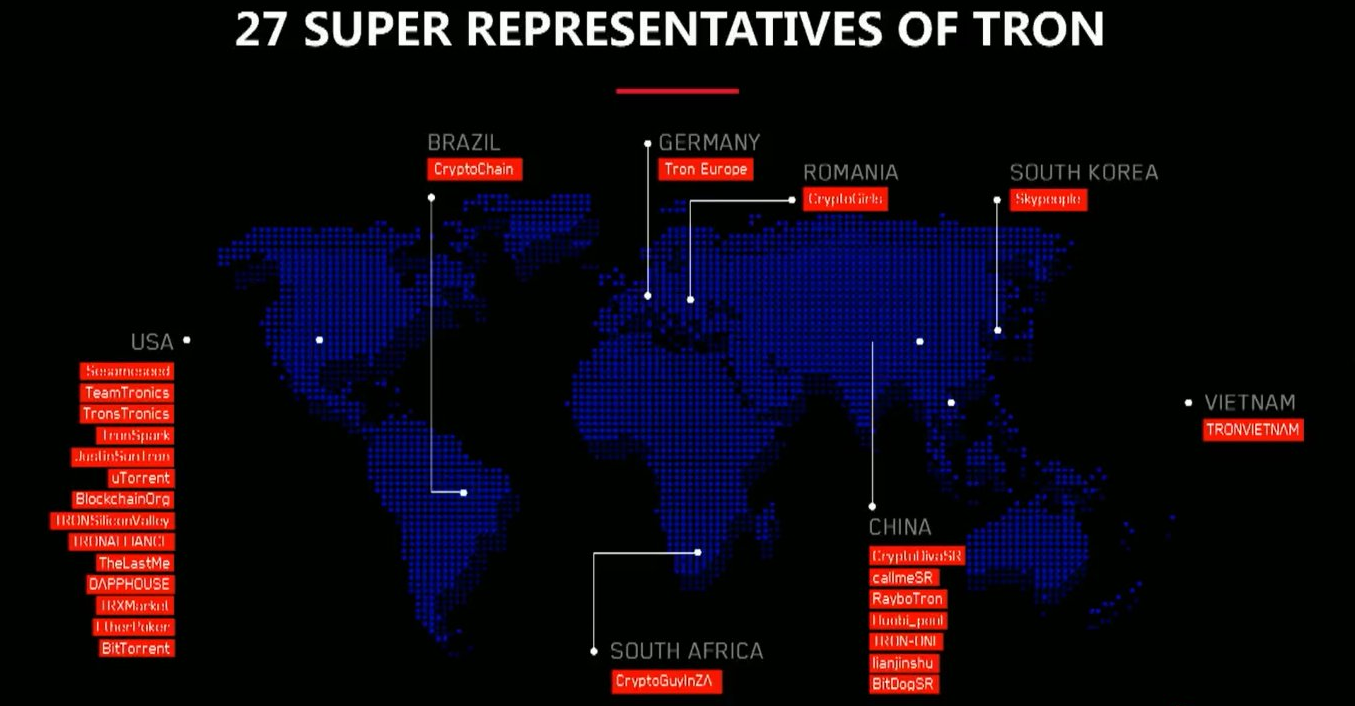 Tron in August also acquired the famed torrent Blockchain.org. Its vision with the domain is to build a one-stop aggregated data, search engine platform. It will be a platform that will offer big data analysis, project evaluation, information search, and other services for users in the blockchain field. Justin also invited and encouraged others in the industry to participate and build a platform to help the growth of blockchain industry.

The TVM is finally here- with fully loaded features

At the launch event, Technical Lead Marcus Zhao Hong explained why TVM is superlative. He discussed how the new TVM also allowed for more decentralized governance. The TVM is supposed to have more than 20 parameters that can be customized. Also, 2/3 of the committee will need to approve/vote on changes. Features of TVM will also be activated by the committee. The committee refers to the top 27 Tron SR at the time of approving/vote, this shows more control of the network will be in the hands of the Tron SR’s and each voter should elect/vote for an SR who has the network’s interest at heart.

The TVM will be

The team in the San Francisco office comprises of 50+ employees. Over half of this team is the projector product-focused engineers. All the members have a strong background in P2P software protocol development and cryptography. It is one of the projects the generates tens and millions of revenues which it generates from advertising and subscriptions.

The team from BitTorrent now forms Tron Storage Business Unit. The team has already put through some fantastic products and has a pipeline of many more. The first product it launched was the uTorrent web. µTorrent Web is a Web-based torrent client for Windows that meets the streaming demands of today’s users. Available for Windows across all major browsers, µTorrent Web makes it possible to quickly download and play torrent files inside the browser. When the project was first started, BitTorrent’s vision was to build a torrent client with simplicity and quick playability. With a simple download to play experience as the focal point of µTorrent Web, the company now sees more users successfully downloading and playing torrents than with any other product in BitTorrent’s history.

The web version of uTorrent has been released. The team have noticed

Tron definitely has a strong fundamental and the project is growing at superlative pace on it. That is one of the reason the TRX price has outperformed on many occasions while others have suffered. And if this speed continuous, we may soon see TRX as one of the Top 5 cryptocurrencies.

Does TRX have enough ammunition to break into top 5? Do let us know your views on the same.