The Ethereum core team announced on the Ethereum Foundation’s blog on June 24 that the designations Eth1 and Eth2 will be phased away. Core developers have already agreed to move away from this vocabulary, and the new labels for the two are ‘execution layer’ and ‘consensus layer,’ respectively.

The team highlighted why the new terminology should be used in the future and why the Eth2 or ETH 2.0 designation should be dropped entirely.

According to the report, the issue with the word is that it generates a “broken mental model” for novice Ethereum users.

Dropping the Eth2 term, according to the Ethereum.org team, would help clear up misunderstandings caused by certain staking services incorrectly labeling staked ETH as ETH2 coins. Furthermore, it may deter unscrupulous actors from attempting to defraud users by promising to exchange ETH for nonexistent ETH2ETH2. 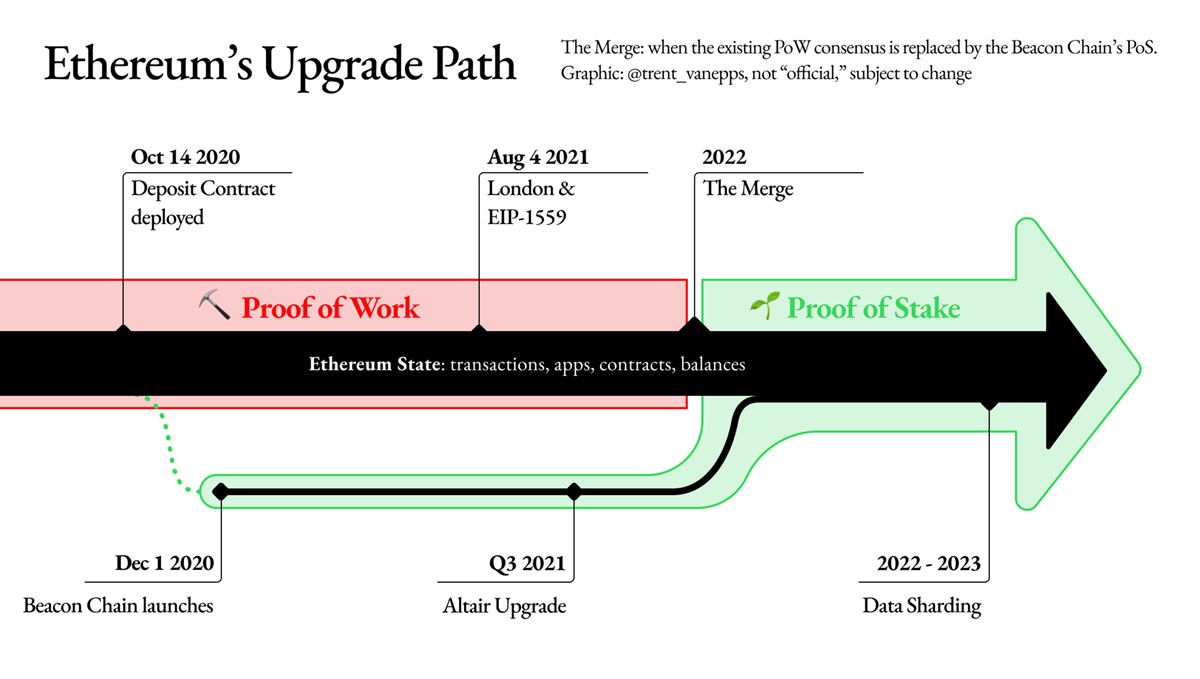 When the chain, previously known as Eth1, docks with the chain formerly known as Eth2, the merging is scheduled for Q1 2022. In addition, the Beacon Chain presently has 9.1 million ETH staked, which is worth about $21.7 billion at current pricing.

Ethereum has taken a beating in the last week in terms of pricing. ETH has dropped 26.3 percent in the previous seven days and is still falling, down 3% on the day to trade at $2,371 at writing.

It’s already down more than 50% from it’s all-time high on November 10 and has shown no signs of recovery so far this year. The larger crypto market is still adverse, with a market size of $1.62 trillion, which is almost six months low.