The whole cryptocurrency space is abuzz with news that another centralized exchange (CEX) is in trouble and is in a real threat of closing down. It is a trader’s worst nightmare as they are not able to withdraw their money from the embattled exchange. Interestingly, the reason behind its probable demise is poor accounting practices and bad business decisions. Unlike other CEX that closed before, its death blow did not come from the outside from the inside which the management claimed to be an honest mistake.

Honest mistake or not the result is the same, Fcoin cannot process withdrawals as its reserves cannot cope up with the demand of its customers. According to Zhang Jian, the former Huobi CTO who launched FCoin in May 2018, the failure was a result of internal system error that has over credited users with rewards coming from its transaction-based mining activities and a bad business decision to buy back its own utility token, Fcoin Token, in an effort to drive up demand for the utility token.

Zhang, however, has promised to personally and manually process withdrawals using profits from his other business endeavors which he hopes will cover some of the $130M Bitcoin Shortfall. While many are doubtful that he will be able to do so this situation would have been averted if it had set up a complete back-end auditing system that would have properly managed its treasury. In fairness to Fcoin’s management, they eventually did in mid-2019 but the damage proved to be unsurmountable.

Now users have no idea where their money is. Was it used to reward people who are participating in transaction-based mining or did the FCoin management team use it to buy back its own utility token to artificially drive up demand? No one can be totally sure as there is a total lack of transparency. Regretfully this opaqueness is a common practice to many CEX operations as they lump together the digital assets of its customers into a few digital wallets. When this happens there is no way for customers where their digital assets are located exactly.

To CEX operators your deposits are just numbers under your account name. There is no way for them to distinguish your exact deposits from other deposits of other clients. In reality, they just give you a balance of what you have deposited, and the exact digital assets get mixed up together with the other digital assets of other traders creating a big honeypot waiting to be exploited by hackers or be clandestinely used for the CEX’s operators self-interest. In this case, they have been using customers’ funds to pay for their rewards as well as their token buyback

This will never happen in decentralized exchanges (DEX). First of all, DEXs do not have a user account system. Customers use their own personal digital wallets to interact with the order books of the DEX. In addition to this, transactions in DEX are on-chain, real-time and verifiable in real-time using blockchain. This gives DEXs unparalleled transparency compared to Centralized Exchanges. All transactions in DEXs need to be triggered and approved by the asset owner through their wallets making it impossible for organizations like FCoin to spend users funds.

By allowing users to use their own personal digital wallets, DEXs guarantee transparency of transactions and asset security without touching the user’s private key. There is no moment where the user loses possession of their digital asset, not until the users themselves make orders in the DEX to take up positions or execute a market trade. Using private wallets that users only know the private keys is already a very strong security feature that no centralized exchange could ever equal. DEXs enables users to leverage the power of blockchain technology to protect their assets in trades.

Beyond and Above Other DEXs

There are some DEXs however that go beyond the usual security afforded by allowing users to use personal wallets. One such DEX is Newdex the first and largest EOS-based DEX in the industry. Aside from enabling users to utilize personal wallets that allow them to directly interact with the DEX’s orde books without the need to deposit and withdraw, it has launched a new smart contract “matching and settlement on-chain. It was released after a comprehensive audit of two cybersecurity firms, Slow Mist, and PeckShield.

This makes Newdex one of the most decentralized DEX in the industry where users can validate and check the entire process of the transactions. This means that even if the Newdex’s website cannot be logged in it will not affect the normal operation of the transaction. This is perhaps the highest level of transparency any DEX can offer. Furthermore, this gives users a more “Trustless” solution as they don’t need to trust Newdex to guarantee a transaction will push through, irreversible and final. The blockchain will guarantee it thus creating a truly unstoppable and censorship-resistant trading venue.

Why is it called Trustless?

Decentralized Exchanges (DEXs) like Newdex is the full realization of decentralized trading. They are called Trustless Exchange because you don’t need to “trust” a centralized authority or an intermediary to ensure that your trades will be consummated. By virtue of blockchain technology, all transactions are guaranteed to be secure, unstoppable and irreversible. They are unlike centralized exchanges where trades can be restricted and reversed or worst can be withheld for whatever reasons the centralized exchange operators can muster up. 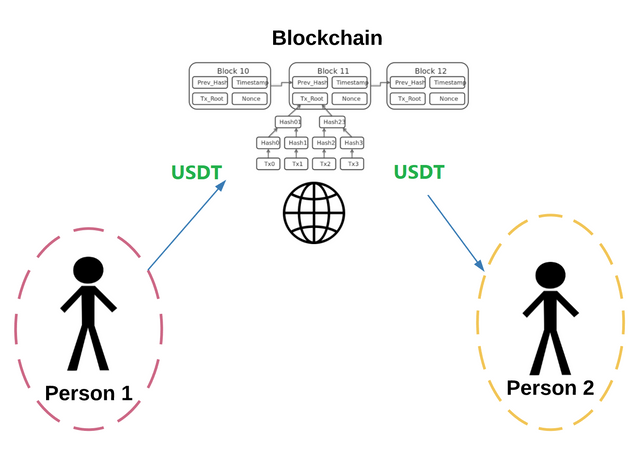 Furthermore, trustless exchanges do not require their users to trust them with their digital assets. There is no act of transferring custody of users’ digital assets hence users never lost control of them. Since all users never give up the possession of their assets, there is no need to “trust” when dealing with these types of exchanges hence, the name Trustless Exchange.

Bitcoin Replacing Fiat Could Be A Nightmare: Yanis Varoufakis
Twitter LinkedIn
Achal Arya
527 Articles
Achal is an entrepreneur and a product designer with a bachelors degree in Computer Science. He works in the Web3 domain and manages new developments at Coingape. Follow him on Twitter at @arya_achal or reach him at achal[at]coingape.com.