The majority of the cryptocurrencies are retracing after enjoying gains for the past couple of days. The leading cryptocurrency Bitcoin is currently down by 0.46 percent at $6,499 maintaining its stability around $6,500 level. As for the top altcoins, 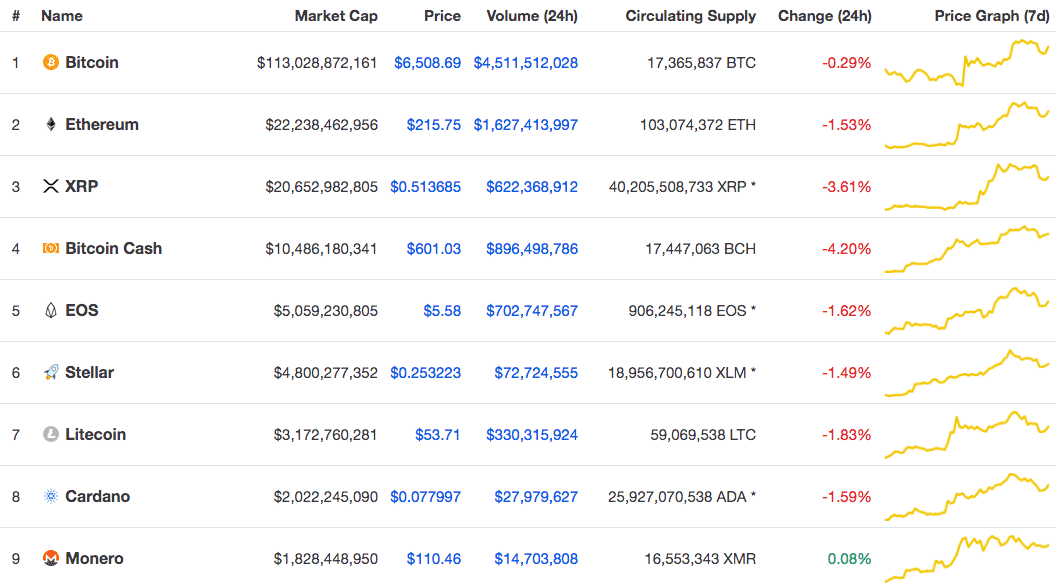 This has the BTC dominance reach 52 percent. As the crypto market goes red, the total market cap goes loses about $5 billion of the value.

Among the top altcoins, Bitcoin Cash (BCH) is down the most by 4.20 percent at $601. Recently, BCH saw a surge of 40 percent on the back of the news of its upcoming hard fork on November 15.

XRP is another cryptocurrency which is down by the most i.e. by 3.61 percent at $0.5136 among top cryptos. Just a few days back, XRP has been the largest gainer with over 12 percent 24-hours gains as XRP becomes a base currency on exchanges and Ripple shares its plans to open Dubai office. 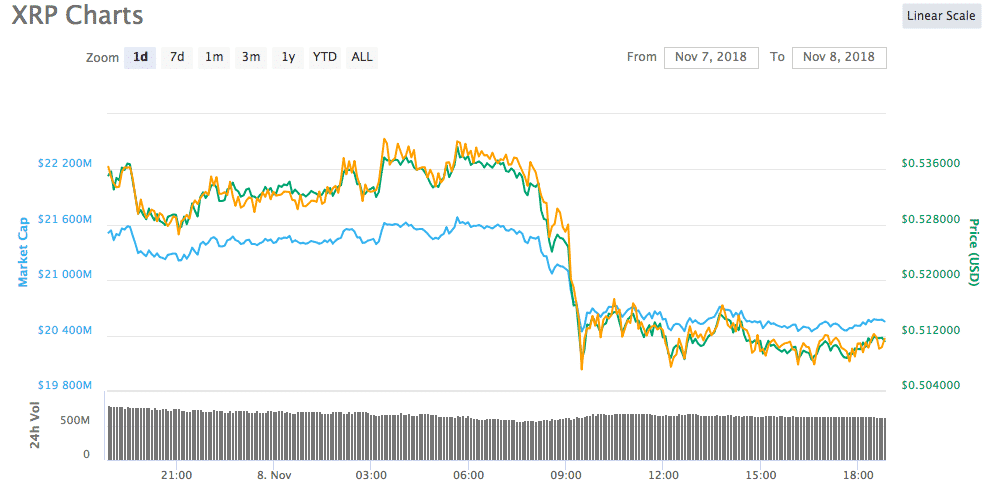 At 25th position, Dogecoin (DOGE) is another altcoin which is down by 5.54 percent at $0.0034. Aeternity (AE) is bearing the highest losses by 12.78 percent at $1.18 while Eternal Token (XET) is today’s biggest gainer with 47 percent greens while having the daily trading volume of less than $900k.

BAT- The Winner with over 110% Surge in a Month

For over a month now, Basic Attention Token (BAT) is almost constantly on an upward movement as shown in the chart below. From $0.155, in October, BAT has risen over 110%. 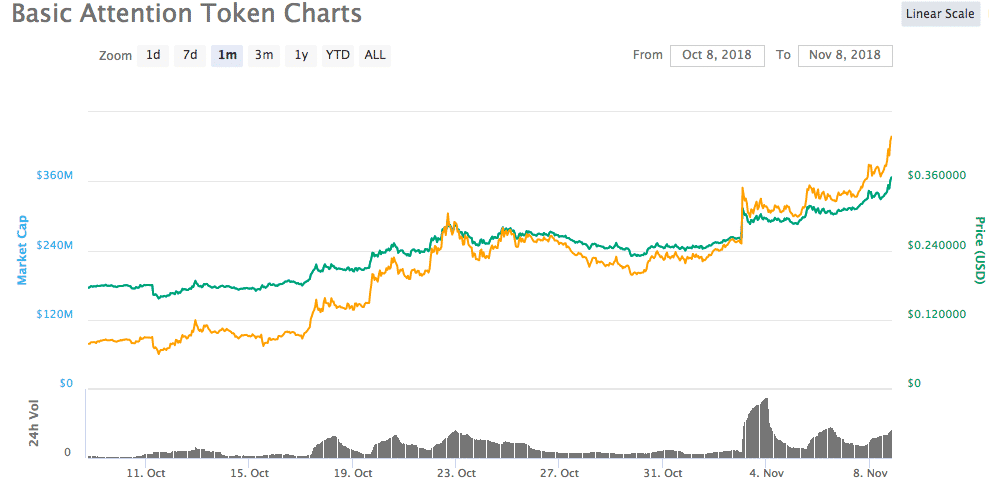 At the time of writing, BAT has been trading at $0.3713 while being up by 13.52 percent. Currently, at 26th position, the listing by Coinbase played an integral role in giving a swift kick to BAT price. With a $371 million market cap, this cryptocurrency is managing the daily trading volume of more than $34 million.

Additionally, “Basic Attention Token radically improves the efficiency of digital advertising by creating a new token that can be exchanged between publishers, advertisers, and users,” the core idea of the cryptocurrency is keeping the investors interested and prices surging.