Today’s highest gainer with over 12 percent rise, XRP is onto an even bigger surge while preparing to take Ethereum out of the 2nd spot. Meanwhile, one of the Finder panelists is extremely bullish on XRP with $10 by 2019 end while another research says its intrinsic value is  $1.75 per XRP token.

Getting Ready to Take Over 2nd Position

XRP has yet again taken a hike and become the biggest gainer. At the time of writing, XRP has been trading at $0.5225 with the 24-hours gain of 12.79 percent. The daily trading volume of the 2nd largest cryptocurrency is slowly rising at $823 million. 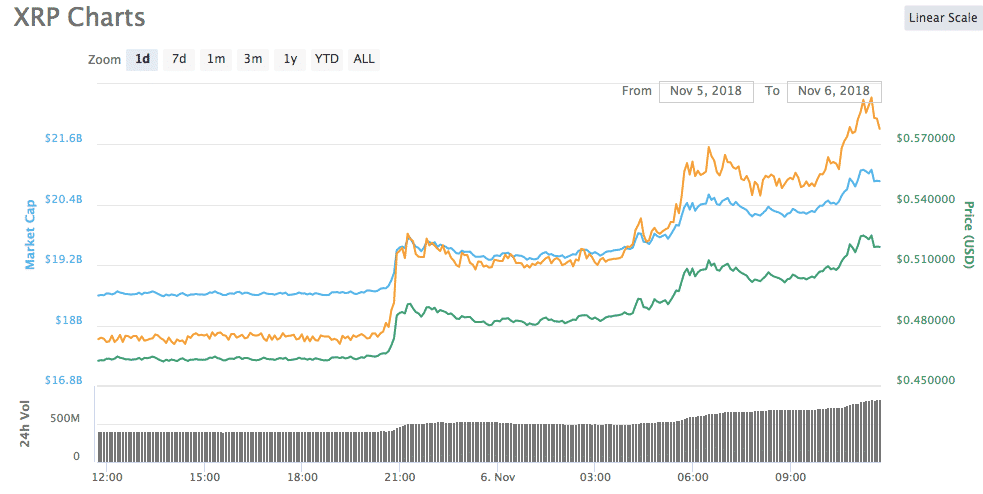 Ripple is constantly expanding as evident from the fact that it recently shared its plans to open an office in Dubai by the end of this year. Dilip Rao, global head of infrastructure innovation at Ripple says the company is “seriously planning to enter the Middle East market.”

Ripple already has Saudi Arabia’s Al-Rajhi Bank and Kuwait Finance House as its clients and as shared by Rao, “Our focus initially is on cross-border payments because we think that’s where there is the most friction. In this part of the world, there is a huge requirement for cross-border transactions. This will support the economy both within the region and the rest of the world.”

As per the latest report from the research group Picolo, xRapid can be a positive catalyst for a surge in XRP price as it shares,

“It is important to note that XRP’s value is derived when clients use XRP as a bridge currency on Ripple’s xRapid platform, and not directly from its other products. We derive its fundamental value from two aspects:

Though, it does note the risk factors viz. confusion regarding the differences between Ripple and XRP, lack of clarity on it being a security, and concerns regarding if XRP is centralized, the report says XRP is undervalued:

“Our analysts derived an intrinsic valuation of $1.75 per XRP token. The estimates used are conservative as it does not include tokens burnt, the growth of Ripple’s market share, value attributed for error reduction and market share of other non-bank financial institutions.”

In a separate report by Finder, Nerijus Tilvikas has the boldest prediction for XRP at $10 by 31 December 2019 and $1 by this year end while Genson Glier says, “XRP will stay relatively steady,” when other panelists are bearish on XRP price. 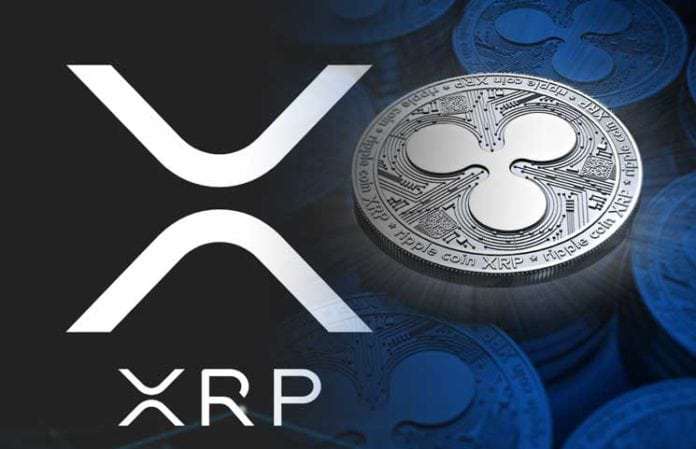 Article Name
XRP: Today’s Biggest Gainer getting Primed for a Stellar Success
Description
Today’s highest gainer with over 12 percent rise, XRP is onto an even bigger surge while preparing to take Ethereum out of the 2nd spot. Meanwhile, one of the Finder panelists is extremely bullish on XRP with $10 by 2019 end while another research says its intrinsic value is  $1.75 per XRP token.
Author
Anjali Tyagi
Publisher Name
Coingape
Publisher Logo