After a significant price hike, XRP bulls are on a breather right now. Meanwhile, Ripple has a number of things lined up that will boost XRP adoption and price in the near future.

XRP bulls take a breather, price in a reversal

The world’s 3rd largest cryptocurrency has been enjoying the significant gains for the past 4 days, only to get a dip today in tandem with the entire crypto market. On the price front, at the time of writing, XRP has been sitting at $0.529 with a loss of more than 7 percent. With a market cap of over $21 billion, like its price, the daily trading volume has taken a severe slump at $979.8 million.

Given the fact that XRP surged so much in such a short amount of time, this reversal is no surprise.  For now, XRP has settled above the $0.5000 resistance line against the US dollar. Moving further, the price is expected to find resistance at $0.6000 and in order to go on a rally once again, XRP needs to jump $0.6800 mark.

#Trending, XRP in the limelight

If we take a look at the most trending subreddit, Ripple is the hottest one right now. No surprise there, given the way its prices took a hike.

Also, as shared by a Redditor, chriskingston81, the interest in XRP has taken a spike in South Korea just like its price.

According to Wikipedia, Naver is a South Korean search engine. Started in 1999, it had about 42 million enrolled users and handled 74.7% of all web searches in the country, as of last year. It is apparently referred to as the “Google of South Korea.” 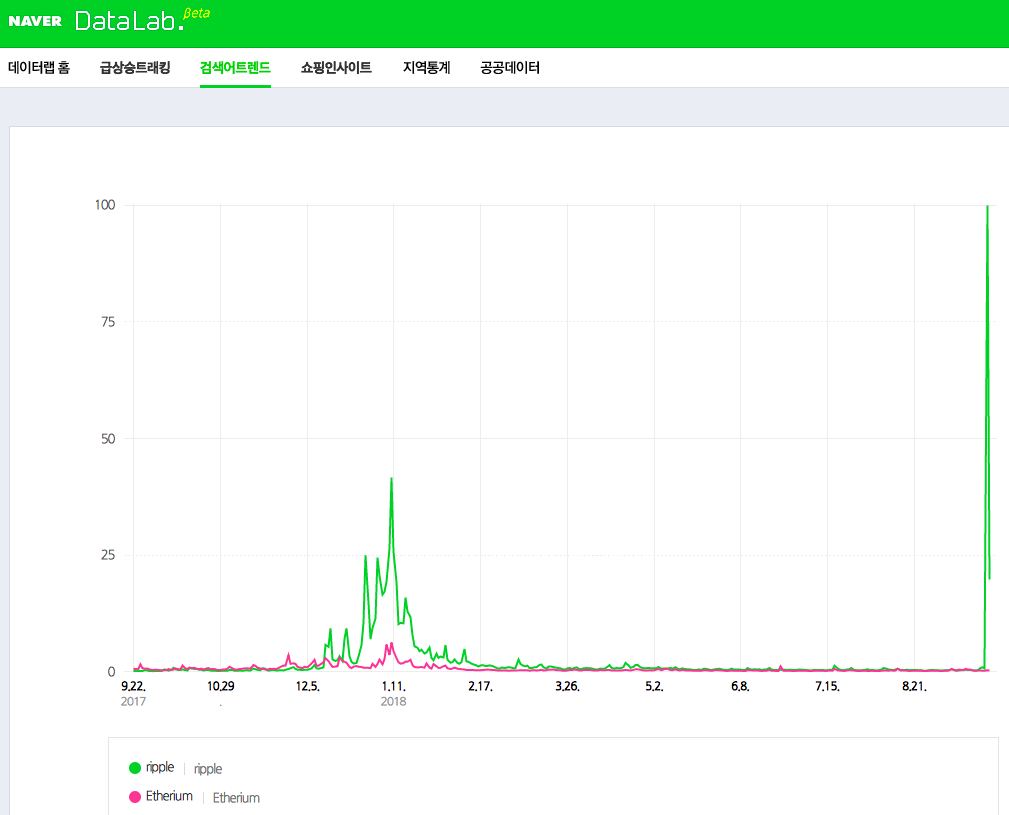 The news of xRapid to enter the market in the next month or so has the XRP price surging so high in so little time. Reports of successful xRapid pilots by various financial institutions have already hit the market over a period of time. On top of that, Ripple has already partnered up with a number of banks and institutions that will be using its product.

So, when xRapid will actually hit the market, the prices can be expected to actually skyrocket and hit its all-time high (ATH) at $3.65.

Furthermore, recently we reported how Coil is allowing you to tip XRP on Twitch, Youtube, and Wikipedia. Though for now, it is reportedly invite-only, soon it will be open up for the registration that will further boost XRP usage and adoption.

The purpose of Coil is to offer an ad-free internet to the users as stated by Stefan Thomas,

“For decades, people have discussed the potential of micropayments to support content creators that would move us away from the broken ad-supported web. Others have created subscription services that bundle content. But micropayments and subscriptions have always been built as closed systems, which fail to capture the huge variety of content on the web.”

Ripple has a number of things lined up that will only give XRP’s prices a boost while increasing its adoption.