Binance Smart Chain (BSC), the native blockchain of Binance Exchange has recorded several on-chain ATH against Ethereum amid surging popularity. BSC has become the go-to choice for ERC-20 traders as well as Defi traders as the growing gas fee of the Ethereum network has made it a cheaper alternative. The recent rise in popularity has propelled BSC to several new highs that include,

Many Defi protocols either shifted their platform to BSC or created a bridge to BSC to help users cope with the high transaction fee on the Ethereum network for the time being. As a result, BSC is currently processing more than double the transaction of its rival.

The total number of Defi projects listed on the BSC platform has soared to 329, while the total value of funds locked in these defi protocols has crossed the $13 billion mark. The growing popularity of BSC has also propelled its native token Binance Coin (BNB) to new highs, rising from just under $50 at the end of January and reaching a new ATH of $340 within a couple of weeks. 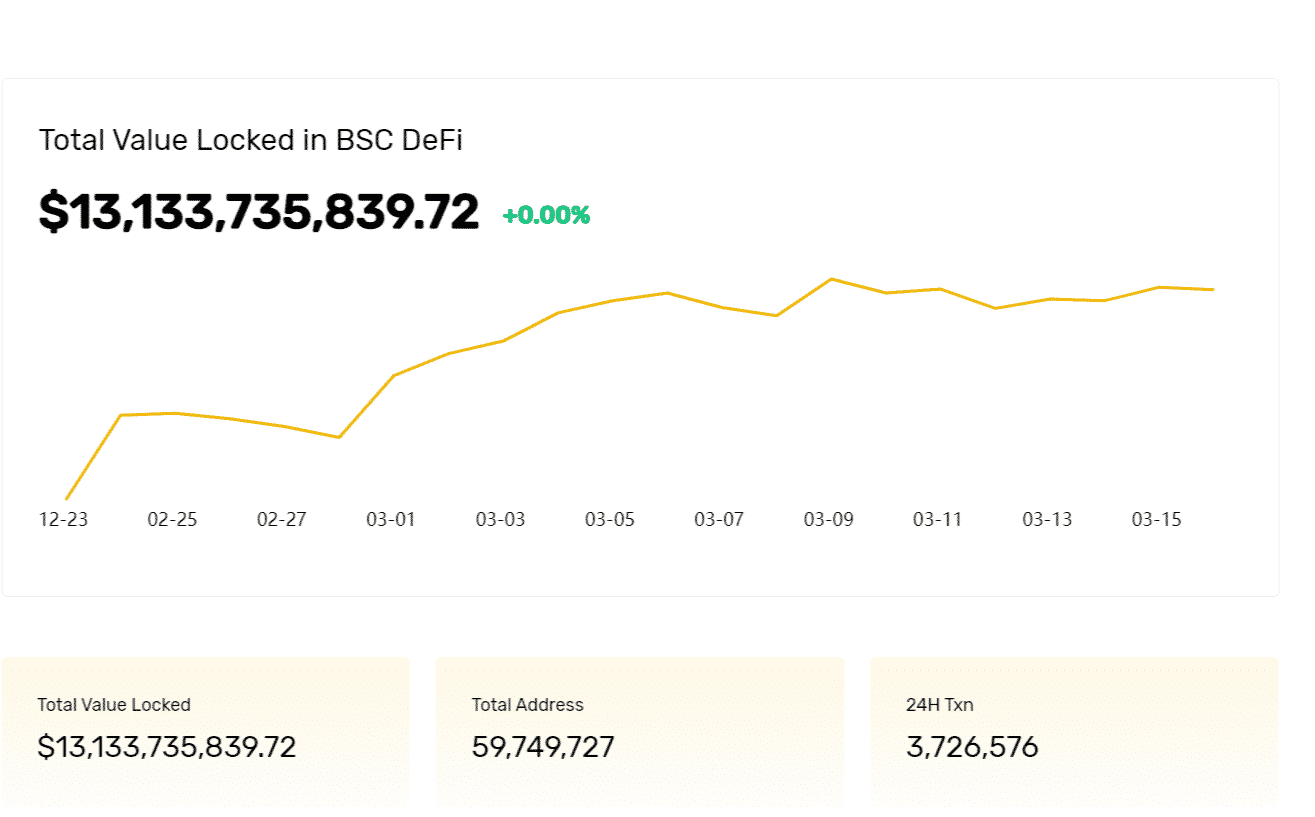 Ethereum network’s scalability issue has come back to haunt it from time to time, but its current gas fee problems are costing it millions worth of trade to BSC at present. The idea of proof-of-stake-based ETH 2.0 is primarily because of the growing scalability issue on the Ethereum network. Although the new ETH 2.0 promises scalability as high as centralized payment processing giants such as VISA and MasterCard, it would take another two years time for its full deployment.

Many Ethereum proponents have pointed towards the heavy centralized nature of BSC and the recent slew of rug pulls and DNS hijack of BSC-based projects did cause a scare, but until the gas fee issue is resolved on Ethereum, its alternatives would continue to gain traction.