Cryptocurrency is a relatively new invention getting its official start in 2008 when a certain Satoshi Nakamoto made a virtual currency that he called Bitcoin. Various other cryptocurrencies have since sprouted — with the most recent count being at more than 2,400. But unlike real-world money where a country’s treasury oversees its production, new cryptocurrencies are made entirely within the digital realm via a process called “mining.” If you feel you can do more with virtual currencies than just being an end user, you’ll want to know what cryptocurrency mining is and what you’ll need to get started.

What Is Cryptocurrency Mining?

To better understand how cryptocurrency mining works, you’ll need to familiarize yourself with the term “blockchain.”

Assuming you’re familiar with accounting, you may recall that an accountant records every financial event that a company goes through in a tabular document known as a ledger. The same thing applies in the world of cryptocurrency, with all transactions recorded in a digital ledger known as a blockchain. The accountant’s equivalent in the cryptocurrency realm is what is known as a miner. So if you want to get into cryptocurrency mining, it’s best to visualize yourself as less of an actual miner looking for gold inside some underground tunnel and more of a bookkeeper.

To sum it up, cryptocurrency mining is essentially the digital equivalent of bookkeeping. Just as an accountant gets paid by a business for keeping its books, a miner receives a certain amount of cryptocurrency for their accounting services from online merchants accepting it as a payment method.

But What Makes Cryptocurrency Mining Different from Accounting?

There’s a few differences between real-world accounting and cryptocurrency mining just as there are certain similarities between the two as already discussed above.

For one, only an accountant can access a ledger whereas everyone in a cryptocurrency network can update its whole blockchain if they want to try their hand at mining.

Also, an accountant for a specific business is an employee while a miner is accountable to no one but themselves given cryptocurrencies leaderless and decentralized nature.

Lastly, other accountants can easily understand all transactions in a ledger, but those in a blockchain are so secure that even those who know their way around cryptocurrencies can’t see the details of each financial event unless they have special software that can crack the encryption embedded in those transactions.

What Would You Need to Get Started as a Cryptocurrency Miner?

To get into cryptocurrency mining, you’ll need to have the following at the ready:

As discussed earlier, every transaction included in a cryptocurrency blockchain has strong encryption that makes it impossible for people — especially hackers and others who are on the wrong side of cybersecurity — to crack it open and steal sensitive user data. For this reason, a cryptocurrency miner needs special software to get past each blockchain transaction encryption.

You may initially think that you can use the desktop computer that you have right now to mine cryptocurrency since you often make transactions online using it anyway. Unfortunately, if you’ve installed cryptocurrency mining software on your only desktop and you let it run, you won’t be able to use the computer to do other things.

Mining software uses up so much computing power that a desktop computer or even external graphics processing units — or GPUs — that miners used when cryptocurrency popularity exploded aren’t enough anymore. Instead, mining requires a specially-designed rig consisting of a power supply and a motherboard with application-specific integrated circuits — or ASICs — built into it.

Of course, you can only claim to have gotten rich doing cryptocurrency mining if you have real-world currency to back it up. Thus, you should get yourself registered in an online currency exchange that accepts your chosen cryptocurrency to mine.

As technology advances at an alarmingly rapid rate, the idea of a decentralized form of digital currency has gradually turned into concrete reality thanks to the ever-growing popularity of cryptocurrencies such as Bitcoin and several others. Cryptocurrency may have its legions of users, but much of its existence has to do with miners who ensure that it’s always in circulation. You might have found yourself enamored by the idea of cryptocurrency mining after someone you know had gotten rich because of it. But before diving right in, you’ll want to know first what cryptocurrency mining is and what you’ll need to get started, as discussed above, so that you won’t go into it blindly only to regret it later.

Blockchain – What you Need to Know 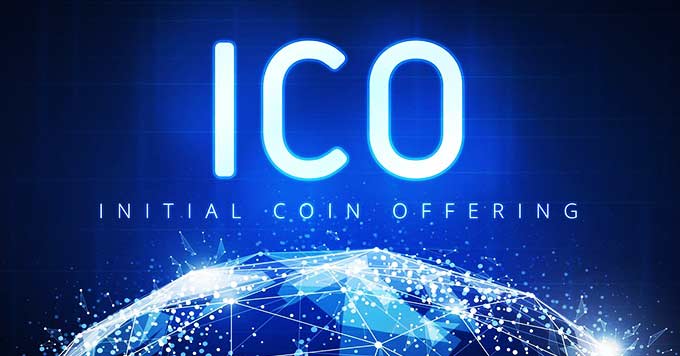 How to Find Best ICO to Invest In
Handpicked Stories

Blockchain – What you Need to Know
Originally designed as a public ledger for Bitcoin, Blockchain has developed into something much more complex – and…

How to Find Best ICO to Invest In
Initial coin offerings (ICOs) are increasing their popularity day after the other. They are substantially shaping the economy.…
Guest Author 677 Articles
This author could be anybody, but he/she is not a member of staff coingape.com and opinions in the article are solely of the guest writer and do not reflect Coingape's view.
Follow Guest @