For the ardent followers of cryptocurrency, we all remember the ICO craze of 2017. ICOs were at the forefront of everything crypto in that year. To get an idea of how massive ICOs were in 2017, ICOs gathered just a mere 225 million dollars in 2016. This is hugely dwarfed by the amount that was gathered in 2017, which was close to 6 billion dollars. ICOs were very influential in changing the cryptocurrency narratives in terms of adoption and attracting new investors to the sector.

Despite the huge impression ICOs left on the crypto world, not every project turned out to be a success. For example, the successful projects to come out of the 2017 ICO run were not up to half of the total number of ICOs. Many projects failed and even some that took off eventually died along the way. Nevertheless, there are still some that kicked off and will flourish in 2021.

ICOs didn’t start in 2017 but that year changed a lot for the crypto industry in terms of Initial Coin Offerings. It changed the face of crowdfunding with native tokens providing a new means of raising funds via fiat or cryptos like bitcoin and ethereum. ICOs were ways through which crypto startups offered their own cryptocurrency. Statistics showed that these startups were able to raise billions of dollars throughout 2017.

Buying these cryptos was not a guarantee that these projects will be successful or even continue as the buyers have not much influence on the direction the projects took. Besides, the lack of a governing body to oversee the market means these projects can’t be held accountable. A lot of ICOs were run by scammers looking to make a quick buck with more than 80% run by fraudsters. Nevertheless, there were still genuine projects that were successfully sustained. Studies revealed that 70% of fundraising through token sales went to genuine projects.

Going by the Deadcoins report, more than a thousand coins have kicked the bucket. This points out the huge number of crypto projects that didn’t deliver their ICO’s promises. There are also genuine projects that delivered a good product but ultimately failed to deliver a good return on investments. The market conditions of the following year 2018 didn’t help the matter too. The 2018 market helped normalized the industry, which ended the ICO madness of 2017. The scam coins were gradually filtered out so were poorly performing projects.

Projects That Survived ICOs and will thrive in 2021

TRON came out strong during the ICO phase, which took place in September 2017. It swiftly reaches its hard cap of $70 M, and that tells you how highly rated it is with investors. It will help to know that the founder Justin Sun is Jack Ma’s protégé. The project itself offers value that investors find appealing as an international decentralized digital content platform based on distributed storage technology. Since its native token TRX was available for sale, the token’s value has increased from $0.001091 in 2017 to $0.024252 in 2020, going on to reach an all-time high of $0.300363 in 2018.

TRON has been on an upward trajectory in recent times, and it is predicted to reach the $0.03 mark by the end of the year or early 2021. Going by the report by trading beasts, the prediction for TRON remains high for 2021.

The Fusion project launched its ICO in February 2017 going to amass about $42.2M in token sales after ICO. The project was built with blockchain interoperability in mind to enable users to transact across different blockchains. This has allowed several DApps to capitalize on building on the Fusion chain. Apart from cross-chain transactions, the Fusion platform also offers cross data sourcing and cross-organization services via the use of smart contracts. One of the things that probably attracted investors to the project is also security with the platform using the Distributed Control Right Management (DCRM) for asset security. 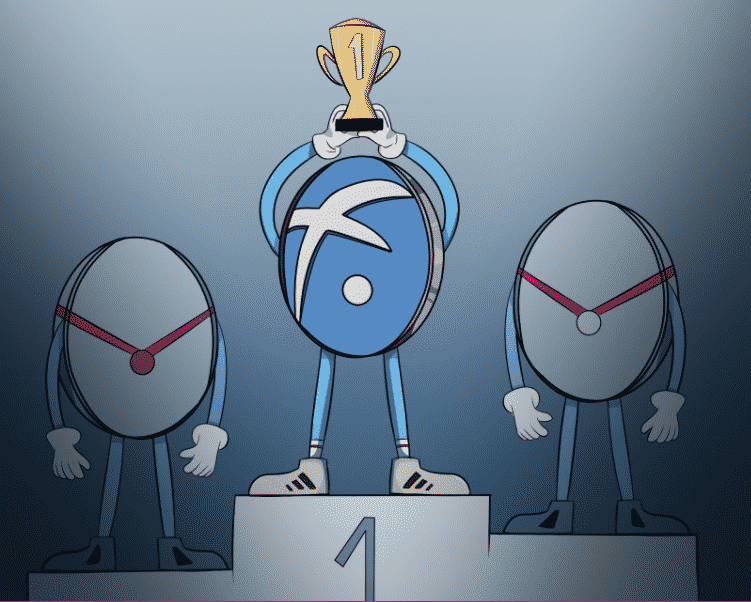 Projections coming from trading beasts shows positive growth for Fusion going into 2021. The price is expected to rally from the current price of $0.2390486 to reach as high as $0.4761077 with an average of $0.3889518. Another projection from digital coins shows that Fusion can reach as high as $0.60629471 in 2021. Both projections indicate that FSN can flourish come 2021 and could be a worthy investment giving you a sizable return on your investment.

Brendan Eich, who is also the co-founder of Firefox/Mozilla, created the BAT token. The aim is to transform digital advertisements via blockchain by establishing a decentralized market to link users, publishers, and advertisers. BAT is an ethereum-based token and it is the native token for the Brave browser. It allows users to monetize their ad experience and eliminate unnecessary advert spending. When BAT launched its ICO in 2017, it accumulated a staggering $35M in just 30 seconds. This caused some controversy as to the process of the ICO, with 5 users purchasing half of the token’s supply.

In a similar way to Ethereum, EOS is a blockchain created to host DApps with the capacity to host one thousand transactions every second minus on-chain fees for those transactions. The EOS blockchain allows the horizontal and vertical scaling of DApps. The blockchain has the EOS utility token and EOS.IO, which act similarly to a computer OS. To build DApps on the blockchain, the developer just needs to hold the EOS token. The ICO for the token was launched on June 25, 2017, ending the following year on June 8. About $4,197,956,135 was raised using this unique method of a yearlong ICO.

Currently, the EOS token is trading at around $2.33 per token and it is projected to increase to an average of $2.49 in 2021 with the highest gain estimated to be around $3.05. The ROI is small compared to the other coins we have discussed so far. However, it is still among the coins expected to thrive come 2021.

The 0x project is a decentralized exchange created to allow the peer2peer exchange of ethereum-based coins. The DEX itself is ethereum-based and users can exchange various types of assets like real estate, stocks, and much more using tokens. The protocol aims to encourage DApps interoperability. The token for the 0x platform is called ZRX and it functions in two key ways. The first key function is to give users authority over governance over the protocol development. Your level of authority is determined by the amount of token you hold. The second key function is using the token for the payment of trading fees to Relayers for service rendered.

Chainlink is a blockchain-based oracle network task with the provision of live data to smart contracts. The decentralized oracle network of Chainlink is focused on ensuring the data available to the nodes in the blockchain are correct and making sure these nodes are working appropriately. The Chainlink native token is called LINK and it is the form of payment available for payment of services within the network. The protocol organized its ICO in 2017 and it propelled the project into the public eye raising a considerable amount of $32M.

This project is touted as the next-gen blockchain network that allows users to connect over multiple distinct blockchains through a single network. It is built to enhance interoperability and breaking internet monopolies while providing improved scalability, optimization, and self-governance. Its native token is called DOT. The token ICO was sold out by the 3rd day in what was a very successful ICO raising a whopping $144,630,000. However, this is not without some controversies as the invested fund were locked out for 2 years after ICO.

You can expect the coin to also thrive in 2021 with the projections showing that token price will increase from the current price of $3.94000 to reach as high as $4.92857 by December next year.

The crypto market is subject to lots of up and down movement and these projections are based on historical data combined with AI algorithms to make predictions. The price projections are not certain but an indicator of the likely movement of the token price over the next year.

Note: All the financial and predictive data in this article is purely informative and does not translate into any financial or investment advice. The author does not take any responsibility for investment results based on the article.

Elon Musk Hits $100M Twitter Followers, But Where Is He?
Casper Brown
338 Articles
I am an associate content producer for the news section of Coingape. I have previously worked as a freelancer for numerous sites and have covered a dynamic range of topics from sports, finance to economics and politics.