Amid all the frenzy of decentralized finance and the upcoming move to proof-of-stake, the news that JPMorgan sold off its Quorum blockchain to ConsenSys has perhaps received less attention than it rightfully deserves. Although the news had been rumored since earlier this year, it nevertheless represents good news for the enterprise Ethereum community. In particular, ConsenSys, which was forced to lay off 14% of its staff in February.

Considering the hype around enterprise blockchain in 2017 and 2018, it may seem odd to many that the sector has been struggling. The reason is probably quite prosaic – the technology was never ready to match the expectations placed on it at the time. To this day, Ethereum continues to battle scalability issues, and this is unlikely to change until the full ETH 2.0 upgrade is complete, which will take another year or two.

However, while the 2.0 upgrade may solve Ethereum’s scalability challenges, the platform still remains a purely infrastructural solution. In the meantime, other platforms have taken some of Ethereum’s core capabilities and expanded them into a full suite of tools.

Notably, ‘Smartweb’ project Elastos has emerged as a creditable enterprise opponent to Ethereum, with a host of features designed to appeal to enterprise users. Perhaps in part due to the project’s scope that’s trailing as far as the formation of a ‘Cyber Republic’, Elastos has been flying low under the radar over recent months and even as far as the past few years. However, the project’s novel approach to enterprise usability is worth further investigation.

As one of the oldest and most-used blockchain platforms, Ethereum is highly secure due to its decentralization. Currently, it would cost over half a million US dollars per hour to attack the Ethereum blockchain.

Elastos has implemented a multi-chain architecture comprising a main chain and connected side chains. The main chain is the backbone of the ecosystem, with ELA as its native token. which is merge-mined with Bitcoin. Perhaps surprisingly for anyone who was previously unfamiliar with Elastos, ELA mining is secured with over 70% of Bitcoin’s hash rate, making it highly resilient against attack.

Elastos also has other security elements built-in by design. For example, dApps running on the platform don’t have access to the traditional internet, which creates a protective barrier against malicious applications. Instead, a user verifies all communications within dApps via a sidechain that uses decentralized identifiers (DIDs.)

So if two parties wish to interact in an application, to buy a service, or play a game, they can verify their identity by checking the DID. Even if an app is compromised, the parties to the transaction would have to agree to connect their app to the attacker’s DID to do any damage.

Elastos is also a member of the Decentralized Identity Foundation, an organization focused on developing an open and interoperable ecosystem for decentralized identity. Other members include IBM, Microsoft, Hyperledger, and ConsenSys. 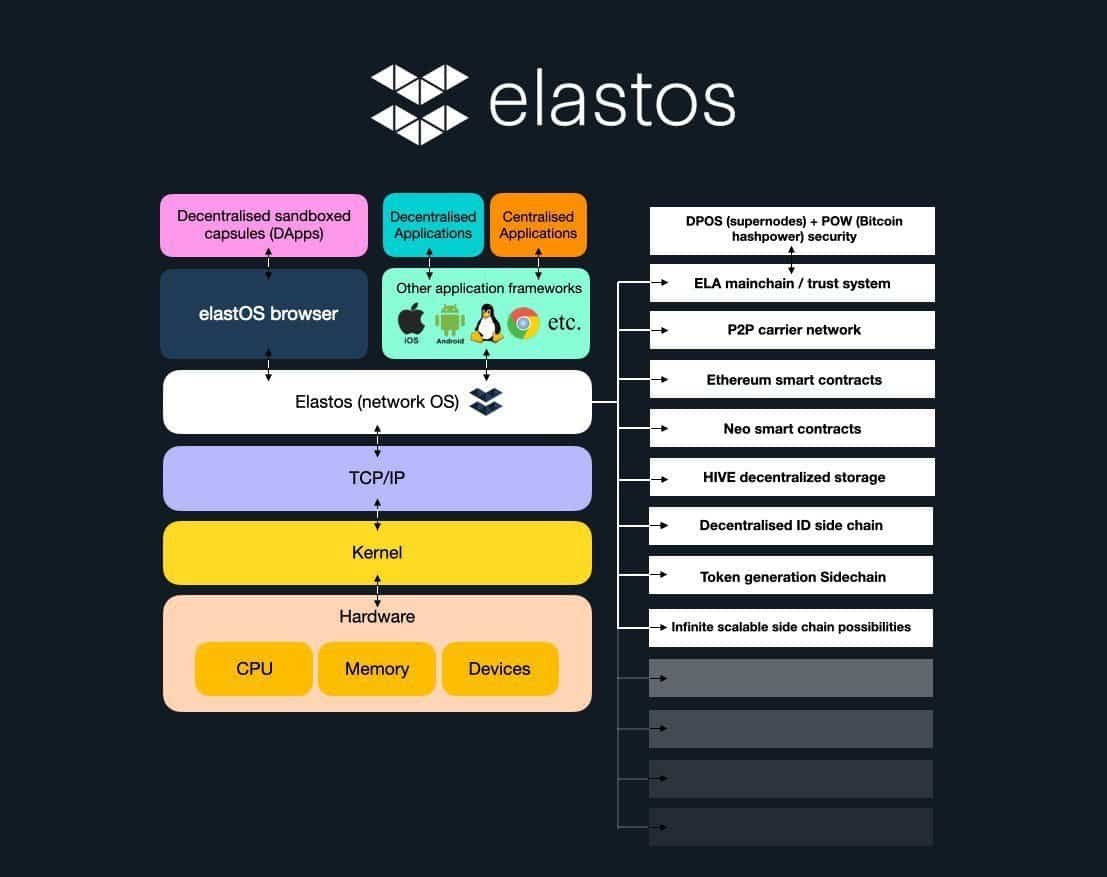 Smart contracts are perhaps the most significant selling point of Ethereum; however, thanks to the Ethereum Virtual Machine, many projects are now cloning the EVM to offer the same advantage.

Elastos offers smart contract capability using the EVM as a side chain, offering developers all the benefits of Turing-complete smart contract programming with Solidity.

However, Ethereum’s scalability challenges mean that in times of high traffic, transaction fees spike. The sudden rush to DeFi has seen Ethereum start to buckle under the pressure, pushing up DeFi-related smart contract fees close to $100 in some cases.

It’s thought that the shift to proof-of-stake will bring some improvement to the issue of transaction fees. However, until the full sharding solution is implemented, Ethereum’s throughput will continue to be limited. Inevitably, if demand continues, then the fees are likely to remain high.

Elastos overcomes this challenge by using a delegated proof-of-stake consensus run by staked nodes which validate blocks for a small compensation. As it’s far less expensive to run than Ethereum’s proof-of-work, users of Elastos can enjoy lower transaction fees. 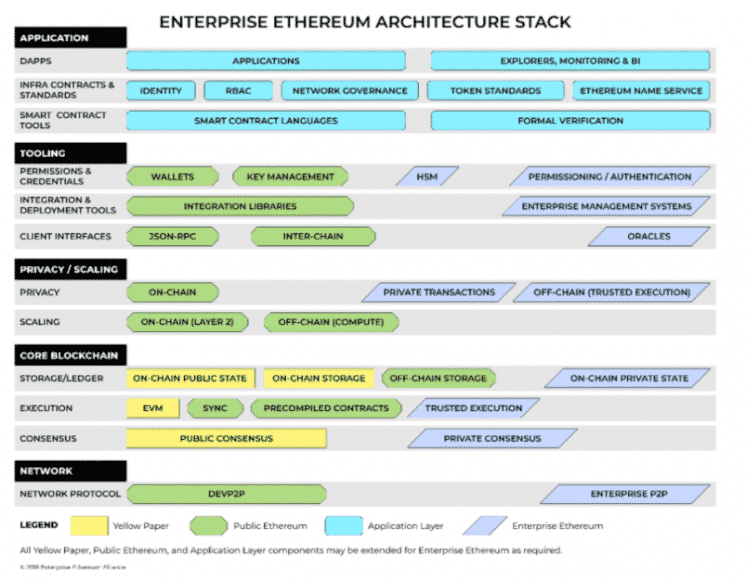 Storing data and files on Ethereum is prohibitively expensive, costing hundreds of thousands of dollars in fees for a relatively small amount of storage. Developers are left with two options. They can pay for a centralized storage service such as AWS, which throws away many of the advantages of being a decentralized application. Alternatively, they can also use a decentralized file service such as the Interplanetary File System (IPFS.)

Either way, they have to set this up themselves for their dApp to run.

Elastos offers a privacy-centric decentralized file service called Hive++. It’s built into the technology so that developers don’t need to use multiple services. With Hive++, a user can run their own node where all data from the apps and DID profiles can be stored safely. Effectively, Hive ++ has the edge over IPFS in that it’s privacy-centric, as well as decentralized.

For several years now, Ethereum’s own success has created more issues for the core development team than they can solve. Furthermore, in keeping 100% of efforts focused on scalability, Ethereum remains a pure infrastructure solution that doesn’t offer much in the way of usability.

The time it’s taking to solve these issues, and the open nature of the EVM, have given projects such as Elastos time to develop a more full-featured, usable solution ready for immediate adoption by enterprises. Across virtually any use case where transaction privacy, identity, and security are paramount, Elastos has plenty to offer. Therefore, it would be unsurprising if the project starts to gain more attention for its enterprise appeal over the coming months and years.

Casper Brown
382 Articles
I am an associate content producer for the news section of Coingape. I have previously worked as a freelancer for numerous sites and have covered a dynamic range of topics from sports, finance to economics and politics.
advertisement