Bitcoin is struggling around $6,300 level while altcoins have started making recovery except for a few. Meanwhile, studies are revealing a bullish scenario as more than 70% people are aware of and interested in increasing their cryptocurrencies.

Bitcoin price down 14% as bears make a hattrick

It’s been three days that bitcoin has been clashing with bears and coming out defeated. On September 5, Bitcoin has been sitting at $7,380 when bulls first attacked the market. This took the leading cryptocurrency on a downward spiral, having lost over 14% since then. Today, Bitcoin started its day at $6,516 only to drop down to the $6,322 level.

BitForex comes at the second position with spot trading and then Binance, OKEx, Bithumb, and over 390 other markets as per Coinmarketcap.

A majority of the altcoins are registering small for a decent amount of gains. Among the top cryptocurrencies, Ethereum (ETH) and Cardano (ADA) are the only ones in the red by 2.53% at $220 and 0.75% at $0.083 respectively.

The top gainers among the top cryptocurrencies are:

Also, read: Bitcoin is Tanking But So are Stocks, Fiats & Indexes, It’s Just a Normal Cycle

79% of Americans aware of Bitcoin: Study

According to a recent study by YouGov Omnibus, a research firm that conducts nationwide surveys online revealed that majority i.e. 79% of the Americans are familiar with at least one kind of crypto, primarily Bitcoin. 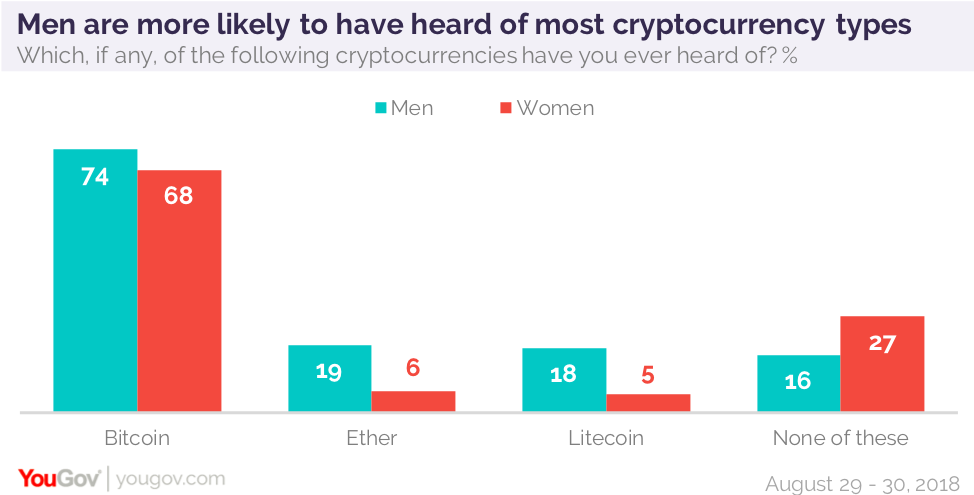 Out of people who have heard of Bitcoin, 49% are not interested while 15% wish they have bought it earlier as it’s too late now. One-third of these people believe cryptos will be widely accepted in the future. Millennials are the most interested and have faith in cryptocurrencies. 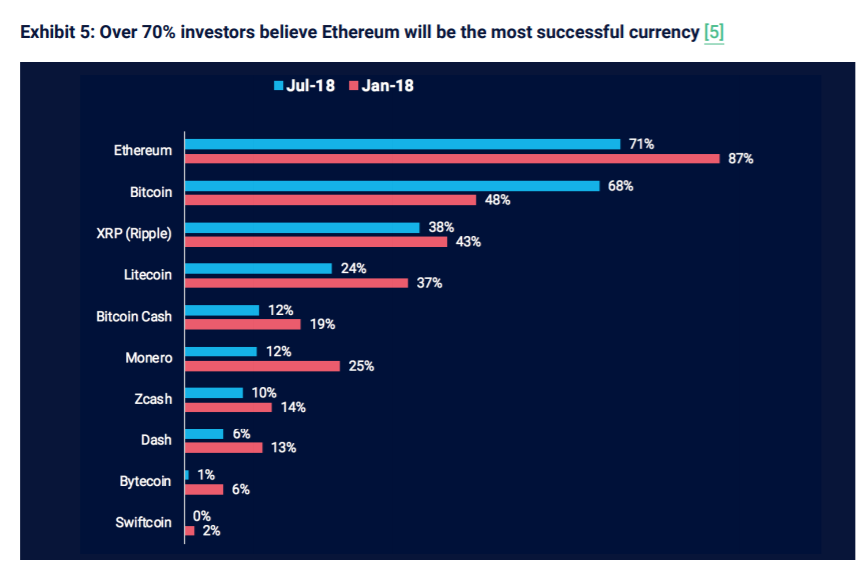 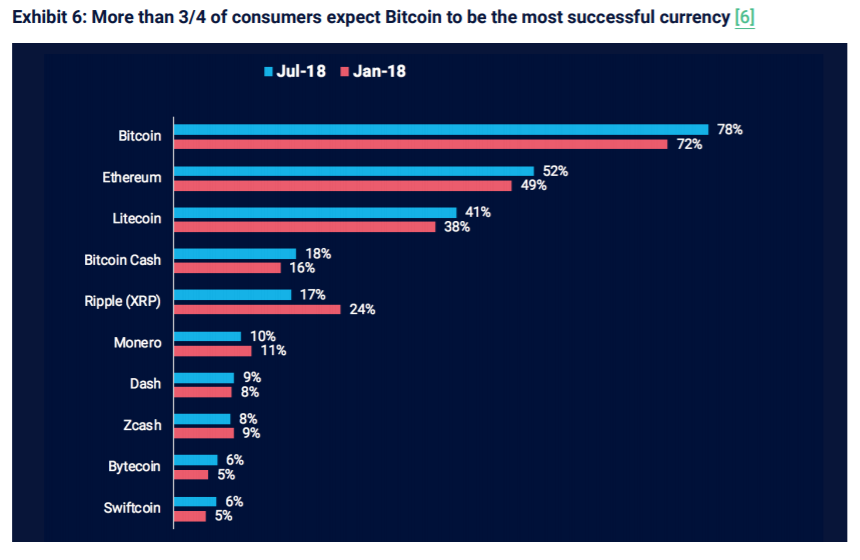 The key points have been:

The market is still slow moving and on the edge of a precipice. However, as awareness and adoption rise, it talks good things for the future of the crypto market.

Article Name
Bitcoin Struggling, Altcoins Recovering while Studies Reveal Bullish Crypto Data
Description
Bitcoin is struggling around $6,300 level while altcoins have started making recovery except for a few. Meanwhile, studies are revealing a bullish scenario as more than 70% people are aware of and interested in increasing their cryptocurrencies.
Author
ANJALI TYAGI
Publisher Name
COINGAPE
Publisher Logo