A news piece regarding an Israeli sovereign fund investing $2.3 billion in Bitcoin (BTC) turned out to be fake. The news gained a lot of mainstream attention due to Yahoo news sharing it. Later it was found that Yahoo used another Twitter source to broadcast the news, leading to the mix-up.

Israeli Consulate of the Ministry of Foreign Affairs in China also got caught up in the fake news as they shared the same Yahoo News link on their official Weibo (Chinese Twitter) account. The consulate has since deleted the tweet. 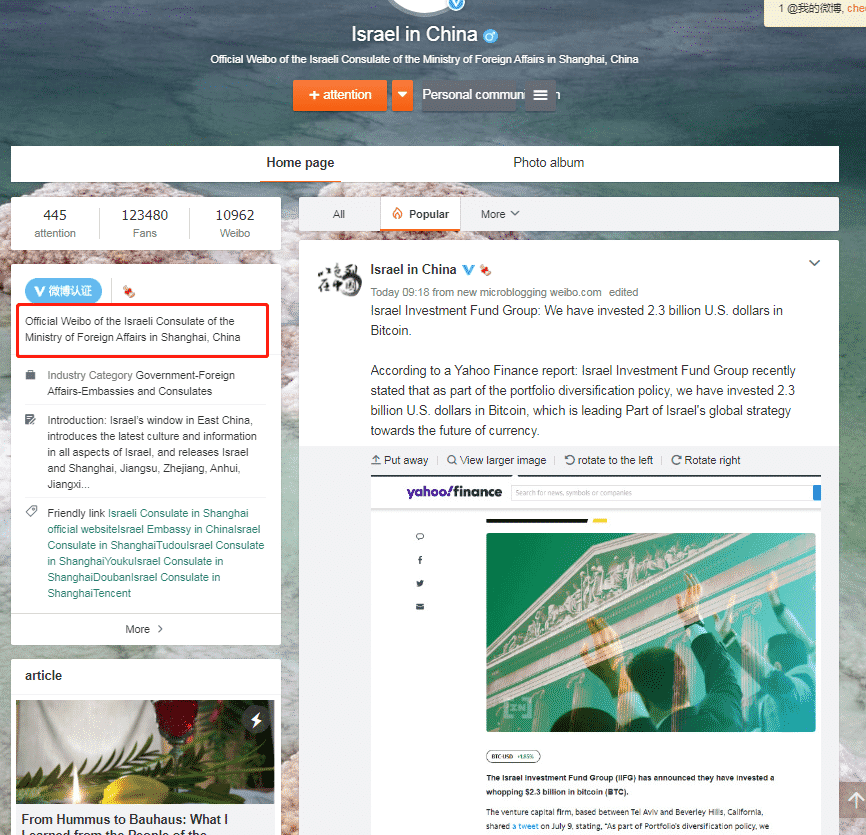 The truth is that Official Weibo of the Israeli Consulate of the Ministry of Foreign Affairs in Shanghai, China was also deceived by yahoo news, and yahoo’s news source is Twitter that has been suspended. pic.twitter.com/rcuxKANs7E

The source of the fake news was a now-deleted Twitter account that impersonated the ‘Israel Investment Fund Group (IIFG)’ to share the fake news. It deceived a major section of the crypto ecosystem and even the foreign consulate of Israel. It was later found out that Israel doesn’t have a sovereign fund yet.

This is not the first time when fake crypto news has got so much attention, earlier many crypto Twitter accounts that were believed to be a genuine source were found sharing fake news as well.

Crypto Investments on the Rise

Despite the recent fake news and a bearish market, crypto investments have increased significantly this year with several financial giants disclosing Bitcoin investment and offering crypto exposure to their clients. Former critics such as JP Morgan, Goldman Sachs, Morgan Stanley, and a few others have started some form of Bitcoin investment vehicles for their clients this bull season.

Apart from a growing institutional interest in crypto assets, crypto companies have also seen a massive rise in demand leading to multi-billion dollar valuations. Crypto companies have seen billions in investments this year surpassing all their funding records in the past. The likes of BlockFi, Blockchain.com, Chainalysis, Circle, and several others raised their highest capital in their latest funding rounds.

Several crypto companies have also made thi public debut this year including the likes of Coinbase, Bakkt, Circle, and Bullish, and many other crypto firms have also revealed their plans to go public by the end of this year or by early next year.