The price of Binance Coin (BNB), the native token of the Binance Smart Chain has skyrocketed to a new ATH of $148 today after breaking the $100 price yesterday. The token has risen by nearly 200% in the last week making it one of the best performing altcoins.

The price of the BNB token breezed through the key resistance of $80 and $100 yesterday with ease and today broke $120 to rise as high as $148.7. The mammoth price rally also helped BNB flip Ethereum based on daily transaction volume.

This validates the logic that low fees attracts more users & projects. We will continue to work with the #BSC community to promote low fees (even as #BNB rises) and #build more.

The sudden rise in BNB price is being attributed to the rise in popularity of the Binance smart chain which at this point has become quite popular for settling transactions as Ethereum blockchain is clogged again due to high gas fees. The rising popularity of the BSC could be understood from the fact that it raised nearly $300K in transaction fees despite being comparatively cheaper than Ethereum. 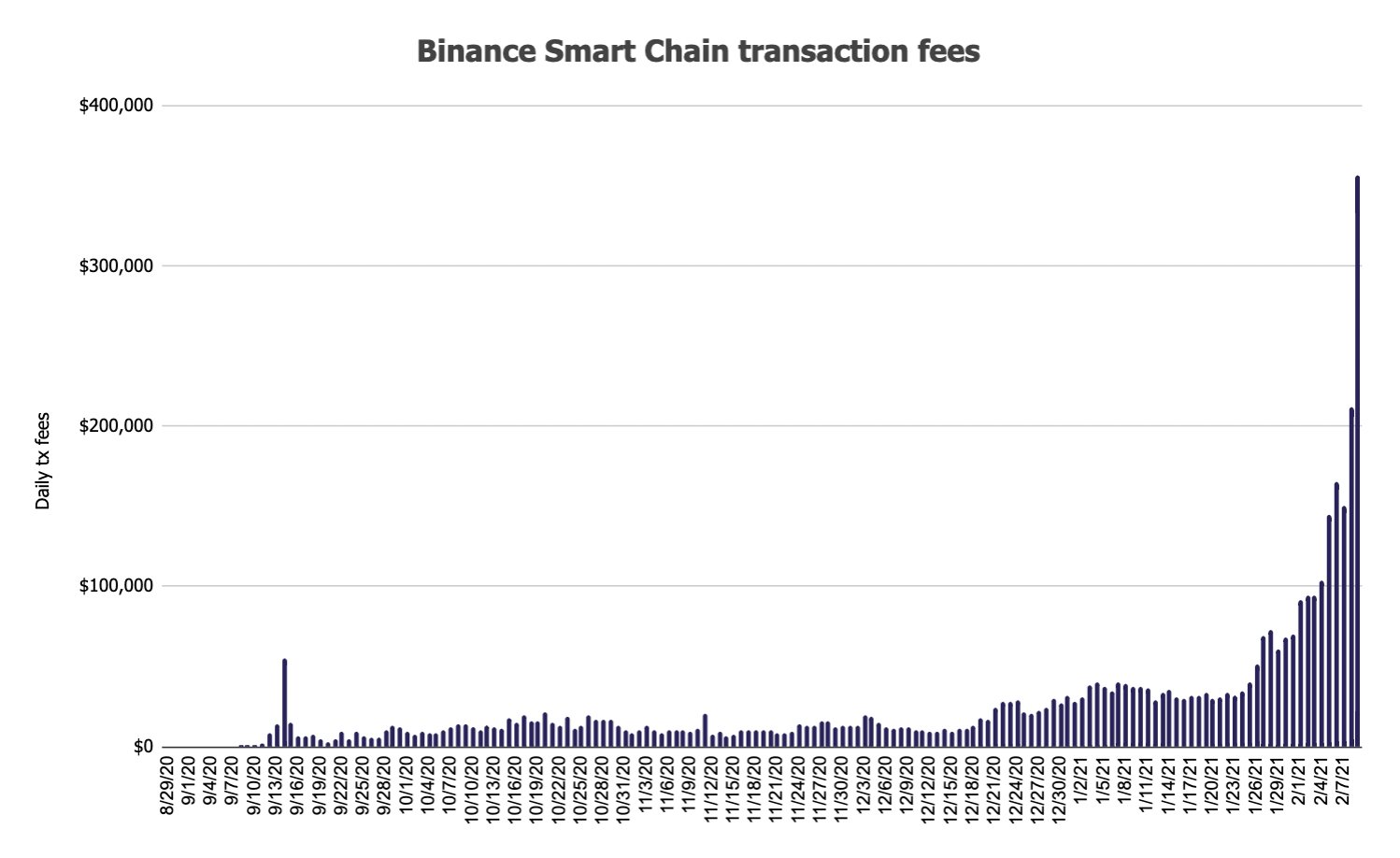 Ethereum is currently trading near ATH of above $1,800, however, the ghost of rising gas fee has come back to haunt the network again. Ethereum’s loss has turned into an opportunity of a lifetime for Binance’s own blockchain. The high demand and lower gas fees have made BSC the choice of many traders for settling ERC-20 transactions this bull season.

The first stop to explore your #DApps world

While the BSC is not as decentralized as many would like, but in the short term when using Ethereum blockchain has cost many traders more than the transaction value, BSC emerges as a likely choice. The fact that it is a Binance product makes it even more popular given the platform’s growing adoption. Until Ethereum resolves the gas fee which might only happen with the full launch of ETH 2.0, BSC has emerged as a growing choice for the time being.

The rising popularity of Binance Smart Chain has also helped in skyrocketing Binance Coin price which looks set to create another all-time-high above $150.