Walken is a move-to-earn blockchain game that combines physical activity in real life with blockchain-based gamification features turning walking into an enjoyable and rewarding activity that benefits players beyond health. Ultimately, Walken gamifies healthy habits and makes them part of one’s lifestyle naturally while providing equal opportunities to both crypto enthusiasts and non-crypto people to experience DeFi and earn crypto tokens.

The Walken beta on iOS devices had been running for a month when the team announced the first stage of closed beta testing on Android to begin on Friday, April 15. A limited number of testers from the whitelist will get invites to join beta on Android and have a chance to experience what the application has to offer. Each tester gets an in-built wallet and one in-game character (we call them CAThletes, from ‘cat’ + ‘athlete’) for free upon registration and will be able to start playing once they’ve finished sign-up. Walken grants users an easy-to-use and convenient interface that enables those with even minimal crypto experience to dive into the world of Web3, get their first NFT assest quickly and start earning.

The beta test will run until early May to be followed by IDO/IEO and the official release of the main version. Besides being the first to discover and play Walken, beta testers will have the tokens earned in beta converted to $WLKN tokens (the conversion rate is to be announced later) and keep their NFT CAThlete on their wallets.

Walken beta is a full-fledged version of the game, offering all the key game mechanics for a tester to experience its potential. Built on the Solana blockchain, Walken enables players to get rewarded for being physically active in a fun and engaging way by moving, playing and earning $WLKN tokens and upgrading their CAThletes.

The gameplay is focused on running competitions for CAThletes. CAThletes are NFTs, minted from a set of 6 genes and given Pokemon-style names. Each CAThlete has 3 stats – speed, strength, and stamina, with a genetically set potential maximum for each stats.

Voting On New Terra Chain To End Soon, Where Does The Tally Stand? 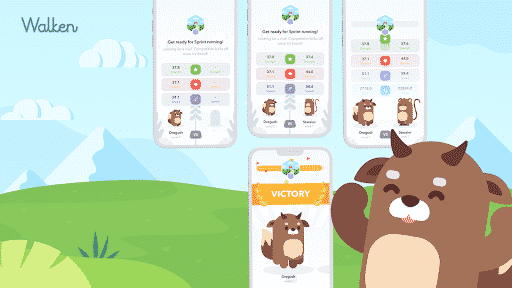 While walking in real life, players earn gems (in-game soft currency) for their steps. These gems can be spent on filling in a CAThlete’s level progress bar. Once it’s filled up, a CAThlete can be taken to the next level, with its stas (speed, strength, and stamina) also growing, which in turn boosts their chance of winning in competitions.

There are 5 Leagues with a minimal entry level for each League. The players are encouraged to level up their CAThletes and access higher Leagues where rewards are higher. In each Leagues, CAThletes compete in three main disciplines: sprint, urban running and marathon. All the 3 stats are taken into account when determining the winner of the race, but for each discipline a certain one is most important: speed for a sprint, strength for urban running, stamina for a marathon. Moreover, the recently reimagined competitions highlight the importance of steps: a user’s step count for the last 24 hours is also taken into account. 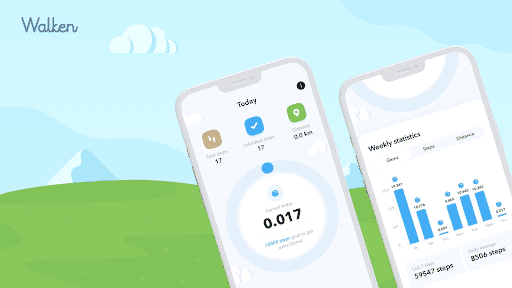 Since each CAThlete’s stats are unique and each one is genetically more of a speedy one or predisposed to higher endurance or strength, it makes sense to play to its strength and compete in that discipline in which a CAThlete has more chances to win. Thus, the players can reap decent rewards by consistently walking, leveling-up and competing.

Essentially, Walken is democratizing blockchain gaming for those who need it the most by providing in-game wallet and character and onboarding non-crypto people to DeFi.

With its user base expanding rapidly, Walken is set to launch its token, $WLKN, in early May, just before releasing the main version of the game. This token will serve as the primary currency in Walken and will be used to reward competition participants, facilitate liquidity pools, and enable staking.  Walken is set to be a potential game-changer among NFT-games, impacting real lives and encouraging people to move more in a fun way.

Voting On New Terra Chain To End Soon, Where Does The Tally Stand?