Following yesterday’s massive Bitcoin rally that took the price of the leading cryptocurrency by market cap from approximately $4150 to over $5,000 before finding support at roughly $4,700, a spokesperson for PrimeXBT revealed that nearly 70% of traders using the cutting edge platform were in profit after the move.

The powerful move, which took Bitcoin to its 2019 high, may have been due to a new major player entering the crypto market according to reports. The new market “whale” joined other buyers, absorbing any and all sell volume bears threw their way. Oliver von Landsberg-Sadie, chief executive of cryptocurrency firm BCB Group said the buyer had as much as $100 million or 20,000 BTC on order, causing a spike in volume.

PrimeXBT is a relative newcomer to the crypto market, offering the ability to tradea variety of digital assets using up to 100x leverage. Despite the platform allowing traders to profit off of falling prices, PrimeXBT has long predicted market growth. However, at the same time, PrimeXBT suggest traders hedge their positions to protect capital in case the market continues downward trend.

PrimeXBT traders were clearly prepared for the strong rally, predicting the upward movement. But why is the market growing now? Let’s take a look at our detailed technical analysis.

As you can see in the below chart, $6,000 provided a strong level of support (green line). Each time price touched this level, it was instantly bought up by bullish buyers causing a rally to occur. But buyers were unable to take the price through downtrend resistance following each rebound, resulting in lower and lower highs (depicted with the blue line). 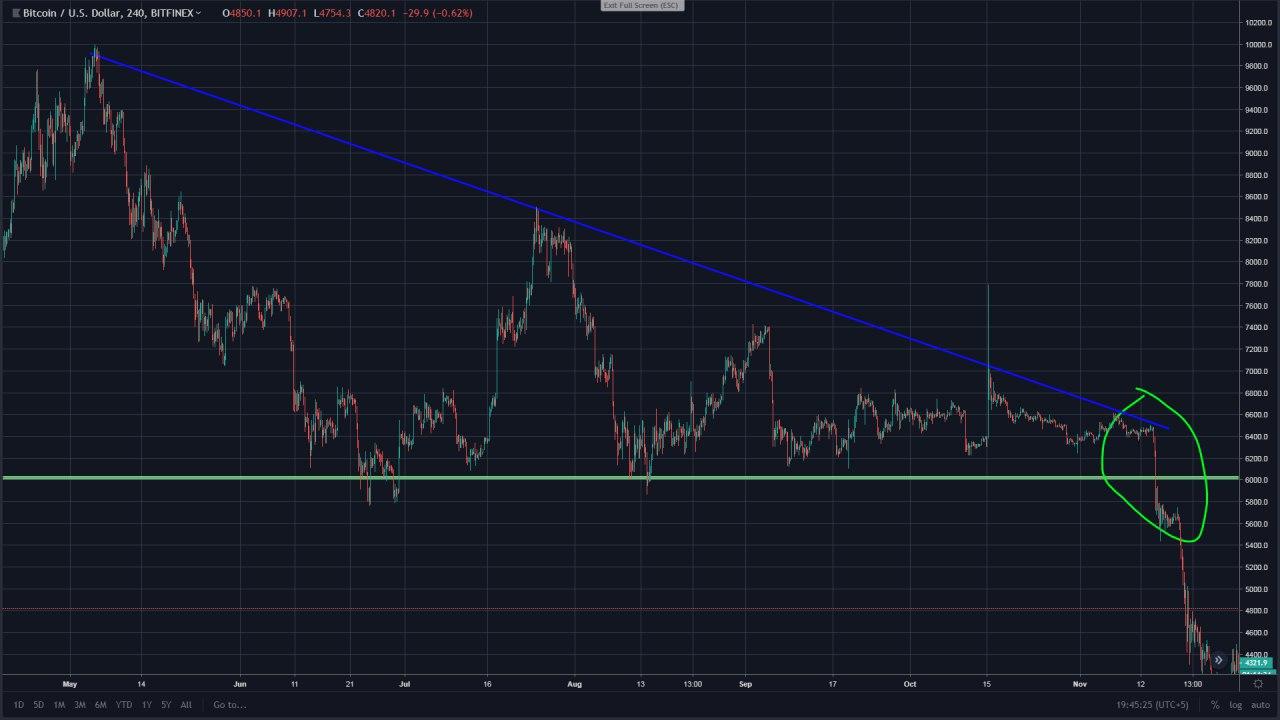 When Bitcoin reached support at $6,000 in November 2018, there were no buyers left to absorb the bearish sell volume, resulting in a break of $6,000 and new yearly lows.

The Bitcoin price chart has painted a mirrored image of the November 2018 chart. This time, resistance at $4,200 (in grey) was repeatedly being tested by buyers. Each time the price reached critical resistance at $4,200, sellers rejected the price down, causing each rally to come to a crashing end. 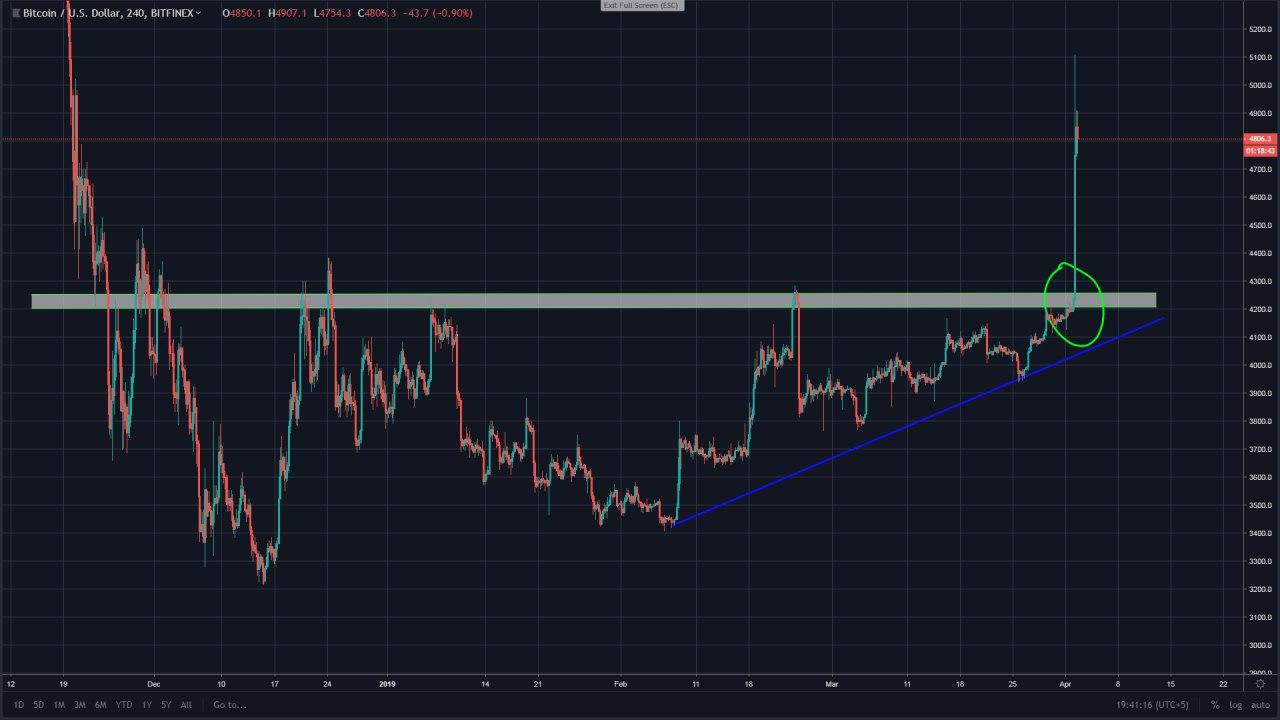 After each touch of resistance, the price of Bitcoin fell to increasingly higher lows, which showed that buyers were ready to step in at each new price level. It also shows that sellers have run out of steam, and the market has begun to turn bullish.

Following the powerful rally, PrimeXBT officials stated that 68.7% of their clients had taken a long position on Bitcoin, and their profits ranged from 300% to 1200% from their initial deposit. When pressed for more information, a PrimeXBT spokesperson declined to comment, citing internal company privacy policies.

PrimeXBT is a 4th generation cryptocurrency exchange and trading platform, offering 100x leverage across a variety of crypto trading pairs, including Bitcoin, Ethereum, Litecoin, Ripple, and EOS. The trading platform was founded on decades of expertise derived from traditional markets.

In addition to sharing this recent customer profit data report, PrimeXBT last month announced that the platform will be rolling out exciting new features that will “transform the crypto market.” PrimeXBT officials remain tight-lipped over the new features, but a spokesperson revealed that more information will be released “soon.”