Talking about Bitcoin’s peak, $19,500 has been its ATH, after which the price been on a downward slide only. But what exactly is affecting the prices?

According to the new research done by Joost van der Burgt, an economist who is also a policy advisor at the Dutch National Bank, there is a connection between the bitcoin price movements and its Google searches. There has been an almost perfect correlation between the two until the price of bitcoin started sliding in early 2018. 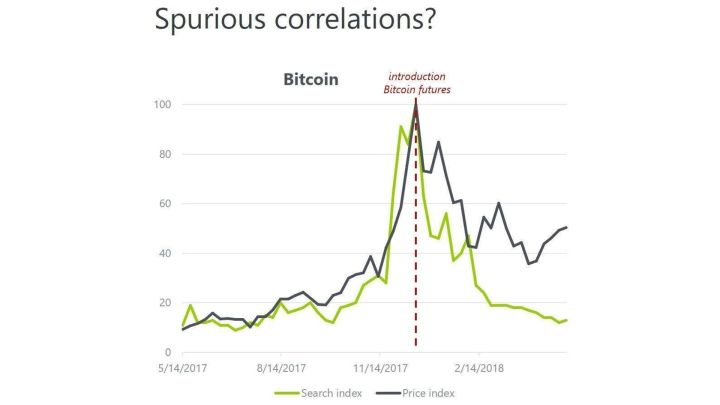 “Every time Bitcoin was in the news, be it positive or negative, the price went up accordingly.”

He also pointed out the introduction of Bitcoin futures right at that time, which might not be a coincidence, stating:

“My take on it is that because of the introduction of futures, that might have deflated the bubble before it got to a level where it might burst completely.”

Having said that, the point worth noting is every time the bitcoin futures expire, bitcoin price takes a hit and slides down. The fact that futures give the big players the opportunity to short or long bitcoin, this just might hold the significance.

In relation to Gold, Van der Burgt found no correlation. But he firmly believes public awareness about an investment certainly helps in driving the prices upwards stating:

“If the buzz is everywhere, it doesn’t matter exactly what the news is about… nobody wants to miss out and everybody’s trying to get a piece of it.”

An interesting reveal of Google Searches is the 2017 Trending topics in the United States. “Bitcoin Price” got the 5th most trending “news” topic while “How to buy Bitcoin” made it to the 5th on “How to” list. “What is Bitcoin” has been the 2nd most trending “What is” topic on Google’s US searches.

“How to buy Bitcoin” in Top 5 Search Topic, United States for 2017, from Google Trends – https://t.co/omULxl5nqM

“This suggests to me that stocks are driven by fear and crypto by greed, a tantalizing idea in its own right.”

Do you agree that Bitcoin hype drives Bitcoin price?