As XRP price drops more than 30% after the new of SECs lawsuit against Ripple, CEO Brad Garlinghouse, recently shared a note with the Company’s employees. The CEO emphasized his willingness to win the legal fight after the SEC charged Garlinghouse, and the co-founder, Chris Larsen, with raising capital by selling XRP as an “unregistered security”, violating the SEC’s regulation laws.

In a recent letter, Garlinghouse tried to relieve his employees by stating that Ripple is on the right side of the legal fight after reading the $1.3B legal claim from the SEC:

What I DON’T want is for you to worry. We will get through this, and we will prove our case in court. We have a phenomenal legal team and like I said, we are on the right side of the law to begin with. Know, however, that the legal system is slow, and this is just the beginning of a long, civil process.

XRP Price has dropped nearly to 40%, with fewer large holders and more selling pressure, according to an analysis from Santiment Data. The heat came when the SEC stated that Larsen and Garlinghouse made $600 million in profits with unregistered sales of XRP tokens. Likewise, the federal entity claims that XRP was sold in a “Bitcoin” style instead of security. 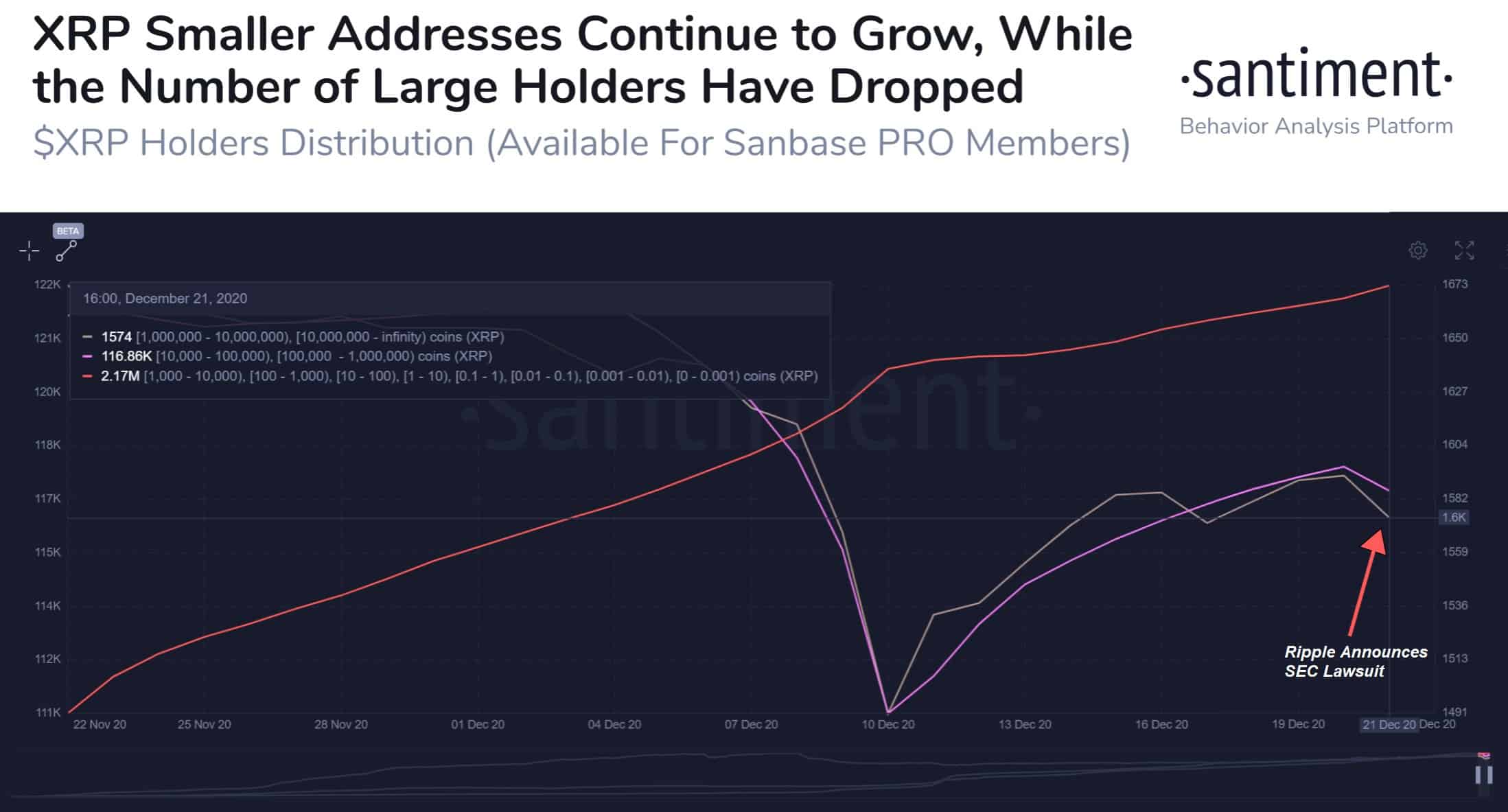 XRP has lost $7 billion market capitalization, ending the rally that started in November, and an intraday price of $0.35 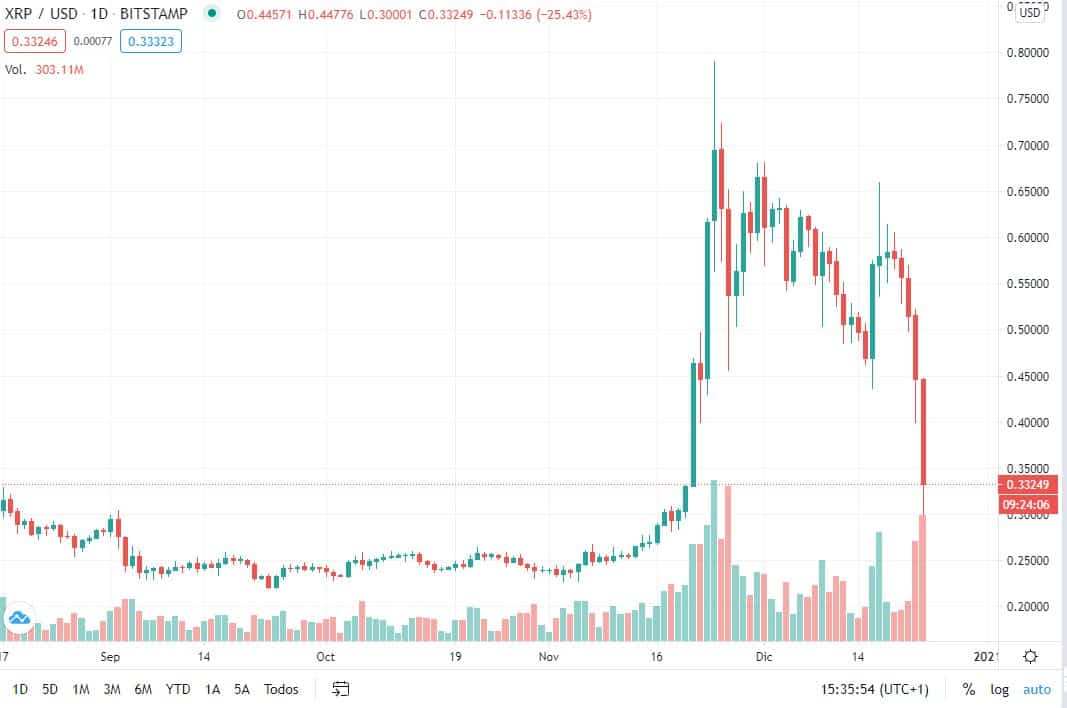 It seems that the XRP price drop has been a disaster for the company, as not only the number of holders seems to decrease daily. Now small exchanges are removing Ripple from their trading list.

Beaxy, an online crypto trading platform, remove XRP from its list following the SEC’s lawsuit. According to a statement, “XRP withdrawals will remain enabled until further notice”. U.S.-based exchange CrossTower is the second company to remove Ripple from its list. The list of platforms suspending XRP trading and investments is joined by OSL and Bitwise and both have removed XRP from their platforms.

While the note stated that XRP remains the third-largest cryptocurrency globally, it was surpassed by Theter, ranking now in the 4th position by market cap.

“The SEC is completely wrong on the facts and law and we are confident we will ultimately prevail before a neutral fact-finder. XRP, the third largest virtual currency with billions of dollars in trading every day, is a currency like the SEC has deemed Bitcoin and Ether, and is not an investment contract.” Stated Andrew Ceresney, Debevoise & Plimpton

Unlike other blockchains, Ripple works with banks and traditional fiat systems. Being launched in 2013, XRP was first intended to be a “bridge currency” for financial institutions. The objective was to make cross-border transactions without third parties or fees that usually come with them.

Ethereum Founder is No Longer a BIllionaire