During the past week, EOS Ram price took a surge as the demand and supply rose significantly. This inspired a centralized Indian crypto exchange Bitbns to allow RAM trading on its platform. According to the latest observation, EOS RAM fee which is currently totaling 1.28 million EOS, is not held by anyone reflecting a potential coin burn scenario.

EOS RAM fees have been in the limelight since past week as its price went from mere 0.1 EOS per kilobyte to 0.57 EOS/KB at one point. This has the EOS community in an uproar as to how the prices took such a surge. 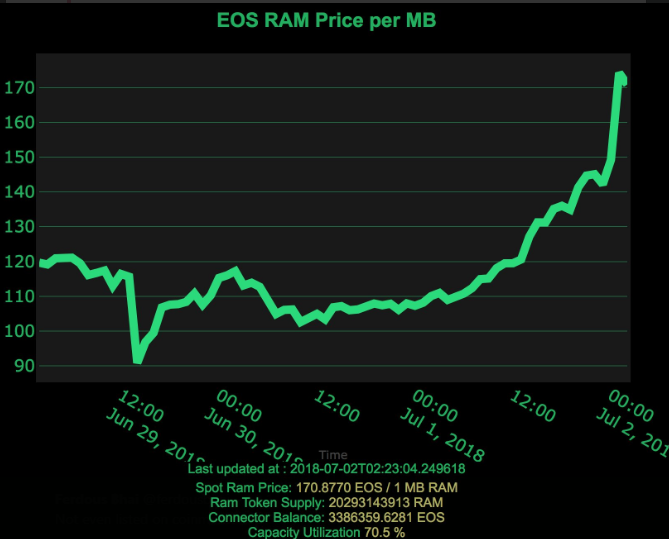 However, this turns out to be a good thing for EOS in the long term. As pointed out by a Redditor:

“Today, EOS RAM fee account reached to 1.28 million EOS. I checked with Roshan from EOSauthority, that who is holding the keys for EOS ram fee, he said no one is holding it. ideally, it is locked up and no one going to have access to those coins forever that is equal to burn. this is more than what block producers earning.” 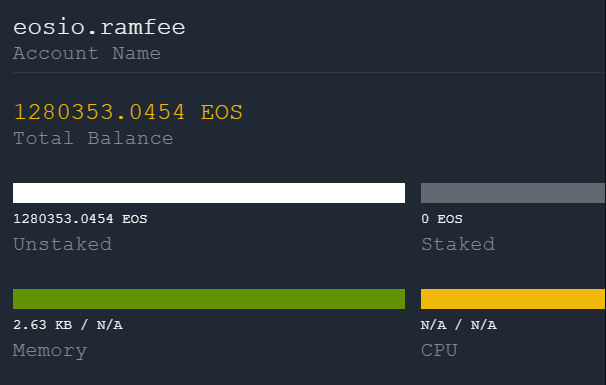 Recently, Dan Larimer has stated that at the moment EOS is deflationary. Deflation usually happens when supply is high and demand is low. The rising price has Larimer explaining about the EOSIO RAM market and the Bancor Relay algorithm that works behind it.

RAM is basically used by developers on EOS network to store account data such as contract state, keys, and balance related to the production and launch of Dapps. In EOS’s memory database, it can be referred to as general storage space that can also be used to create accounts.

As more developers start adopting EOS network to build their Dapps, the demand for RAM will increase that will further increase its price. With only ~17% of RAM left, now one has to purchase it from those that own it.

According to the company, RAM can be purchased but not exchanged between the clients. Having no P2P market for EOS RAM, a free market approach is adopted by the company by letting the clients buy and sell RAM that enables more liquidity in the market.

One Redditor showed his appreciation of the current situation with,

“Dan is a genius, I remember when he said he will introduce this 1% RAM trading fee back in April to offset inflation, I did not think much of it back then, but now he said EOS is running at a 2% deflation, which is great for us EOS long-term holders.”

Now, an Indian centralized cryptocurrency exchange, Bitbns has decided to leverage this market by becoming the first global exchange to list EOS RAM for trading. At the time of writing, EOS RAM price has been INR 0.25 i.e. 0.0036 USD.

The world’s 5th largest cryptocurrency EOS with a market cap of $7.7 billion is currently at $8.63. In order to buy RAM, one has to use their EOS and if this EOS RAM fee is not sent to an account that cannot be accessed by anyone and is potentially burned, it will be beneficial for the EOS price and value in the long term.