EOS is undergoing a lot of issues right now with its ongoing controversy regarding governance, arbitrators, and Daniel Larimer’s proposed new constitution. However, being a favorite among the experts, surpassing bitcoin in transaction processing and continuous Dapp developments, EOS is ahead for a good future.

EOS: A favorite among the experts

Recently, EOS was surrounded by a lot of confusion and controversy and got a lot of flake for the issue around its governance and arbitrators. But EOS founder and CTO Daniel Larimer came in like a hero to save the day and decided to just throw away the existing constitution and proposed a new one.

The world’s 5th largest cryptocurrency has all the limelight but it’s not driving the prices. However, as the dust settles around EOS’s constitution and issues, it will take a hike and rise above its $21 high on April 29. Being a favorite among the experts, defeating Bitcoin in processing transactions and having Dapps launched on its platform, EOS is in for a bright future.

Crypto communities have always been extremely loyal or extremely anti of other cryptocurrencies. And EOS is no exception. However, EOS is certainly favorite among the experts.

This month, the Chinese government released its 2nd edition of cryptocurrency ratings where EOS emerged as the winner. CCID  that reports to China’s Ministry of Industry and Information Technology follow a rigorous analysis for the rankings that is carried out by “first-rate domestic experts and scholars.” With the goal to evaluate the innovativeness, technological capability and the usefulness of the project, EOS has clearly made an impact.

Recently, the billionaire and crypto hedge fund manager Mike Novogratz also stated that he is bullish on EOS.

Suggested article: Is EOS Threatening Block Producers for “Not Complying” with ECAF Order?

EOS up for a good time & a good hike

“People seem to forget, but Ethereum in its early days back in 2015 when the blockchain launched, it launched with no tooling, no infrastructure at all. People were really trying to beat this thing into the ground, and the system was pretty just as challenging to use for quite some time. EOS was better than that.”

Moving on to the Dapps that are being built on the EOS platform, it is surely flourishing in that department. It is constantly growing and expanding EOS ecosystem. Moreover, according to blocktivity.info, through by a small margin, EOS is above Bitcoin. 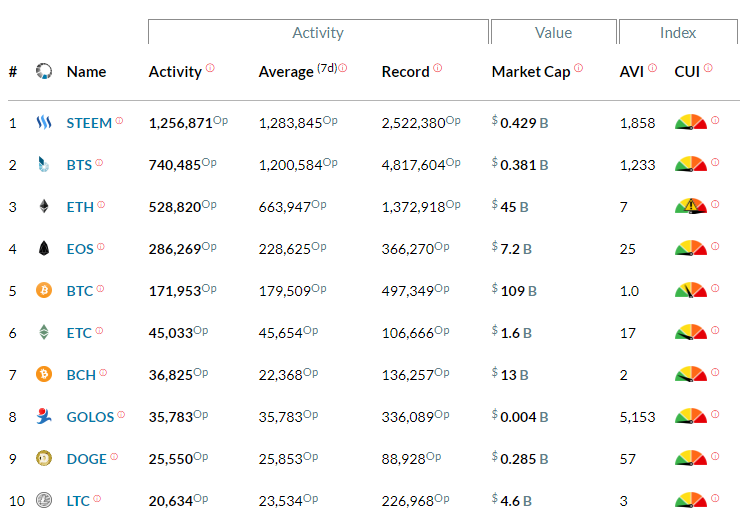 According to Coinmarketcap, at the time of writing, EOS has been sitting at $8.04 with a loss of 0.55 percent in the past 24-hours. It is currently down by 0.01% in the BTC market while running in the green by 0.07% in ETH market.

In the past 3 months, EOS price has hit its highest at $21.97 on April 29th before its token swap which was a huge leap but not surprising in the crypto community.

The $7.2 billion market cap cryptocurrency is managing the daily trading volume of over $616 million.

Though EOS is currently going through a rough period, given the experts’ bullish sentiments and the ongoing growth only talks good future for this cryptocurrency. Despite being a volatile market, once EOS settles down, keeps on progressing in terms of transactions processing, Dapps built up and a strong network, it won’t be long for EOS to go well above the $20 price level.

What are your views on EOS development and its price movement? Share your thoughts with us!

✓ Share:
A computer science engineer, I have been adamantly following the blockchain and cryptocurrency industry for the past 2 years. A crypto enthusiast and hardcore blockchain follower. Reach out to him at [email protected]

Three Arrows Capital Files For Bankruptcy, Co-Founder Sells His House
Facebook Instagram Twitter LinkedIn
Partyush Goyal
38 Articles
A computer science engineer, I have been adamantly following the blockchain and cryptocurrency industry for the past 2 years. A crypto enthusiast and hardcore blockchain follower. Reach out to him at [email protected]