Bitcoin’s (BTC) price continues to trade under $32K as bearish sentiments dominated the crypto market. The top cryptocurrency’s failure to move out of the $30K-$40K price zone and fear of losing the key $30K support for over two months has put many traders in doubt whether we are already in a bear cycle. However, analyst Willy Woo has pointed towards a key on-chain metric that indicates that the bull market is far from over.

The bitcoin market might have gained institutional support with several financial giants and wealthy traders flocking to add BTC to their portfolio, but it’s the retail traders that drive the market. Willy Woo pointed that retail traders continue to buy more Bitcoin in the ongoing dip even when big BTC whales are selling their holdings.

According to Glassnode data, Bitcoin whales sold 4,000 BTC while retail traders bought a massive 31K BTC over the past 30 days.

It's retail that drive Bitcoin bull markets. When they stop buying, that's a bear market warning. They haven't stopped buying.

Whales only drive the short-term market (which is the meme that most fixate on). In the macro timescale, I refer to whales, dolphins, and sharks bootstrap the start of a bull market. Plebs drive the middle and end of the bull market.

Large whales impact the market sentiment only in the short term and their continuous selling spree is being neutralized by smaller whales accumulation. While many disagree and claims large whales have a bigger impact on the market than retail traders Woo claim otherwise. 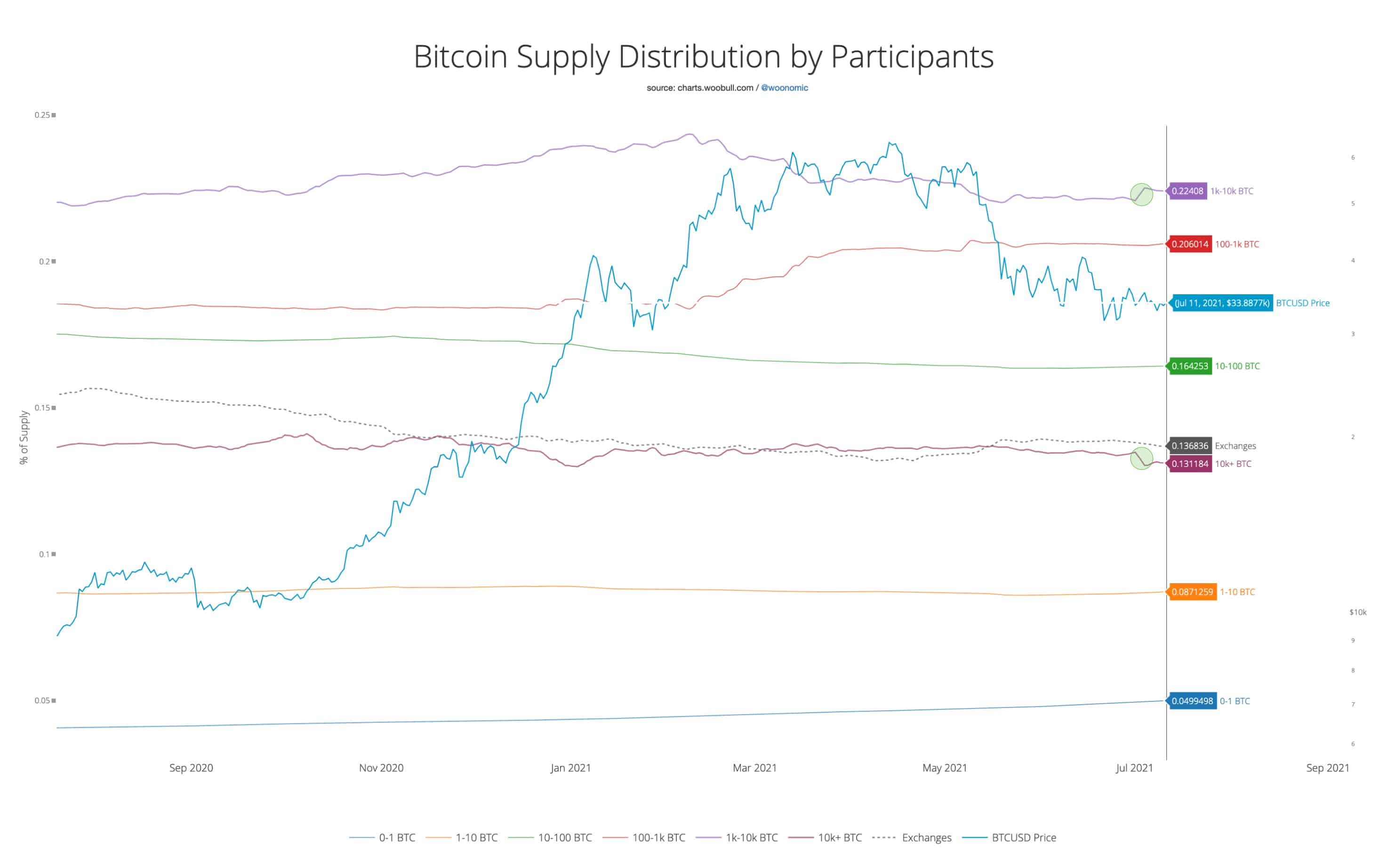 There has been a couple of large whale deposits onto exchanges over the past few days, the first one being a massive 14,550 BTC transfer on Binance, another 13,003 BTC was moved to Coinbase earlier today. However, the net flow of Coinbase suggested that it was an internal wallet transfer.

Another analyst Ki-Young believes the strong selling pressure throughout July gives bear an upper hand in the current market. According to Young, if the Exchange whale ratio continues to remain above 85%, it indicates whales are moving their stash onto exchanges for selling.

Bitcoin was trading at $31,543 at the time of writing and currently fighting to hold onto the critical support zone of $31K-$31.5K.