Cryptocurrencies starting with Bitcoin were conceived with privacy in mind. Instead of using a bank card that is linked to a legal identity, transactions from an anonymous crypto wallet could now be used for transfer and purchase. However, with the increased adoption of crypto, concerns about the legality and financial regulations of crypto use became more prominent.

Bitcoin, Ethereum, and other popular crypto assets have public blockchains where all transaction information is recorded. This makes it easy to track the movement of funds from one wallet to another. Government agencies have managed to use crypto forensic tools to identify where funds are coming from and, in some cases, even pinpoint the identity of the wallet holders. While this is a measure that prevents money laundering and other illegal activity, the anonymous nature of crypto is in jeopardy. 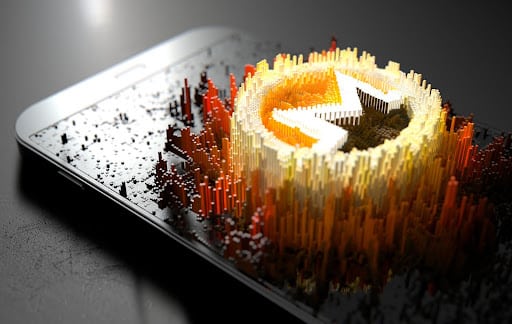 Monero was introduced in 2014 by a user named “Thankful_for_today” on the Bitcointalk forum. Based on CryptoNote technology, Monero is a fork of Bytecoin, the oldest private coin. Because Bytecoin had some issues with over 80% of the total supply already in circulation when the coin was made public, it was hard forked to create a new coin that won’t have that issue. The new coin was called Monero which means “coin” in Esperanto.

Monero is an open-source untraceable blockchain. To ensure the privacy of users it utilizes ring signatures and stealth addresses. Ring signatures are anonymous digital signatures that enable to conceal sender’s identity. They show that a transaction was sent from a group of participants but don’t reveal which member signed the transaction. To generate a ring signature, Monero groups the sender’s account keys and public keys on the blockchain.

Stealth address is another privacy feature that generates one-time use addresses for each incoming transaction. This conceals the destination address and the identity of a recipient. Monero also employs Ring Confidential Transactions (RingCT) that hide the amount of a transaction.

Monero can be mined individually or by joining a mining pool. It runs on OS platforms including Windows, Linux, macOS, FreeBSD, and Android. Mining of Monero does not require specific hardware and can be done with just a standard computer. 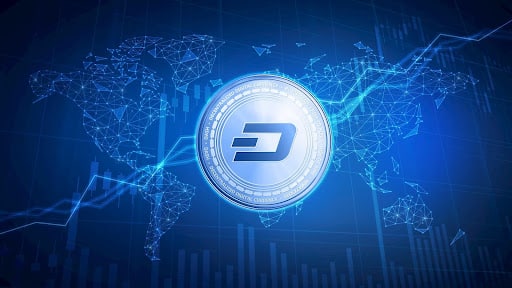 Dash is an open-source peer-to-peer cryptocurrency that has a strong focus on building scalable digital payment systems. It was launched in 2014 by software developer Evan Duffield under the name of XCoin which was then changed to Darkcoin. In 2015, the currency was rebranded to Dash which underlines its mission of being used as digital cash.

Dash utilizes the PrivateSend feature that allows users to choose whether they want their transactions to be anonymous. This makes Dash useful for participants who prioritize anonymity as well as those who need to comply with their country’s regulatory requirements.

Choosing to make the transaction private will slightly raise a transaction fee. These transactions are processed by masternodes that perform essential functions of the Dash network including making transactions private.

Another advantage of masternodes is an InstantSend feature that allows transactions to be fully confirmed within 2 seconds and the CoinJoin feature which makes transactions harder to trace via a method of running a sequence of transactions.

Dash uses a two-tier network structure. The first tier is based on a Proof-of-Work mechanism where miners solve complex mathematical problems and add new blocks of transactions. The second tier is masternodes that can be run by anyone who proves ownership of 1,000 DASH. They are responsible for privacy features and can also vote on governance and funding proposals. 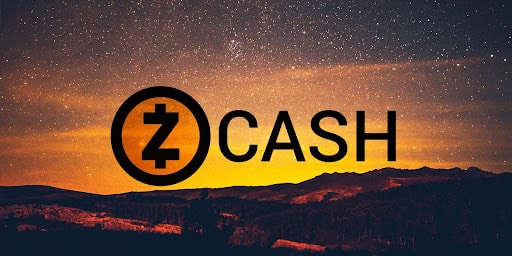 Zcash was created in 2016 by Zooko Wilcox, a blockchain developer. It set out to make an alternative to the Bitcoin network adding security and privacy features while also making transactions faster. Since then, Zcash has been endorsed by prominent figures including famous whistleblower Edward Snowden, crypto legend Roger Ver, and a former banker Barry Silbert.

Zcash utilizes a technology “zk-SNARKs” which is short for zero-knowledge succinct non-interactive arguments of knowledge. To put it simply, this technology allows transaction participants to shield transactions and avoid revealing their addressed with the Zero-Knowledge Proof tool. It doesn’t only hide the wallet addresses but also the transaction amount.

Anonymity is not a default option as users can choose from 4 types of transactions:

Zcash uses a Proof-of-Work mining algorithm. GPUs and ASICs can be used for mining. However, the rising hash rate and network difficulty mean that GPU mining of Zcash is not recommended, and ASIC mining is more realistic. It’s also advised to mine with a mining pool rather than solo. 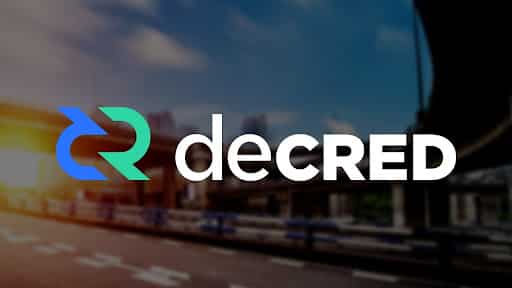 Decred was launched in 2016 by Jake Yocom-Piatt, CEO and co-founder of Company 0, an open-source software company focused on privacy and security. Decred stands for “decentralized credit” and it was designed to eliminate scalability issues of Bitcoin. It also empowers participants of the network with a set of rules that consists of guiding principles, a system of governance, and self-funding mechanisms.

Initially, Decred utilized a private ledger where recipient and receiver address, as well as transaction amount, were visible. The privacy feature has been in the works since 2017 and by 2019 its launch was announced to the community. Decred hides user identities through servers that jumble transactions and keep user data private. This process leverages the high volume of daily ticket transactions from Decred’s governance system to help fill the mixer.

Decred uses a hybrid of Proof-of-Work and Proof-of-Stake mechanisms. This system prevents large stakeholders or miners from dominating the network. New blocks are discovered roughly every 5 minutes and that’s when new DCR are created. This block reward is split three ways: 60% goes to the PoW miner who found the block, 30% goes to the PoS voters on that block (6% to each of the 5 voters), 10% goes towards the Decred Treasury. 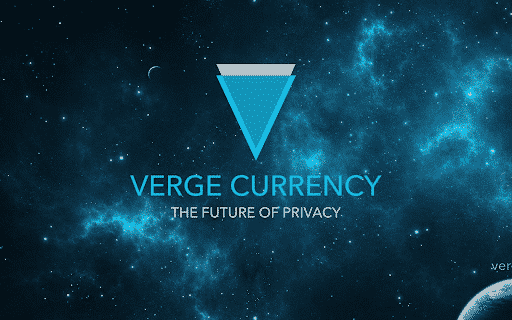 Verge is an open-source privacy-oriented cryptocurrency that was launched in 2014 under the name DogeCoinDark. It’s a fork of Dogecoin that offers anonymity to its users. It was developed by Justin Valo who is also known as “Justin Vendetta” or “Sunerok”. Justin has been a developer in network security for over 20 years and worked with blockchain technology for nearly a decade.

Verge transactions can be anonymous or public. The Wraith Protocol is what allows users to switch between public and private ledgers. When it’s turned on, the data is not traceable by the blockchain explorer.

Verge ensures anonymity of its private ledger transactions via integration of Tor and I2P networks. Tor hides participants’ identities by processing their activity through a distributed network which is run by volunteers all over the world. I2P then encrypts the user data and sends it through the distributed networks.

Verge mining is carried out by all types of computer hardware, from ASICs to GPUs and CPUs. On the contrary to Bitcoin that only uses the SHA-256 mining algorithm, Verge uses Blake2s, Myr-groestl, Lyra2rev2, X17, and Scrypt. Using five different mining algorithms leads to increased decentralization for Verge and better security for the blockchain.

For many blockchain enthusiasts and crypto users privacy is one of the first values. Those who believe that their financial transactions shouldn’t be made public in any way choose private cryptocurrencies. The five coins we have discussed are currently leading the way to privacy and anonymity. They are easy to trade as they are available on many crypto exchanges and wallets, for example, ChangeNOW crypto changer. This coin swapping service allows users to instantly swap crypto or fiat assets for one of these private coins. It also responds to privacy concerns with a completely non-custodial service that doesn’t require account registration or verification.