The latest update in the XRP lawsuit could be grounds for the final verdict. Ripple’s first request for admissions (No.99) to the SEC, which was attached to the recent court filing unveiled the most crucial information for the lawsuit, to date. The document confirms that the SEC never informed any third parties that XRP was security until the lawsuit was filed. This information is now an official admission in the case. 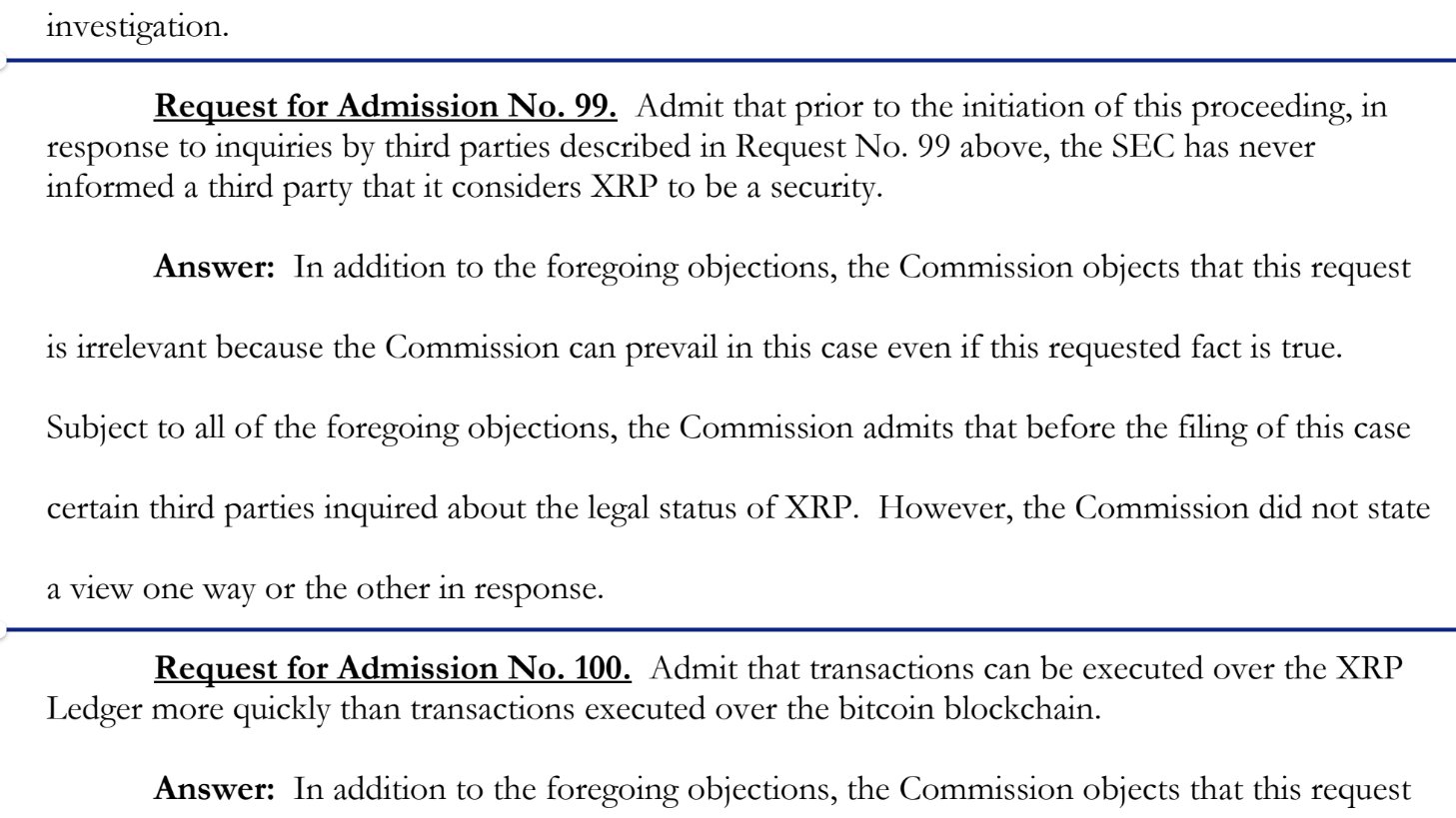 “Subject to all of the foregoing objections, the Commission admits that before the filing of this case certain third parties inquired about the legal status of XRP. However, the Commission did not state a view one way or the other in response.”, the SEC answered to Ripple’s Request for Admission No. 99.

No seal can protect Hinman, as new information refutes his testimony

SEC’s admission contradicts Hinman’s deposition, where he testified saying that he had advised Ripple to stop selling XRP because the SEC considered the sales to be a security. Hinman was already standing at the edge of the cliff with speculations regarding his corrupt actions in the context of the 2018 speech. With this latest reveal, Hinman may lose more than the SEC with the final verdict.

Recently, a viral article revealed scrutinizing information against Hinman about the controversial 2018 speech. The allegation piece alleged that Hinman’s ETH comments during the 2018 speech were thoroughly planned, which then became a factor in Ether’s 600 percent price rise to date.

By the end of last month, as the XRP lawsuit saw the court grant Motion to Seal in both, Slack and DPP disputes, questions were raised about sealing parts of Hinman’s deposition. The speculations ran wild, alleging that the sealed data held evidence against Hinman for planning and plotting the price surge. Furthermore, it emphasizes that Hinman reportedly consulted with eminent Ethereum Foundation officials and private market participants, to generously invest in ETH before the speech.