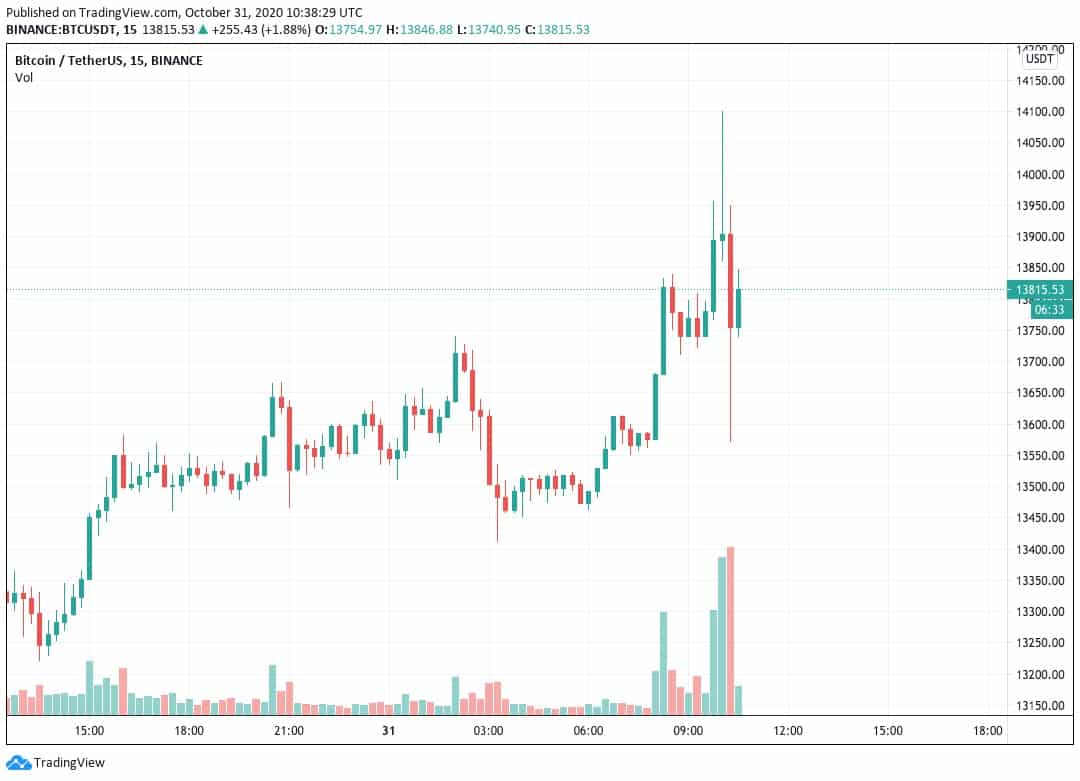 Bitcoin has recovered 1000 points just in 48-hours after it was under pressure and momentarily dropped below $13,000. However, the bulls have taken the charge again with Bitcoin extending its dominance in the market. Currently, Bitcoin dominates nearly 64% of the overall cryptocurrency market.

Today, October 31, the Bitcoin community is celebrating the 12th year after its whitepaper was released by founder Satoshi Nakamoto for the first time in 2008. A decade after, the world’s strongest cryptocurrency continues to dominate the crypto market while swaying several institutional players.

Bitcoin has strongly stood the test of time and strongly stood as a potential hedge against uncertain global economic conditions. The Grayscale Bitcoin Trust that caters to institutional players recently reported 147% in assets under management.

As per the data provided by Datamish.com, the Bitcoin longs have jumped 4.6% with the total long positions just under 30,000. On the other hand, the short positions have surged 11% and just under 6000.

At the current price, Bitcoin is trading at 93% year-to-date returns and if the trends continue, we can expect a 100% return today itself. Despite the quick recovery in the U.S. stock market, Bitcoin has outperformed all indices by more than 3x this year. Not only that, when compared to some of the top-performing stocks, Bitcoin has outclassed all by a good margin.

On the other hand, Bitcoin is also strengthening its position against its biggest hedge-alternative aka gold. Bitcoin aka the Digital Gold becomes a more favorable asset class over the yellow metal. Many market analysts suggest that we might see funds gradually flipping from Gold to Bitcoin in the coming years.