Bitcoin price finally broke above $51,000 to register a new weekly high of $51,681 after spending the second half of February under $50K. The ongoing price recovery is being attributed to various bullish on-chain metrics that include continuous institutional purchase, exchange outflows, lowering implied volatility, and stable funding rates.

The top cryptocurrency’s implied volatility is declining and nearing early January levels when Bitcoin momentum was considered to be the strongest. Implied volatility shows the market behavior 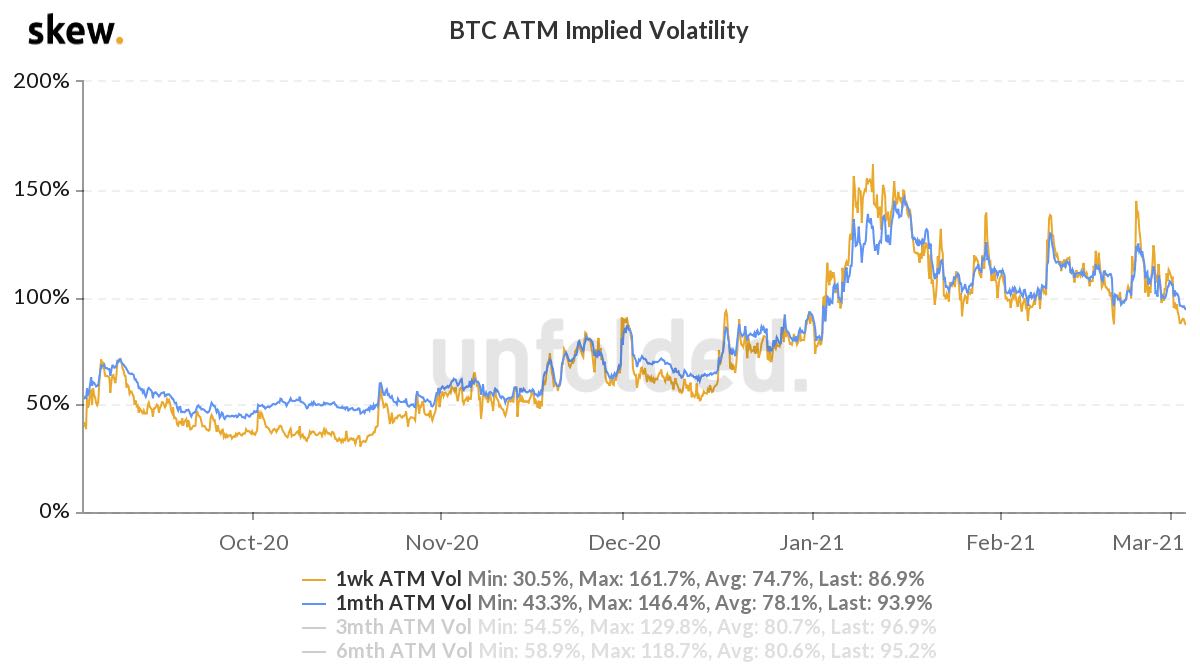 Apart from implied volatility, Coinbase whales have continued accumulating bitcoin even at $48K flashing bullish signs. Nearly 12K Bitcoin was moved from Coinbase yesterday as well. While Bitcoin has managed to break above $51K on a couple of occasions in the past two weeks, however, the on-chain metrics have never been this bullish which has made many believe that the next leg of the bull run could see Bitcoin price top $75K.

They are making a lot of bear traps lately, but the price seems to recover the institutional buying level, 48k.

Looking at recent Coinbase outflows, most of the outflows that went to custody wallets were at 48k price.

Bitcoin’s price movement in 2021 is also following a trend where it has risen to new all-time-highs in the first week of every new month followed by a price correction and then a period of consolidation. BTC price is mimicking the same pattern with the start of March and could rise to a new all-time-high by the end of this week.

Apart from Bitcoin, most of the altcoins also showed signs of recovery and many believe Gary Gensler’s confirmation hearing before the senate yesterday could also have a part to play. Gensler, the Biden-elect for the SEC chief yesterday during his hearing called cryptocurrencies as the catalyst of change and also reinforced the need for positive regulations to further crypto adoption.