Bitcoin price topped $52,000 today to mark a new all-time high, however, the top cryptocurrency is selling at $71,000 on many exchanges in Nigeria selling at a 36% premium post the central bank’s banking ban announced a couple of weeks ago.

The Central Bank of Nigeria blocked banks from offering their service to crypto traders or exchanges in the country making it near impossible for traders to withdraw their funds using the banks. However, Binance, one of the leading global crypto exchanges launched a P2P for Nigerian traders to help them ease their crypto trade.

“Bitcoin has made our currency almost useless or valueless.” 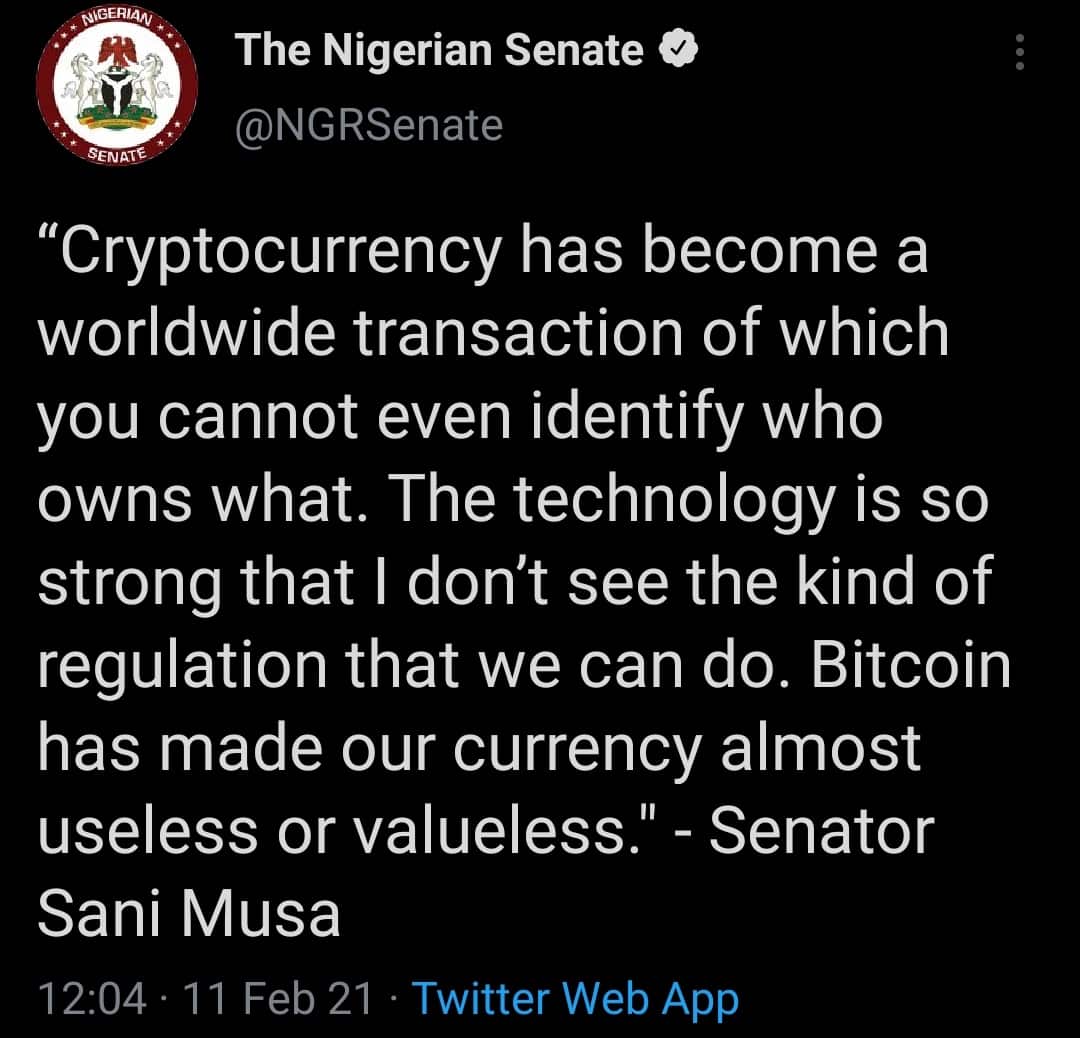 The Demand For Bitcoin Soars in Nigeria Post Ban

Many governments in the past have tried banning bitcoin but soon realized that it only fueled their crisis as more people jump onto the bandwagon. Nigeria is the latest country to realize that post its Central bank decided to restrict banking services to crypto companies. The demand for Bitcoin post the banking ban seems to have skyrocketed as evident from the high premium prices.

CBN of Nigeria didn’t ban crypto
(Bitcoin/TATCOIN)etc
No government in the world has such Powers not even America because Crypto is Decentralized Finance.What CBN of Nigeria 🇳🇬 Banned is Banks they Control Processing Crypto transactions like allowing Deposits on Exchanges#Share

Many have demanded the government to overturn the decision made by the central bank as it would only add to the government’s crisis. Traders would continue to trade Bitcoin on P2P platforms without much hassle, however, the ban would surely fuel black markets as evident from premium price. A similar price premium was seen in Iran when the government had earlier decided to ban Bitcoin trading.

Bitcoin after having a quiet January has burst into bullish action again recording new all-time-highs every other day with little no correction. A similar momentum started back on Christmas which saw Bitcoin price move from $24,000 to $42,000 within 3 weeks gaining nearly $21,000 in 21 days. The top cryptocurrency seems to be gearing up for similar price action as it has managed to break through $50,000 already.

During the early phase of the bull run, there were several debates whether Bitcoin is following the price trends of the 2017 bull run or 2013 one, however as the top cryptocurrency has managed to continue its price growth for almost 4 months without any major pullbacks, many believe Bitcoin is at the start of the bull supercycle rather than a phase.

Why Bitcoin may be going through a "Supercycle"

This time is different: COVID, Gold 2.0 narrative, institutional herd, and ease of use have set a new stage.

Instead of a normal bull/bear cycle, Bitcoin would break convention and enter a “Supercycle”https://t.co/mUSgnXQ1Cx