The payment system today is broken. Over the decades, it has been structured and restructured to feed the centralized technology and financial oligarchs that operate most of the world’s payments.

Blockchain and cryptocurrency have given us the potential to lay the cornerstones for a new financial system — one that aids the end-users. Fuse is a mobile payments platform that leverages these technologies to fix the cracks in our payment infrastructure.

Rather than keeping its system siloed on a strict ‘blockchain interface’, and providing a rigid one-size-fits-all service to its customers, Fuse promotes the concept of creating micro-economies on an open-source platform. Customers of Fuse can easily create their customized mobile wallets and also exclusive currencies without delving into the technicalities of development or payment regulations.

But why do we need Fuse when there are already enough payment providers?

The Problem Fuse Aims to Solve

As the internet reached the most remote parts of every country, digital payments became a norm. But even on the internet, the self-centred fundamentals of the payments providers remained intact.

Today, businesses such as PayPal and Stripe charge between 3% to 6% for every payment businesses receive using their platforms. And even with such hefty fees, there’s little room for customization on such traditional payment platforms. 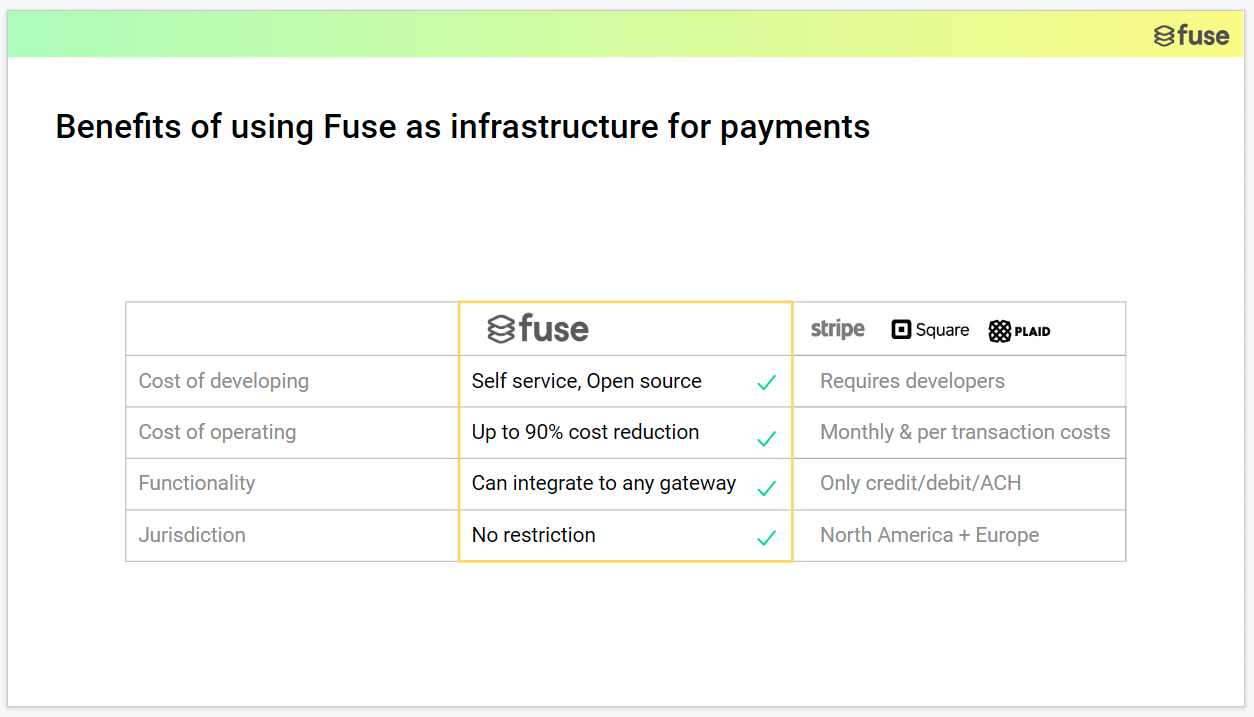 The only option businesses have to use a more efficient payment system is to build one for themselves. But as it stands, in most cases, doing so is not a lucrative option; or, at least, it wasn’t until the advent of Fuse.

Fuse, which uses blockchain as its core technology and cryptocurrencies as a means of payment, can be far cheaper and more flexible for businesses and communities of all sizes. Let’s dive deeper.

How does Fuse Operate?

Blockchain and cryptocurrencies are often considered intricate technologies that are out of the league for common people. They have the potential to solve the major problems of our current financial system and payment applications. But the present solutions remain complex for the mainstream population.

The real value of new technology, however, lies in what problems it can solve for people without there being a need for users to understand its technical aspects. Fuse aims to do exactly that with blockchain and cryptocurrency — let people make the most of it whether or not they understand how it operates underneath. Fuse’s team calls it the “Veiled Crypto” design philosophy. 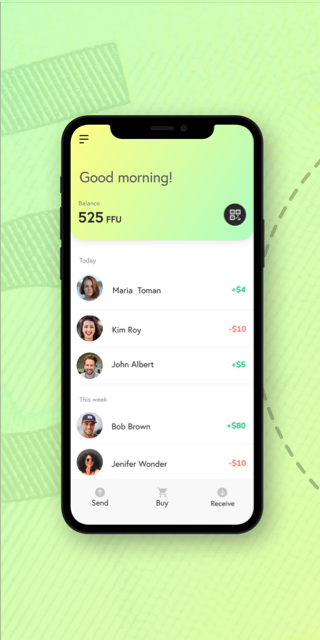 Fuse is a payment application built on top of the Fuse chain, which is an Ethereum sidechain developed to specifically solve the payment needs of businesses and local communities. Fuse chain uses the Distributed Proof of Stake consensus algorithm — a variation of the Proof of Stake consensus — that currently has 70 validators. Each member is required to stake a certain amount of Fuse Tokens to become a validator on the network.

The Fuse application is tailormade to bring the benefits of blockchain and cryptocurrency to businesses of all sizes as well as local and large-scale communities even if they are not aware of these technologies. It is, in fact, one of the main value propositions of Fuse to bring the benefits of these technologies without compromising on the user experience of the application.

There are two main services within the Fuse application — Fuse Wallet and Fuse Studio — through which Fuse aims to lower the barriers for entrepreneurs seeking better digital payment solutions.

The Fuse Wallet is a user-friendly decentralized Ethereum-based mobile wallet for iOS and Android. While it runs on the Fuse chain, it can be plugged into all Ethereum Virtual Machine-compatible blockchain.

Neither the owners of the company nor validators on the Fuse network exercise any control over these wallets. They are designed so that individual users of the wallet have complete control over the funds and the data. It is stored in the personal storage of the user and they need to sign the transactions with their private keys that are stored on their local device. This adds additional security to users’ funds and data

The Fuse Chain is also anchored to the Ethereum network, making it possible to use and transfer ERC standard token between Ethereum and Fuse wallets.

The Fuse Studio is a self-service smart contract platform by Fuse that allows businesses and communities of all sizes to build customized non-custodial micro-economies. This means anyone can build custom payment wallets on Fuse and add a custom token of their choice to it. Members of the micro-economy can then use the token as a medium of transaction within the ecosystem.

Businesses or communities willing to develop their own wallets do not need technical expertise to do so. Fuse Studio provides a user-friendly interface where one can build a wallet and a token without having to write a single line of code. The tokens are automatically minted on the Ethereum network and transferred to the Fuse chain through a bridge between the two networks.

The creators of the micro-economies have the freedom to set exclusive features of the tokens and add rules to manage and use it. In addition, the wallets and the tokens are compliant with regulatory requirements, taking away another major hurdle. Here are some benefits micro-economies built through Fuse Studio offers:

— Specify roles and add users, admins, and businesses as per the requirement.

— Integrate with web3.0 services from the DeFi ecosystem

Fuse Studio reduces the time and cost for deploying a customized wallet and payment ecosystem while significantly increasing the benefits for both the creators and the users of the micro-economies.

Other Advantages of Using Fuse as a Mobile Payments Solution

Traditionally, businesses would pay anywhere between 3% to 6% to payment providers. This is because they act as middlemen and charge for their services. Contrarily, Fuse is a decentralized platform with no central authorities or intermediaries involved. It thus charges the highest of US$0.01 per transaction.

Businesses can build their own wallet that resonates with their brand and community persona. They can also deploy their own crypto tokens with a unique economic model, creating a business-specific micro-economy. Fuse provides a wide range of plugins to ensure maximum usability of the wallet. It is also possible to integrate credit card payments to Fuse’s customized wallets.

Once a business creates its own wallet and chooses or deploys a token, it can build a community of users on the platform by sending a special invite link.

Fuse Wallet and micro-economies built using Fuse Studio support both crypto and fiat currencies to bring the best of both worlds on a single platform. This allows maximum flexibility to its customers both in terms of making a payment and receiving it.

Control Over Funds and Data

Unlike banks, Fuse works on a decentralized infrastructure. It neither exercises control over users’ funds nor on their data. When users are more in control of their funds and data, there will be increased trust in the business process.

Is Fuse Worth a Shot?

Fuse certainly solves a huge challenge for providing a far easier, cheaper, and customer-centric payment solution. The fact that it allows customers to store both crypto and fiat currencies will be a major factor why all organizations can comfortably choose Fuse over other payment providers and mobile payment applications. It also goes without saying that Fuse can offer the highest level of security to its customers as its core technology blockchain is in itself a security system.

Defi Hack Alert: NowSwap losses over $1 Million in cyber attack
According to news from the Analytic group, PeckShield, the DEX protocol, NowSwap was hacked and lost more than…

This Country Opens Crypto Buying Option via Post Offices
According to CoinDesk’s recent report, the U.K. Post Office will allow crypto purchases via the identity verification service,…
Casper Brown 381 Articles
I am an associate content producer for the news section of Coingape. I have previously worked as a freelancer for numerous sites and have covered a dynamic range of topics from sports, finance to economics and politics.
Follow Casper @