Cryptocurrency markets are often flaked with blames of manipulation, bot activity, and “whales” driving asset prices. A lot has been tried to protect these absurd activities but still, a new activity emerges. Over past 48 hours saw a couple of events which if linked together show that there could have been some unethical activity around the price of Bitcoin pumping it up by USD 500, but there is no clear evidence of it.

Four days earlier, Bitcoin Mercantile Exchange (BitMEX) has circulated a notice to its users which read that on Wed Aug 22 at 1:00 UTC the exchange would be scheduling downtime for maintenance and improve its engine performance. This maintenance was to last for 30 minutes. These maintenances have historically been a graveyard for amateur trades so did this time as the BTC price swinged for $500 in less than 20 minutes keeping several users in lurch after a tough week.

Now if one studies the intendents that unfolded around this rise are pretty interesting. As BitMEX downtime began at 1 am UTC on August 22, Bitfinex pump volume erupted right up after exactly the grand total of 1 minute, observed anecdotally. Also around the same, Twitter users pointed out controversial stablecoin Tether moved over $100 million from a hot wallet to a Bitfinex wallet The move occurred right when BTCUSDSHORTS on TradingView reached an all-time-high for 2018. 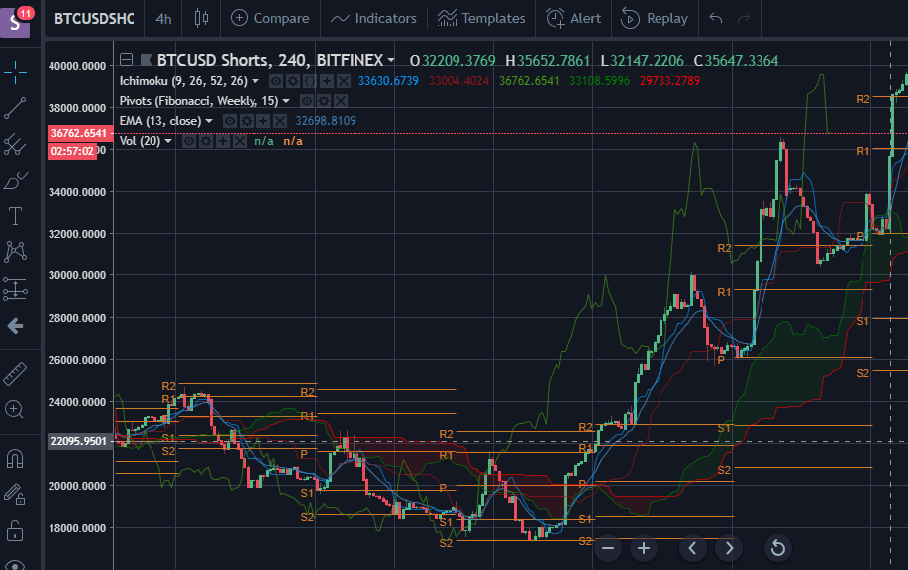 More coincidences. This pump lasted for 30 mins exactly the time taken by BitMEX to fortify its trading engines before the dump began. A lot of Altcoins also saw the similar rise and subsequent falls

Although the dip wasn’t much sharp, it still puts a lot of question marks or was it a coincidence or a coordinated activity.

The rise and fall was such that it caught the eyes of Ran NeuNer who also tweeted,

Shorts yesterday were at an ATH on BTC. This morning 10% of those shorts have been covered signalling that investors;

– either believe that they ETF is more likely
– made profits from the shorts and want to cash in
– got caught in the price upswing and had to close pic.twitter.com/WhlNOHCPVr

Bitfinex and Tether together have been in deep controversies associated with Bitcoin price manipulation. It was claimed by two researchers of the University of Texas at Austin, namely, John M. Griffin and Amin Shams that the Bitcoin prices were artificially inflated in December when the digital gold reached its all-time high at almost $20,000.

Griffin, who is known for catching fraud in financial markets reveals several distinct patterns in trading that suggest several people or a person at the major cryptocurrency exchange Bitfinex inflated virtual coin prices.

The 66-page report, which was titled, “Is Bitcoin Really Un-Tethered?

“stated that Bitfinex might have used the virtual coin Tether, which it owns, to generate fake demand for bitcoin by buying up the virtual currency and keeping its price up while it sank at other exchanges. The paper found that the more Tether entered the market, the higher cryptocurrency prices would rise, “similar to the inflationary effect of printing additional money.”

In December, the US Commodity Futures Trading Commission subpoenaed Bitfinex and the company Tether, after investors expressed concerns over these very same price manipulation issues. In January, reports of the subpoena began to surface, as did news that Tether had dissolved its relationship with an audit firm it had hired for an internal audit. Recently, Bloomberg reported that the Department of Justice is working with the CFTC to investigate bitcoin and price manipulation, although that investigation is still in the early stages.

Well, it’s not sure whether this was a price manipulation of not but definitely an interesting series of event that caught the eyes of a lot of people.

Was it a price manipulation event or simple coincidence? Do let us know your views on the same.