The stolen funds from Upbit are on the move for the umpteenth time since the hacker stole from the exchange back in November 2019. In the latest reports from Whale Alert, a data aggregator that tracks large movements in cryptocurrencies reported a total of over 9,000 ETH transferred from the Upbit hackers’ wallet to exchanges, Binance (127 ETH) and ByEx exchange and unknown wallets.

Despite only a small amount of the Ether being transferred to Binance, CEO Changpeng “CZ” Zhao came out strongly against the hackers claiming the funds have been frozen and will work with authorities to find the culprits behind the hack.

In the final days of 2019, Upbit exchange faced a massive hack whereby about 330,000 ETH tokens were siphoned from the exchange by unknown hackers. 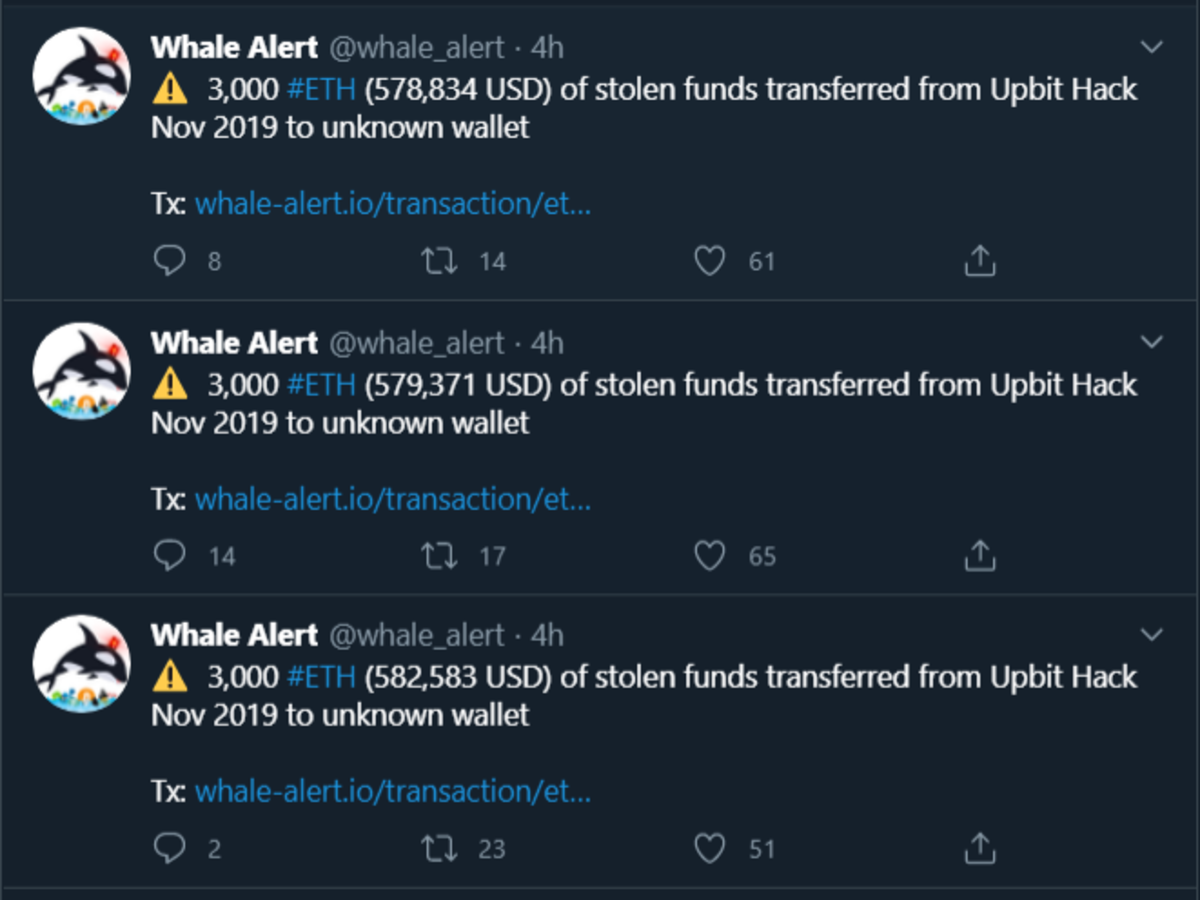 Since then the hackers have attempted to sell the amount on several exchanges but a large portion of the coins remain unsold. One reason why lies in the efforts that top exchanges are putting to freeze any funds from the hacker’s wallet.

“Frozen [referring to the stolen ETH], will work with #UpBit to verify and get law enforcement involved and hand off the funds.”

Frozen, will work with #UpBit to verify and get law enforcement involved and hand off the funds.

Waiting for someone to complain on social media about us freezing funds. But fight bad actors, we must.

However, the amount seems quite small which may signal the hacker was maybe testing the response of the exchange before any major movement. Additionally, in the past, such a move by exchanges has been criticized before claiming it enhances centralization across the crypto field. In a pre-mature response to these criticisms on freezing users’ funds, CZ said they will continue bad actors in the field.

As restrictions get tighter on Binance, the hacker is finding a new favorite exchange in BYEX crypto exchange. So far, over 600 ETH has been sent to an address on the exchange from the hacker’s wallet as seen on the block explorer.