NFT gaming is quickly becoming a big thing in the crypto world. Following the success of NFTs, multiple stakeholders have begun to rise within the newly emerging space. It has created a room for people to monetize their creativity as well as showcase their talent in a way that seamlessly bridges the gap between industries.

One such success story is the NFT game, Axie Infinity. Created by Sky Mavis games, it is centered around collecting creatures called Axies which can be traded between players. This simple premise has allowed players worldwide to get into it and begin to trade Axies of their own. This has skyrocketed the project’s token price and has also made it possible for people to make a living wage from it

Following the popularity of Axie Infinity, many other NFT games began to spring up around the NFT gaming community. Although none has quite managed to replicate its success, they have managed to carve out a space for themselves within the community. One such game is from Oasis Metaverse Studio, Knight War The Holy Trio. 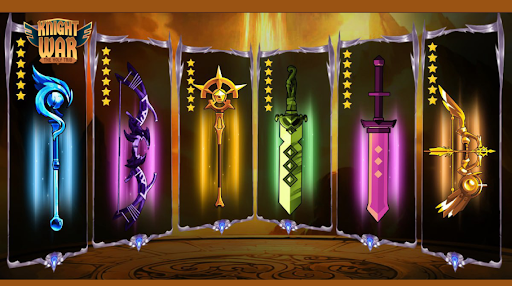 The 1st Def-2-Earn Game, Knight War is a self-described ‘idle game’. Based on the premise of defending with one of three heroes, it plans to merge the Idle Defense game genre seamlessly with NFT technology. The Mighty Knights, The Sharp Archers and The Clever Mages are the soldiers of Ancient Earth. Based in the dreamworld of Kahlla, the players have to expedite a mission of defeating the Demons by crafting incredible equipment that can help Alliance to overthrow the Demons. The story formulates with the Great Meteor Shower leading to the inception of Knight War. Players will be able to play and earn in-game items and currency which can be traded for real-life currency.

IDO Will Be Launching On Two Platforms

The 1st Def-2-Earn Game has recently announced its Initial Dex Offering slated for the 26th of September at 9 am UTC for their native token KWS (Knight War Spirits). Unlike other launches, the studio plans to launch concurrently on two platforms. Thus it will be on both Red Kite and BSC Station. Although it might split their community it could also be a positive in terms of fund-raising. Launching on both platforms will allow community members to choose their preferred platform to use when the IDO launches on the 26th.

An IDO has quite a few benefits for a new project looking to establish itself on the blockchain. Some of these are:

The liquidity of a token is very important. If a token does not offer quick liquidity, it may be catastrophic for its value. At all price levels, a liquidity pool offers liquidity without slippage. To enable token swapping in the liquidity pool, the project first needs the tokens to have some worth to get liquidity.

Investors begin trading a project’s token as soon as it is released. During the IDO, early token buyers may sell their tokens at a higher price. With price fluctuations beginning immediately after the first buyer makes his purchase, early birds stand to make significant profits.

In contrast to conventional fundraising methods, IDO launches allow for immediate token creation and liquidity. Initially, individual investors buy a large number of tokens at a reduced price. Furthermore, the token’s value increases when it is sold to the public.

With Knight War running its IDO on two fronts it could stand to gain double the rewards. Combined with this, it could also reach a significantly larger audience than it would otherwise. On the other hand, managing the launch on two fronts could also potentially double the problems that arise.

Stan Peterson
417 Articles
Being an active participant in the Blockchain world, I always look forward to engage with opportunities where I could share my love towards digital transformation.
advertisement