Elon Musk is back on Twitter just a day after announcing a temporary break from the platform probably owing to the SpaceX launch, however, he could not stay away long from crypto as he gave a shout-out to his ‘favorite’ crypto dogecoin.

Musk is a big-time meme guy and it was only fair that the crypto meme community declared him the unofficial CEO of dogecoin.

Musk recently made headlines after he changed his Twitter bio to Bitcoin and later on the Clubhouse podcast revealed that it was inevitable since he has known about bitcoin since 2013 and believes it is the financial future. During the same interview, he also talked about his liking for dogecoin, the meme cryptocurrency, and a digital token Musk has shilled for quite some time now.

Dogecoin pumped nearly 800% during the recent Reddit frenzy driven price pump of GME, AMC, and Silver; as Robinhood halted its trade as well along with the GameStop and AMC. The massive pump saw many celebrities and TikTok traders invest hefty capital into the meme coin, however, Doge price crashed soon after the 800% pump leaving many with significant losses.

The Twitted Bio change by Musk sent Bitcoin price up by nearly 20% within 45 minutes that led to a new term coined by the crypto community called ‘Elon Pump’ and many wanted the serial entrepreneur to tweet about Doge at that time. Now that Musk has finally tweeted about Doge, it reflected almost immediately in its price. 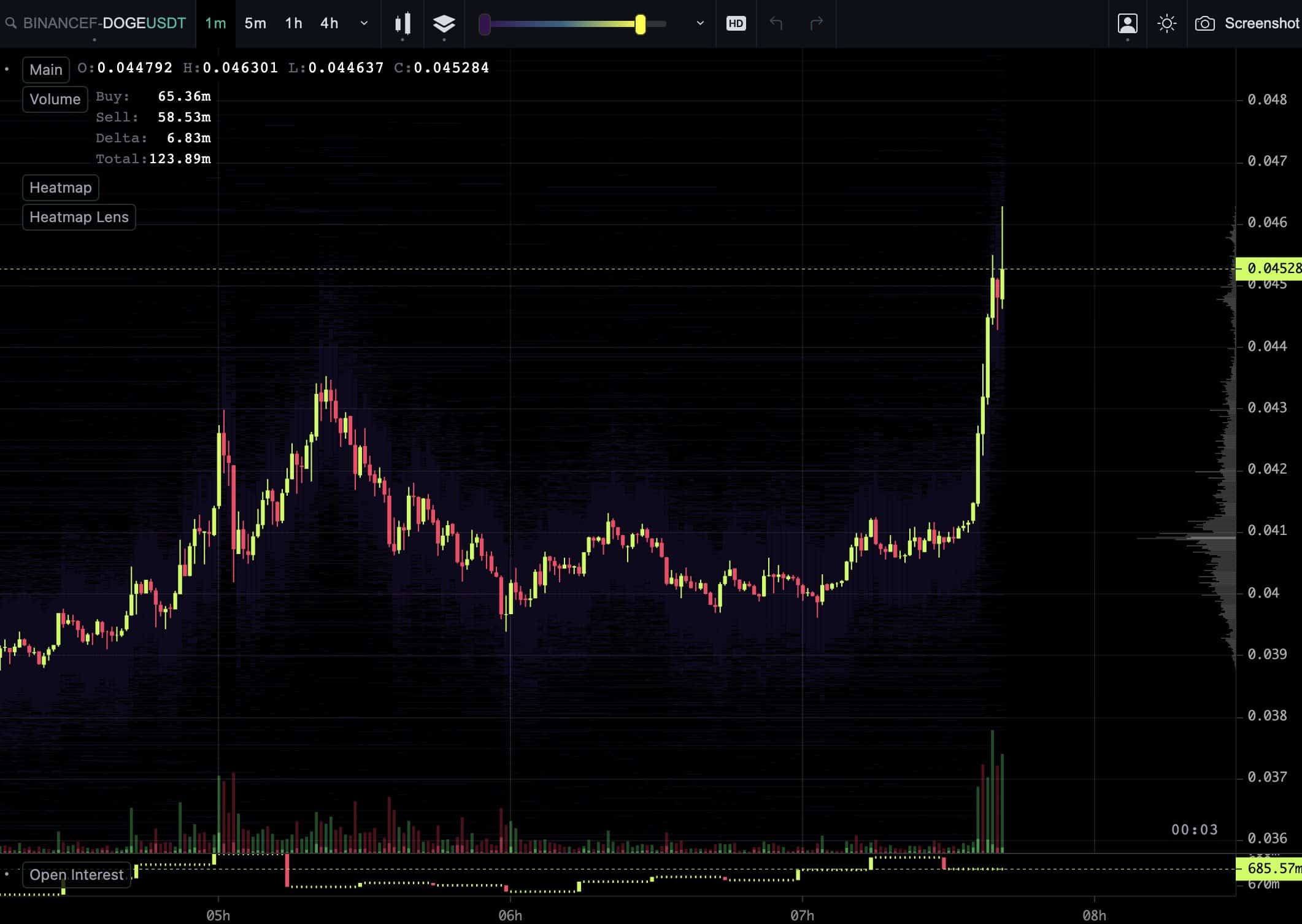 The last pump sent Doge to near $0.08 and its market cap in the top 7 cryptocurrency for a brief period. Many expect the meme currency to repeat its previous pump in the wake of the Elon pump. Musk even acknowledged the recent pump and said that dogecoin is the people’s crypto

The cryptocurrency market cap also went above $1.1 trillion nearly after a month as Ethereum broke $1,600 to create a new ATH and currently in a price discovery mode, on the other hand, bitcoin also broke past $38,000 after 4 days and looks quite bullish as the flow of stablecoin onto exchanges has reached a new all-time-high suggesting growing bullish sentiment in the market.