Introduced in January 2018 by developers Daniel Larimer and Brendan Blumer, EOS.IO is a blockchain software architecture that supports millions of transactions per second with virtually zero transaction fees involved.

This technology stack depends on the proof of stake consensus mechanism to make it all happen. Other popular cryptocurrencies like Bitcoin rely on a proof of work-based system, in which computers aggressively crunch numbers in order to solve complex cryptographic puzzles. But proof of stake designates the next entity to create a block by looking at various combinations of random selection, wealth, or age.

This novel approach to securely exchanging value and data in trustless fashion is ramping up in 2019, and the proliferation of EOS-based projects emerging onto the scene should come as no surprise. A number of these projects have made meaningful waves over the past calendar year, so let’s take a look at them now. 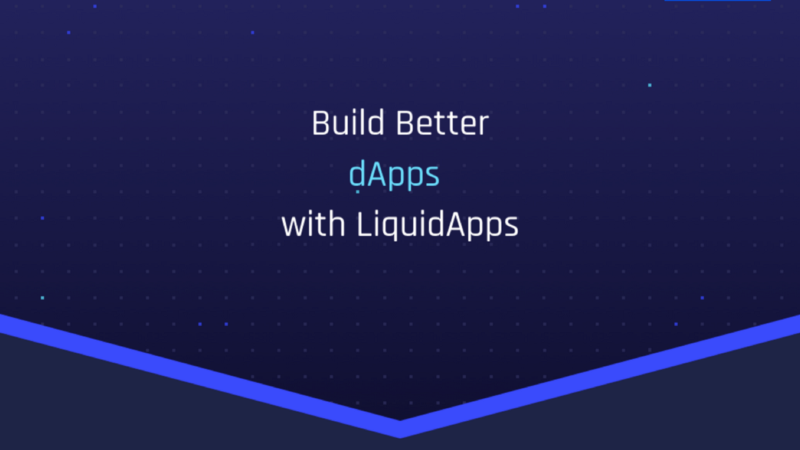 vRAM works as a kind of affordable “hard disk” for EOS dApp developers to store their data. Zeus is the associated software development kit (SDK), which developers plug in existing LiquidApps products for creating their own dApps. Already available on Github, Zeus presents itself as a “one-stop dev shop” for dApp developers.

Everipedia is like a blockchain-enabled version of Wikipedia. It uses EOS blockchain technology and an associated crypto token called IQ to incentivize people to contribute content while also curb censorship around the world.

2019 was a year of development and enhancement for the editable encyclopedia project. The team added new functionality for collaborating and editing articles, like its Chat platform for communicating with other editors using the product.

Everipedia also added an integration with YOLO Exchange to make it possible to acquire IQ directly within its own platform. The new Korean language support also makes Everipedia usable for a previously unserved population.

Equilibrium is a multichain framework for building asset-backed stablecoins and DeFi products. Its flagship product is the EOSDT stablecoin, which is pegged to the US dollar and derives its value from the overcollateralization of a user’s liquid digital assets. This dApp also reportedly holds one of the largest balances out of all dApps. 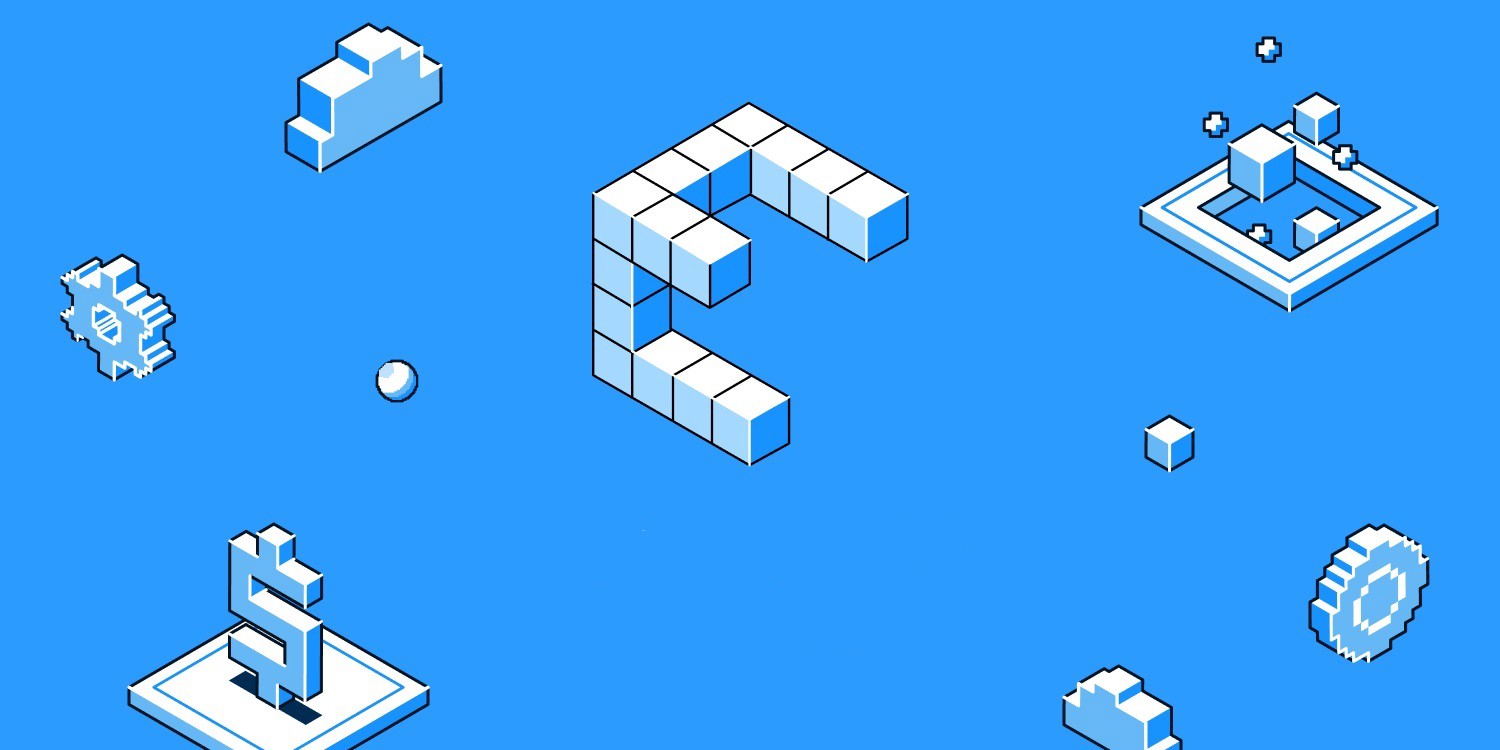 The company most recently launched the crypto industry’s first Stability Fund with 6.5 million EOS (worth approximately $17.5 million USD) of its own capital. That batch of money works as figurative insurance against black swan market events — it protects users against extreme market volatility well enough to reduce EOSDT’s collateralization requirements from 170% to 130%. This creates a higher potential for digital assets leverage and consolidates EOS as reliable collateral.

KARMA is a social network for social good that’s driven by the EOS blockchain. Its crypto token (also called KARMA) is designed to incentivize people to do good things in the world for other people, or to have beneficial interactions with each other. People post those things to the network where they get likes and upvotes, then they receive KARMA for it. The idea is to create a community around maximizing good in the world. 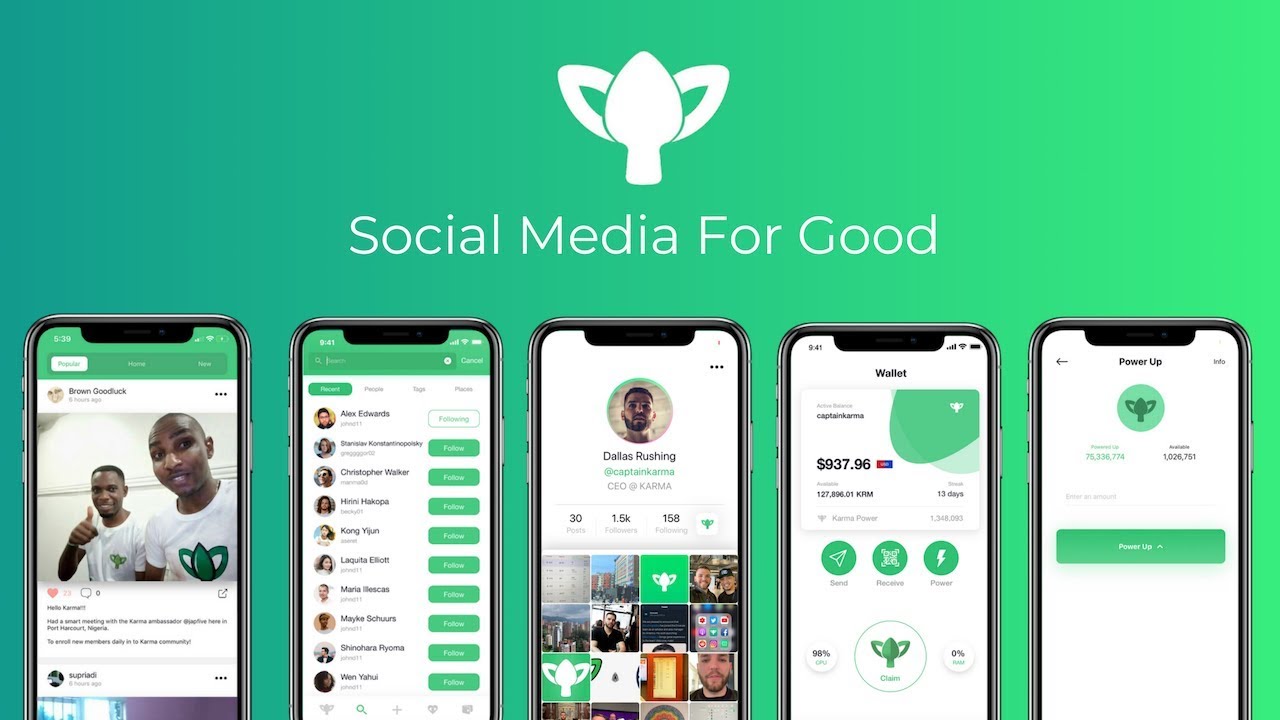 2019 saw the KARMA token get listed on YOLO, making the token more widely available to the crypto community. It also saw the launch of the platform’s “We Pay CPU” upgrade in October so that users don’t have to worry about covering their own CPU demands anymore.

Bancor is an on-chain liquidity protocol that enables automated, decentralized exchange on the Ethereum and EOS blockchains. In other words, Bancor users get to convert directly between different tokens via smart contract as opposed to exchanging them on cryptocurrency markets. Its wallet product, Bancor Wallet, enables automated token conversions immediately within the interface at predictable prices that are resistant to manipulation.

Larimer even previously integrated the Bancor algorithm into the asset allocation model for EOS RAM. (This model worked to automate liquidity for the RAM market since the EOS blockchain went live in 2018.) In the time since then, Bancor has also been integrated into the EOS Resource Exchange (REX), which lets users earn income by renting out their CPU and network resources

Beyond this attention, Bancor also used 2019 to add integrations for a number of new tokens, bringing the total number of supported cryptocurrencies to more than 148.

Although it’s not in production yet, pEOS is a wallet software that brings an additional layer of protective privacy to how EOS users transact with each other. The associated token (PEOS) can be sent to both EOS accounts and pEOS addresses. Importantly, pEOS addresses are completely detached from EOS accounts — the underlying EOS.IO architecture is only involved in moving a transaction through the network.

The project has experienced some delays in getting to a working version — it literally calls for some changes to how EOS.IO operates — but once those changes are in place, EOS users will have a brand new way to transact with enhanced privacy.

Sense.chat is a private messaging app that runs on your Android or iOS device, and it depends on a user’s EOS account to function properly. You might accurately contextualize it as “the EOS messenger.”

Because it’s built on top of the EOS.IO blockchain, Sense.chat can send and receive messages in a provably secure, crypto-enabled fashion. Just as Bitcoin transactions enable a certain degree of anonymity and privacy, Sense Chat brings this same protection to your everyday messaging behavior.

Conducting financial transactions via blockchain technology might be highly niche and technical, but just about everyone in the connected world uses their mobile device to communicate with others. Now they can use the EOS blockchain to do so with an unparalleled level of security.

Just as 2019 brought unparalleled movement and development to EOS, we’re sure to see the trend continue into 2020.