JP Morgan and European Investment bank have shown interest in adding ETH-based products for their clients quite similar to the growing institutional adoption of Bitcoin. The European Investment bank is planning to offer digital bonds on the Ethereum network, while JP Morgan sees Ether as a viable investment option. In one of its latest reports, JP Morgan has cited the depth of the ETH spot market which has helped the altcoin recover from the last week’s correction fairly quickly when compared to Bitcoin or any other altcoin. 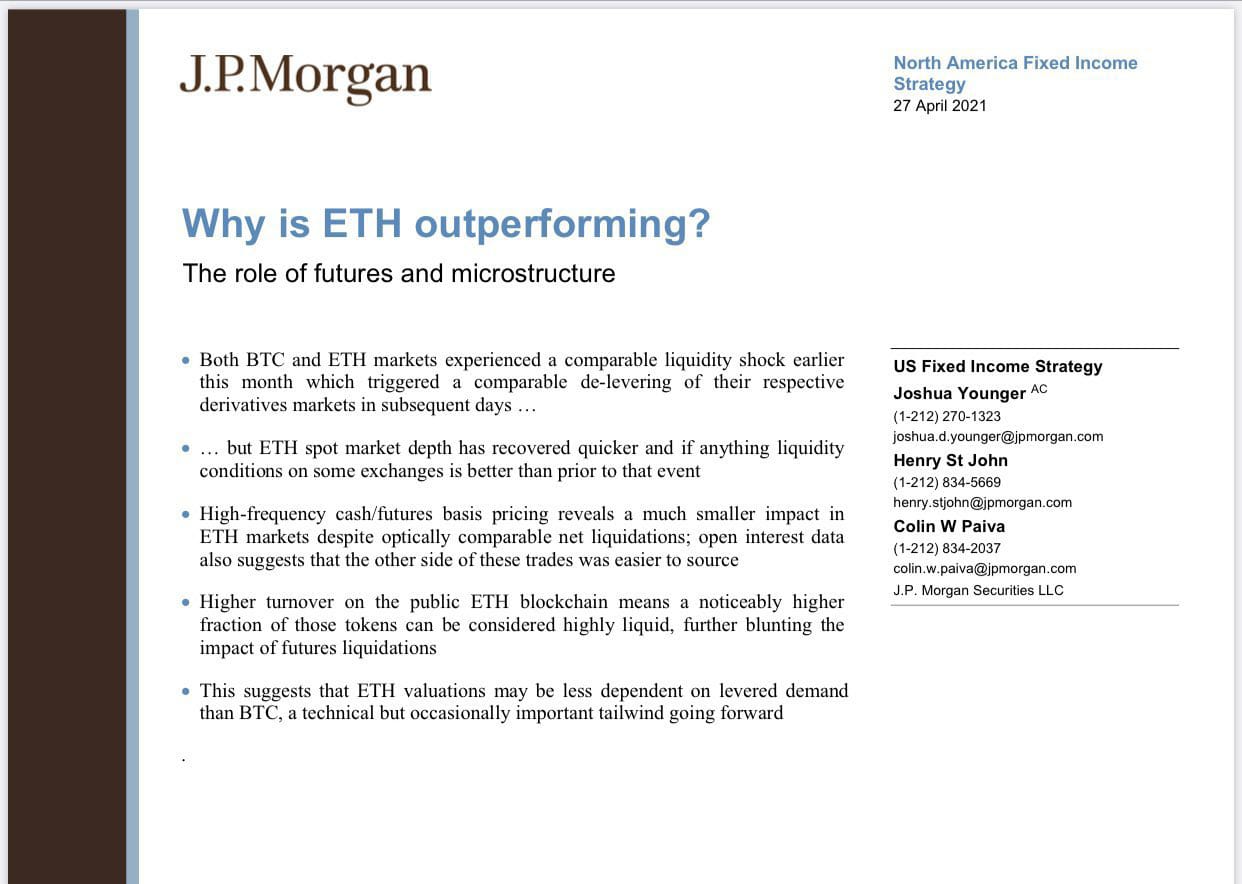 JP Morgan’s recent ETH report signals a bullish trend given the institutional drive for the second-largest cryptocurrency has just begun and it has already doubled its 2017 high.

Ether ($ETH)the second-largest cryptocurrency by market cap has recorded another ATH of $2,731 today recovering from an early downtrend. The altcoin has managed to register a great recovery from the last week’s correction and even when Bitcoin and most of the altcoins are currently trying to recover most of the losses, ETH is soaring to new highs with $3,000 just a couple of rallies away. The bullish price surge of ETH is being attributed to the rising institutional interest and the diminishing circulation supply of ETH owing to heavy staking ETH 2.0.

This bull season has seen a rush among Wall Street banking giants including some of the biggest Bitcoin critics rush to add top cryptocurrency to their balance sheet or gain some form of exposure. The Bitcoin adoption is still going on as Asia’s first public listed company Nexon bought $100 million worth of Bitcoin today. Similarly, ETH is also nearing a similar threshold point of institutional adoption as crypto assets grow more mainstream.

The ETH 2.0 deposit contract has reached $10 billion in total value locked which also plays a part in rising the ETH price. The correlation of ETH against Bitcoin has also declined by 69% indicating another bullish factor in favor of the second-largest cryptocurrency.