The US Securities and Exchange Commission (SEC) is planning to file a motion by 24th June to quash the deposition subpoena served by the defendants (Ripple) on a former SEC official. The official schedule for the motion is listed below. 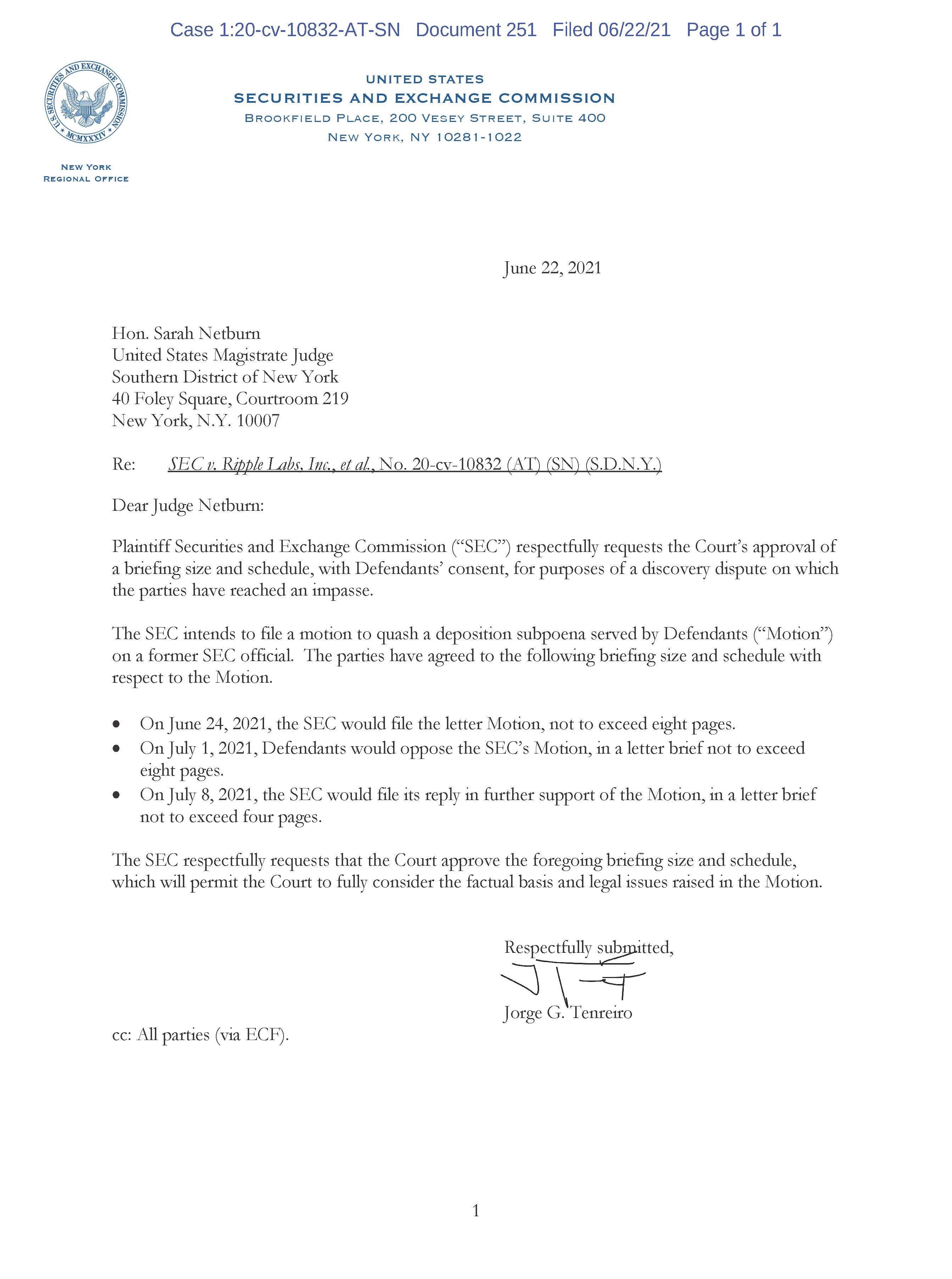 The SEC vs Ripple case has come a long way over the past 6 months, and while both parties want to take a moral high ground, it is far from over. There have been several twists and turns in the case with many hearings going in favor of Ripple and few others SEC seemed to have an upper hand. At one point it also seemed as if SEC would take the settlement route.

Crypto Community Speculate Over the Identity of the Former SEC Official

The identity of the said former official is still undetermined but the crypto community is already speculating over possible names and former SEC chief Jay Clayton who filed the lawsuit in December last year is at the top. One user wrote,

Others doubted whether Ripple would want to question Clayton and said it could be another official who was let go. The user wrote,

“Doubt it is Jay Clayton, he wouldn’t tell the truth. It’s probably a Former SEC official they let go, who would be willing, to tell the truth about the SEC’s real motives behind the case. It must be damaging to the SEC, that’s why they want to prevent it.”

A lot depends on the Judge’s order on the motion and going by previous decisions chances of dismissing the motion is quite high.