On November 15, BCH developers prepared to undergo its next hard fork, a split of the blockchain, which would give birth to new tokens named Bitcoin SV (Satoshi’s Vision), Bitcoin Unlimited and Bitcoin ABC.

Well, the fork is now almost complete and it seems that Bitcoin (ABC) is the winner with Bitcoin SV nodes already crashing. 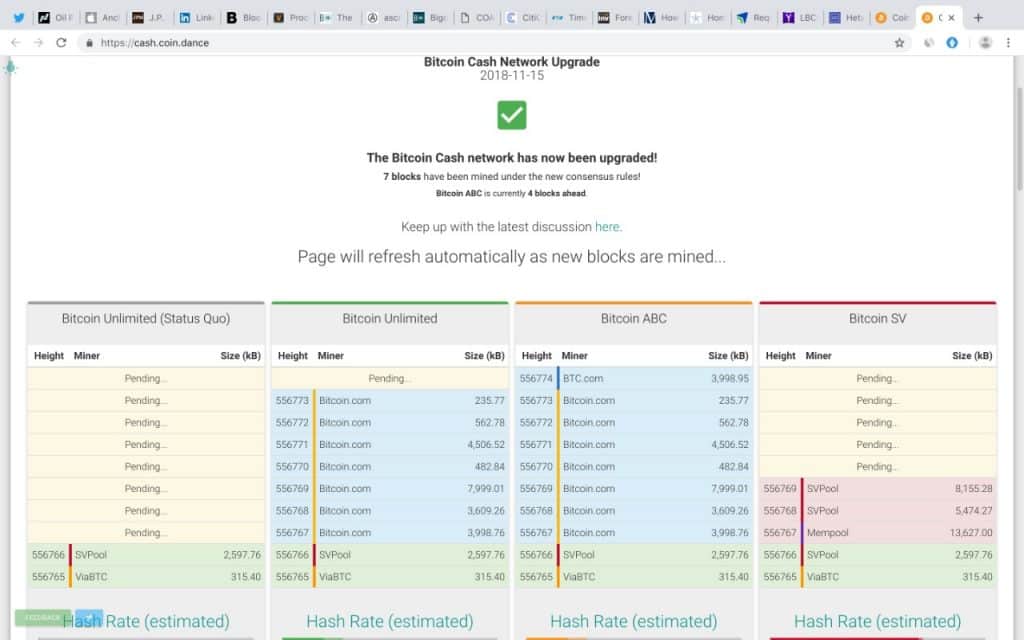 At the time of reporting few blocks were already mined on the Bitcoin ABC blockchain.

Seems like a win for BCH. Jihan Wu and Chinese miners not even needed. Certainly not enough for a 51% attack on BCH. BSV nodes reportedly crashing.

What does it mean for Bitcoin cash?

The future development of Bitcoin Cash is seen by the developers as the implementation of three core ideas.

With “Adjustable Blocksize Cap” as the faction’s name and slogan, this most popular Bitcoin Cash client also acts in the interest of node operators and intends to allow them “to adjust their block size limit.” The changes are planned to be implemented by “removing software bottlenecks.”

What will the effect on bitcoin ABC prices? Any guesses.