Bitcoin price crashed by 13% to trade under $50,000 registering a daily low of $48,900. The price volatility is being attributed to the upcoming expiration of nearly $3 billion worth of Bitcoin Options this Friday. The sharp price crash also led to a Binance outage as traders were unable to access the exchange for quite some time. 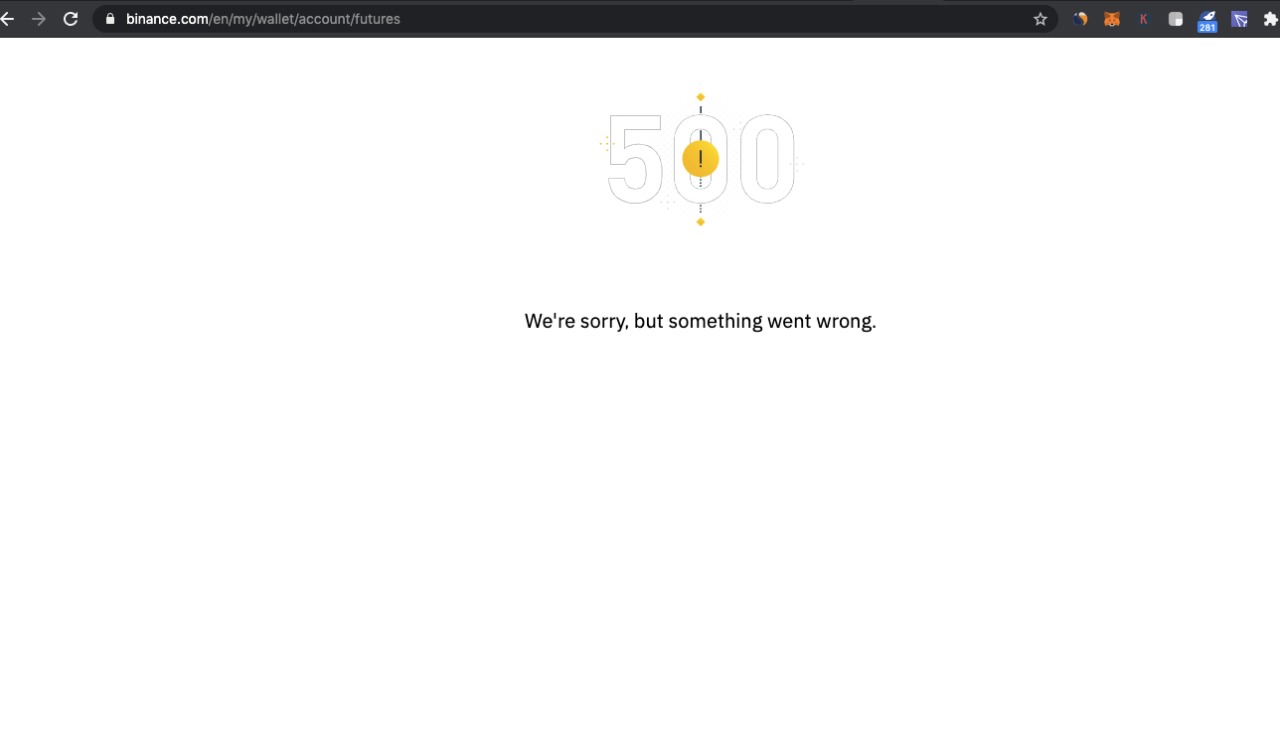 The exchange claims the recent outage was primarily because of Etheruem network congestion and has also suspended ETH withdrawals again because of the problem.

#Binance has temporarily suspended withdrawals of $ETH and Ethereum-based tokens due to high network congestion.

Rest assured funds are #SAFU and we apologize for any inconvenience caused.

The problem with Ethereum network congestion has made Binance suspended Erc-20 withdrawals a couple of days back for the same reasons. The CEO of Binance took to Twitter to talk about the problems faced by the exchange due to the Ethereum network’s congestion.

There was a conspiracy theory that Binance is deliberately making ETH gas fees high. 😂 Let's see it come down a bit. pic.twitter.com/tNK9b3b9OK

Bitcoin and Ethereum registered 10%+ flash crashes registering their weekly lows, however, both the top two cryptocurrency recovered nearly half of their losses at the time of writing. Bitcoin was trading just above $55,000 and Ethereum recovered up to $1845 minimizing their loss to single digits.

The top two cryptocurrency were on a song for the past 5 days registering new all-time-highs breaking critical resistance. Bitcoin was looking all set to breach $60K after registering a new ATH above $58,500 and Ethereum was trading above $2,000 for the first time before registering a sharp correction of nearly 16%.

The institutional demand for Bitcoin and now even Ethereum with the launch of CME Futures contracts in the first week of February. However, the recent rising gas fee issues have come back to haunt Ethereum at its peak where it has lost a significant portion of its defi market as well as spot traders to Binance Smart Chain which is a replica of the Ethereum network itself.