Holders of Bitcoin (BTC) are regaining the strong hands as the number of coins held for 2 – 3 years soars to 15.10% of the total mined coins. This figure was last recorded in late 2015 when the price of BTC traded at $350’s level which signals a possible 20 X boost in price in the coming five years if history does repeat itself.

Bitcoin uses a weird kind of structure called the unspent transaction model which shows the last time a coin was used in a transaction. This UXTO model has allowed researchers to classify the cryptocurrency in waves of time the coin has spent in a dormant wallet account. The chart below shows the short term (warm) waves of UXTO i.e. 1-day, 1-week, 1-month bands and the longer-term (cooler) waves i.e. more than a year, 2-3 year waves, 3-5 year waves and those held over 5 years. 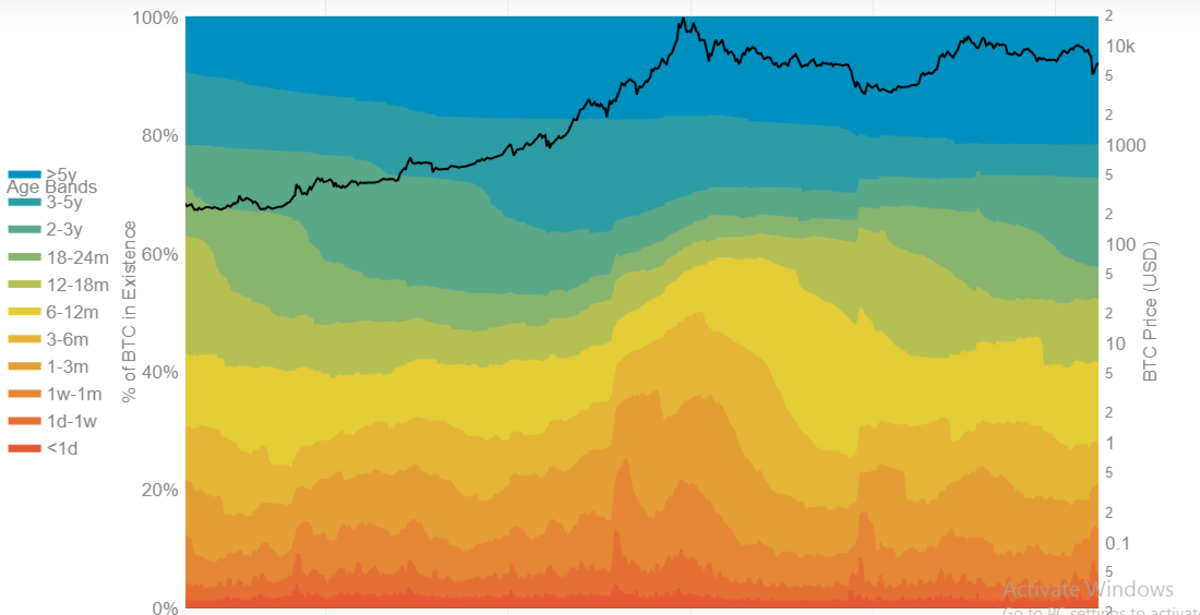 The chart offers a relationship between the two periods and their reaction to different market participants’ behavior during high and low price cycles of BTC.

The two year to three year HODL wave is currently on a four year high at 15.10%, representing 2.74 million coin UXTOs of BTC. This signals an increasing portion of HODLing despite recent volatile pressures on price as it fell to $3,800 through March. This ranks only below the >5year HODL wave that holds 21% of the total mined tokens.

The insistence against selling further shows the belief in the market participants in the asset which has seen its price skyrocket in the past few years. Trading at $354, the last time so much BTC was held for at least two years, the price exploded in the two years that followed hitting an all-time high of $19,800 before retracing to current levels at $6,300.

Can history repeat itself?

Markets are fluid but normally follow historical patterns, reacting the same under similar fundamentals. With the halving coming up this May, could BTC experience a similar boost to what happened in 2015-2017?

As more BTC is held for longer period of time, disregarding the overall market movements, confidence in the asset grows as a store of value. This may set the coin on a magical run once more with a 20X price increase possible in the next half a decade. Can BTC hit $120,000 by 2025?