Bitcoin breached the $53,000 price to register a new all-time high of $53,756 and also breached the $1 trillion market cap during the process. The top cryptocurrency has been on a dream run since the last quarter of 2020 and has added nearly $40k to its price since the bull run began towards the end of October 2020. 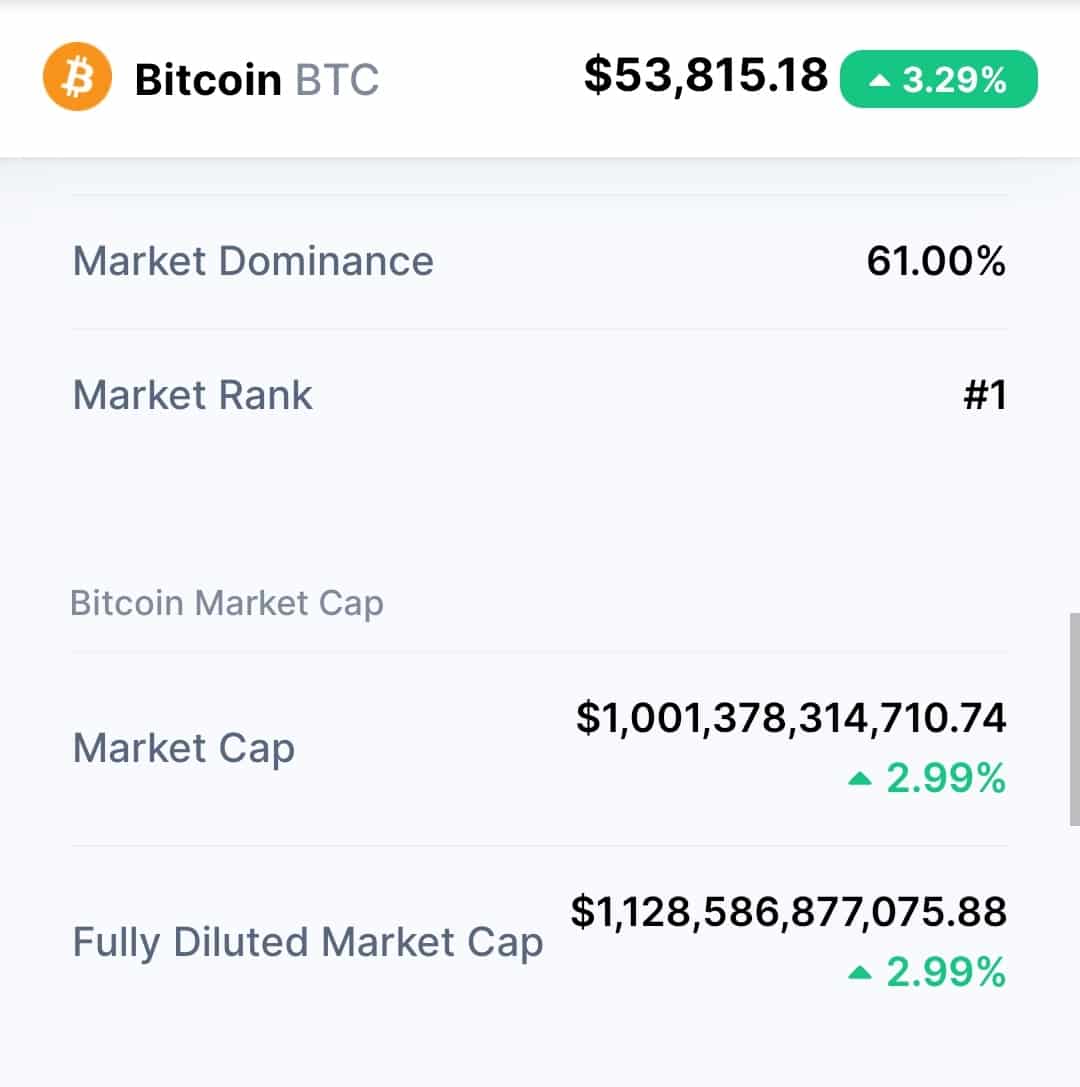 Bitcoin price is slated to touch the 6-figure mark by the end of this year with price prediction varying from $100,000 to $220,000. Many analysts believe bitcoin is currently in a supercycle rather than just another bull run. The fact that Bitcoin has not only rose by 2.5X it’s 2017 high, unlike earlier the top cryptocurrency has maintained its gains. The previous bull runs came in bursts and lasted anywhere from few weeks to a couple of months, however, the current bull run is already in its 5th month.

The top cryptocurrency has posted a new all-time-high every week since the start of February and on-chain metrics such as funding rate and stablecoin inflow are bullish enough for another price rally that could send bitcoin to $60,000 anytime soon.

The institutional influx added with consumer tech companies such as Twitter and Uber planning to integrate bitcoin is big bullish news along with continuous buying from MicroStrategy, Grayscale, and Paypal. The shortage of bitcoin due to its fixed cap added with rising demand is fueling its price further.

The top cryptocurrency’s growing institutional demand could also see the launch of the first regulated Bitcoin ETF product in the US market this year as Bitcoin is now a trillion-dollar asset. The success of the North American bitcoin ETF called The Purpose Bitcoin ETF (BTCC) on debut could also propel American investors to agree to the ETF.