The flagship cryptocurrency is gradually closing in on the coveted $11,000 critical level. Immediate support has been established above the 50-day Simple Moving Average. As Bitcoin settled above the 50 SMA, gains above this vital level are also becoming apparent.

From a technical perspective, the Relative Strength Index (RSI) suggests that the trend is in the hands of the bulls. The RSI has stepped above the midline. Moreover, it is pointing upwards, signaling the potential BTC has in the near term.

It is important the Bitcoin holds above the moving averages. Otherwise, if the parallel ascending channel confirms a bear flag pattern, BTC could succumb to another selloff before recovery takes precedence again.  The low trading volume experienced hints that a sizeable number of buyers are not convinced that Bitcoin has the ability to sustain the uptrend. 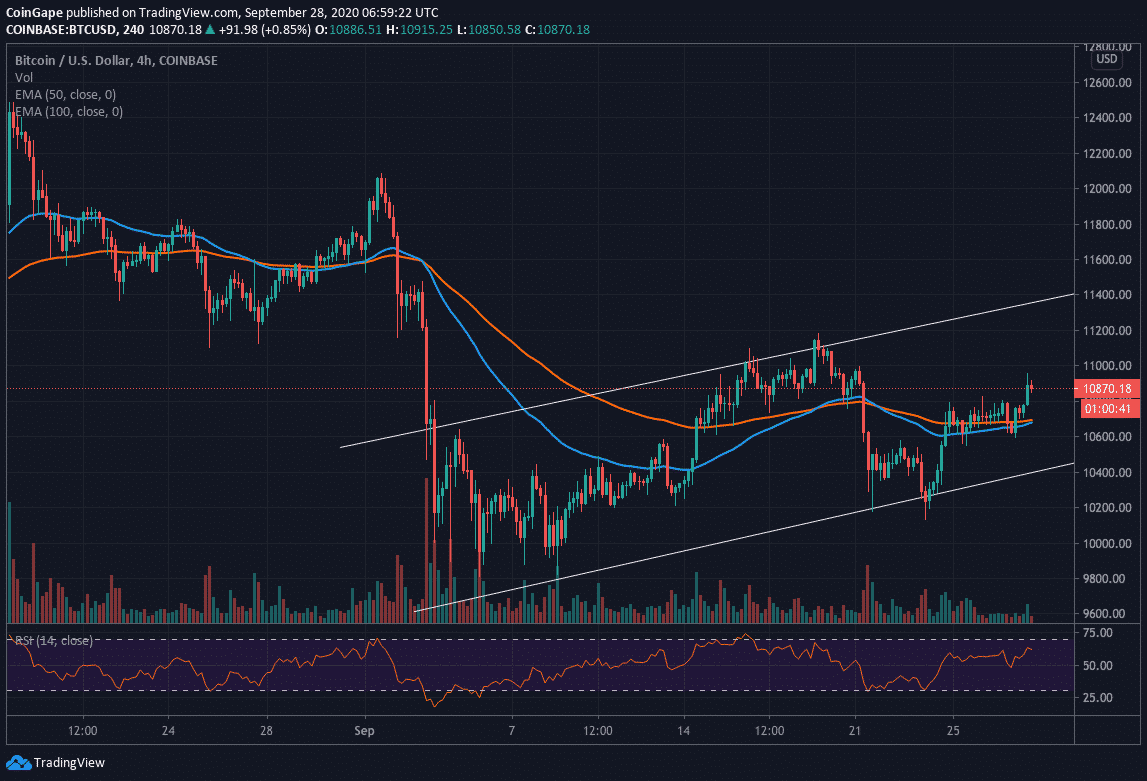 Consequently, IntoTheBlock’s IOMAP model reveals that the road to $12,000 is bound to be a challenging one. However, the toughest resistance lies between $11,586 and $11,914. Here, 1.05 million addresses previously bought 737,540 BTC. A break above this zone would give Bitcoin a quick boost past the psychological resistance at $12,000.

On the downside, the bellwether cryptocurrency is sitting on an area of immense support. For instance, the demand pressure between $10,582 and $10,910 is strong enough to absorb most of the selling pressure in the event of a rejection from current price levels. Here, 1.42 million addresses previously purchased 1.03 million BTC.

Therefore, Bitcoin has a challenging path towards $12,000 but support is also strong enough to hold the price from plunging massively. Consolidation will most likely take precedence in the near term, to set the ground for more gains above $11,000.

Read more: How Bitcoin Price Could Explode in Late 2020