Cardano ($ADA) is less than a week away from Alonzo hardfork that would integrate smart contract support in the blockchain. The developers have already integrated the smart contract support on the first public testnet on September 1, following which the first Dapp in the form of multi-pool DEX Minswap went live on Alonzo Purple. However, the Dapp was plagued with transaction errors as users claimed the UTxO transactions carried just a single transaction per block.

You may be seeing an error message that says "UTxOs are being used this block" a lot. That's the concurrency issue. We're working on that.

The concurrency issue faced by users on the first public Dapp put Cardano at the receiving end of heavy trolling, especially from Ethereum proponents. Now Cardano founder Charles Hoskinson has come out to call out the FUD. He said a massive FUD campaign is underway against the network just before the key mainnet launch on September 12. Hoskinson noted that a similar trolling campaign was initiated during the Shelby upgrade as well.

As expected, there is a massive FUD storm underway. We saw the same with Shelley last year. It's nothing new. Just people wanting to burn down what they don't understand or feel threatened by. September 12th is a big day, but just a day on a long journey we are all on together.

Cardano ($ADA) price registered a minor pullback in the early hours of Tuesday as it slumped to a new weekly low of $2.66 after recording a new all-time high of $3.09 just a couple of days ago. The altcoin is currently trading just under $2.70 price trying to get back on the bullish path before the final upgrade.

The price decline comes after weeks of uptrend where the altcoin has risen nearly 2.5X over the past month. The support area lies around the $2.50 mark which if it retests could slow down its momentum in the run-up to the key smart contract upgrade. Whether the price slump is because of the FUD or just a minor retrace before the next leg would be determined by the next move of the altcoin.

The on-chain metrics for the altcoin remain strong as nearly 70% of the $ADA circulation supply is staked estimated to be worth $66.8 billion and the number of delegators crossed the 800,000 marks. 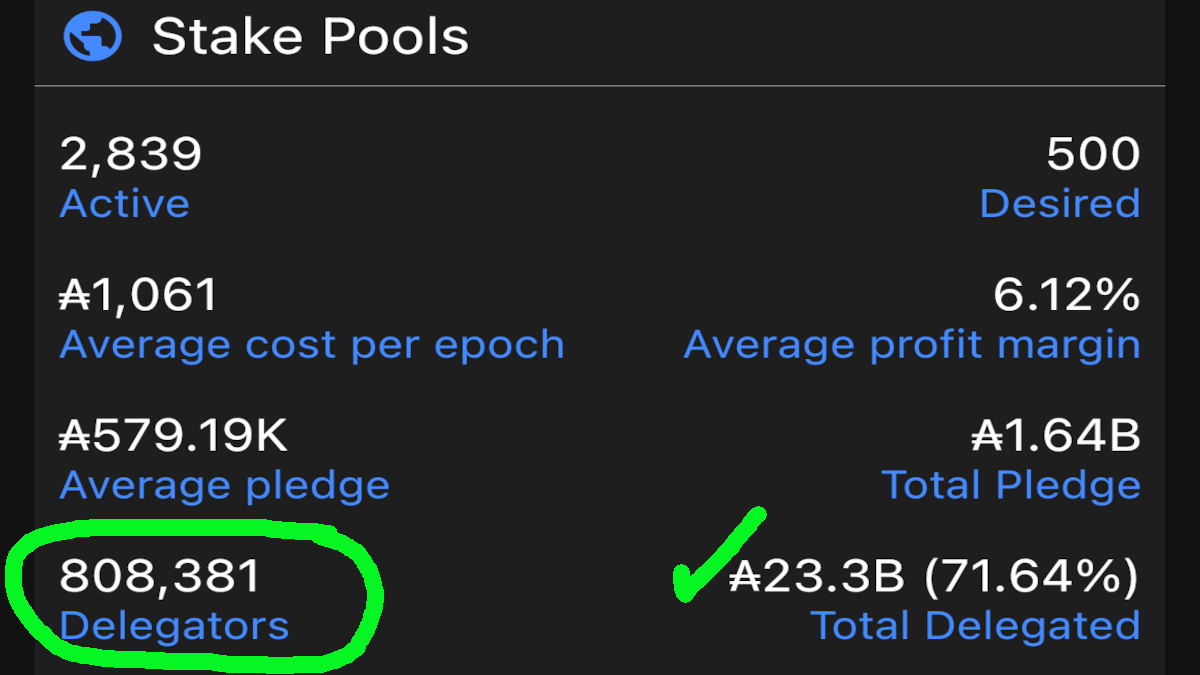