Bears have taken the crypto market down by about $28 billion in less than 24 hours. But, this is the opportunity for you to add cryptocurrencies with potential in your portfolio which are available at more than 90% discount from their All-Time Highs (ATH). Stack up!

Bears are here in full force, time to buy

Currently, the crypto market is running in deep red as bears have taken the bulls by the horn and thrown them out of the market. The total market cap has lost close to $28 billion in less than 24-hours. If we take a look at the leading cryptocurrency, about  $9 billion has been wiped out of Bitcoin’s market cap. Currently, it is trading around $6,500 price level.

The streets might be running red, but it is the best time to score some cryptocurrencies. It is no way an investment advice but one wouldn’t want to miss out on these altcoins that are currently down more than 90 percent since their All-Time Highs (ATH).

When it comes to the question of the crypto market achieving new highs, it is not a matter of if rather when. Apart from Bitcoin, these digital currencies are the best inclusion in your investment portfolio.

The world’s third largest cryptocurrency is currently changing hands at $0.337 with a 24 hours loss of approximately 18%. With a market cap of $13 billion, it is managing the daily trading volume of $336 million.

In January, XRP hit its ATH at $3.84 and right now is available at a discount of about 91 percent. XRP is constantly in the headlines for its partnerships, adoption and sometimes for the controversy surrounding its “security” nature. With one of the most active communities in the entire crypto market, there is never a dull moment for this cryptocurrency.

Also, read: Bitcoin Going to Drop Down to $5,755 and Generate a Lower Low: Technical Analyst

At 8th position, Cardano (ADA) is claimed to be one of the cryptocurrencies with the most potential. At the time of writing, it has been trading at $0.11 with a loss of 11.49 in the last 24 hours.

Cardano hit $1.33 level at the beginning of this year, from which it is currently available at about 91% discount. Cardano’s CEO Charles Hoskinson recently revealed a number of updates such as an improved version, smart contracts testnet for IELE virtual machine and a potential posting on Coinbase that indicates towards its bright future.

One of the most active cryptocurrency with an equally energetic CEO Justin Sun, Tron is currently down by about 15% at $0.025. 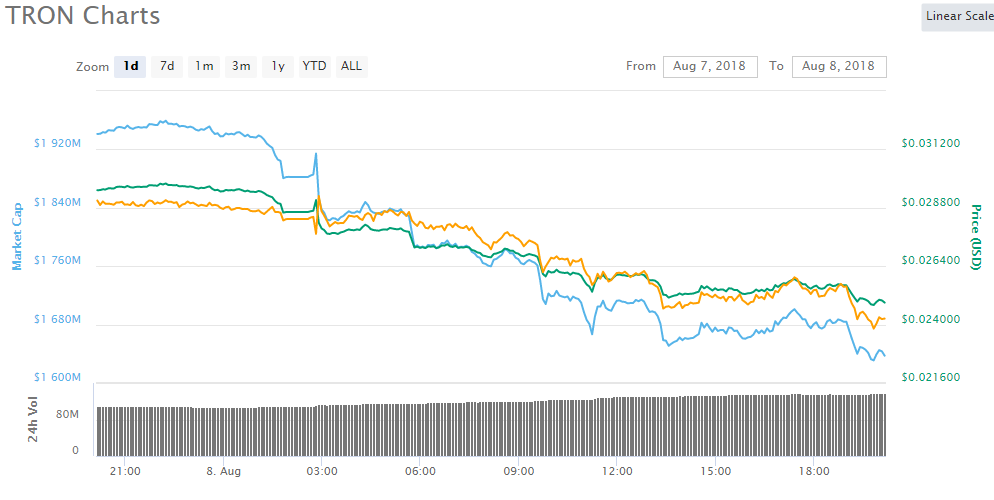 Tron’s all-time high has been $0.3. Down by 91 percent since that level, it is positioned at $12th rank. In June, Tron launched its mainnet while at the end of last month, released its TVM and partnership with BitTorrent that has further raised its long-term stakes. 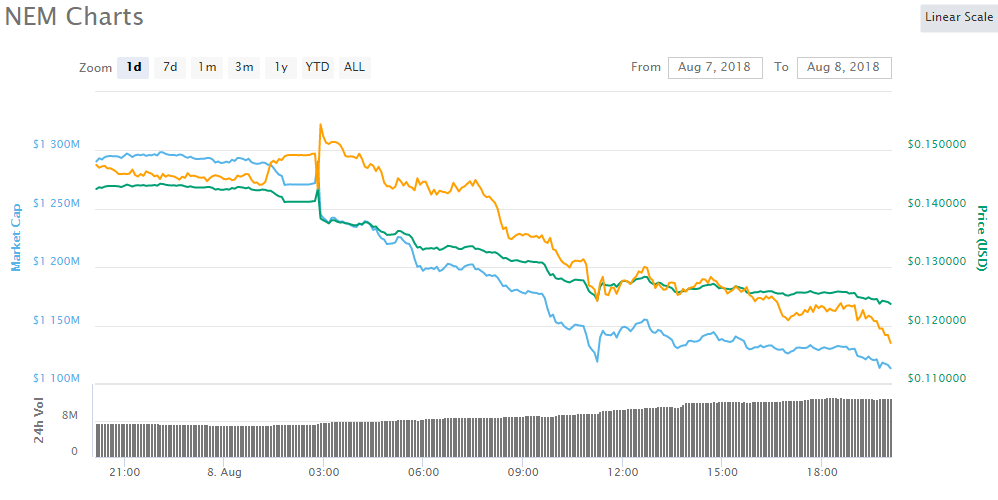 $2.09 has been its highest peak in January which is about 94 percent more than its current price. With Ukraine Electoral commission using NEM blockchain for voting trial and Cagayan Economic Zone Authority of Philippines partnering up with NEM Foundation to build a blockchain hub along with making development with a number of other countries, it is creating a lot of news.

The all-time high of ICON has been $12.64 from which it is over 93 percent down. This cryptocurrency is surely a good addition given the fact that it recently announced a number of updates viz. Repurchase Program of $5 million ICX, the rebranding of the loop into ICONLOOP, and open source codes releases.

Which one of these are already on your portfolio and which ones according to you are the best bet to include? Share with us by commenting below!