At 1,028,053 block EOS has stopped functioning and the reasons are not clear yet. However, EOS New York has updated the community that they are aware of the issue and working on the solution.

EOS has stopped functioning. A few hours back, the network was frozen. However, the issue is still unclear. Rick Schlesinger from EOS New York stated: “We are aware of the issue. We will provide a full report shortly.” 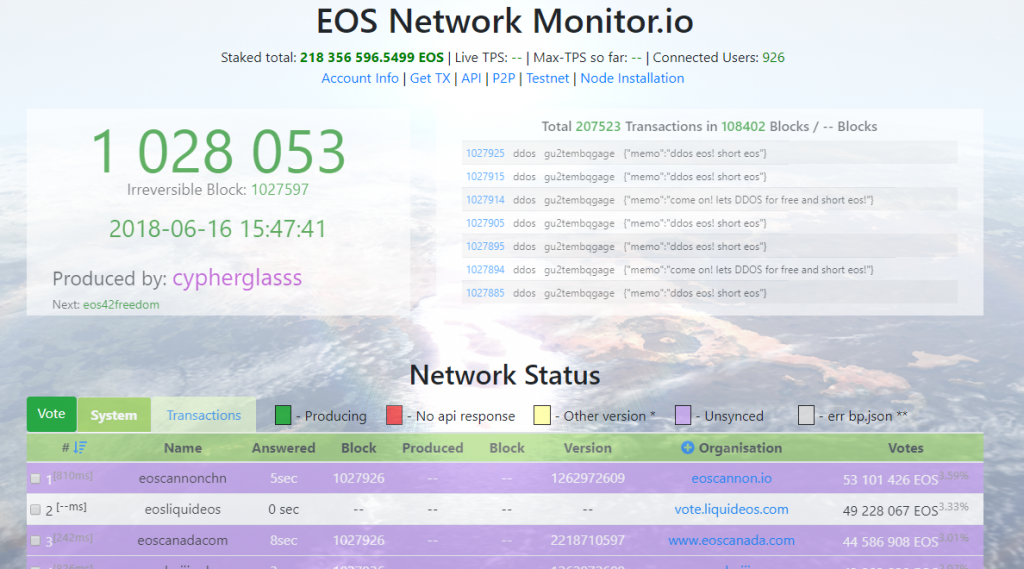 The team released a statement on Medium that says, “AT 9:56 UTC the EOS Mainnet paused. At 10:01 UTC Block Producers and many Standby Nodes joined together on an international conference call to identify and fix the issue.”

“At 10:57 UTC The choice was made that all Standby Block Producers would stop their nodes and backup any information that could helpful in diagnosing the problem.”

The team then further explained that, “At 11:02 UTC, a method to unpause the chain was formulated and is currently underway. Normal EOS chain functions should be available within 3 to 6 hours from the time of the publication.” “Incoming connections to the network are not being accepted while the work is taking place. Please wait for an update from the Top 21 Block Producers before attempting EOS mainnet transactions.”

At block 1,028,053, the chain has stopped. Schlesinger stated, “We are currently diagnosing the EOS mainnet and will be updating everyone with a full diagnosis shortly. DDOS was NOT the cause.” EOS New York further shared in the blog that, “At 13:02 UTC we identified the root cause and are working on a fix. A full release outlining the root cause will be issued once we’ve completed the work.”

However, new blocks seem to be being produced despite some block explorers showing that the chain got frozen. This certainly has the EOS community talking as one Redditor shared, Sapere4ude “Kevin Rose – EOS New York. The chain is paused. All BPs are on it. It’s under control. Not fixed yet. We will release exactly what happened once we’re sure. We are taking action right now.”

Another Redditor, DCinvestor shared his sentiments:

“What’s “great” is that the 21 block producers are all working in background to address this situation. What’s not great about that is 21 people are working in a “back room” to figure out what is going on and are going to “take care of it”…”everything is under control.” Right now, they control when this chain will be restarted.”

On GitHub, people also had a lot to say as testcode77 commented: “Node is downed. BP try to fix…”

A reversal of history might be a possibility here. At block 1,027,927 the supernodes have stopped but the chain has gone up to 1,028,053 which is the difference of about 1,000 blocks. In this situation, if new blocks are being produced, the best option is not to transact until the situation clears and gets resolved.

Let us know your views on this situation!