Cryptocurrency derivatives are having a bumper year. CME reported a record month of futures trading in May, which was quickly smashed only a month later. Regulated futures trading platform Bakkt has also recently started testing, after months of delays while it obtained the go-ahead for its physically-settled futures offering. Meanwhile, crypto derivatives platform LedgerX recently issued an option contract on bitcoin with a strike price of $100k, which expires in December 2020.

The Bitcoin Mercantile Exchange, better known as BitMEX, was the first futures trading platform for the retail market, having launched back in 2016. It’s still the biggest in terms of futures trading. In June, BitMEX hit an all-time daily record of $16 billion in trading, the same day that Bitcoin topped $13k.

Perhaps because it’s the biggest, BitMEX has also faced a few controversies over its time. Last year, an independent cryptocurrency researcher wrote a blog post accusing BitMEX of trading against its users for profit. More recently, it’s fallen foul of US regulators and is now under investigation for allegedly having sold unregulated securities to US users. 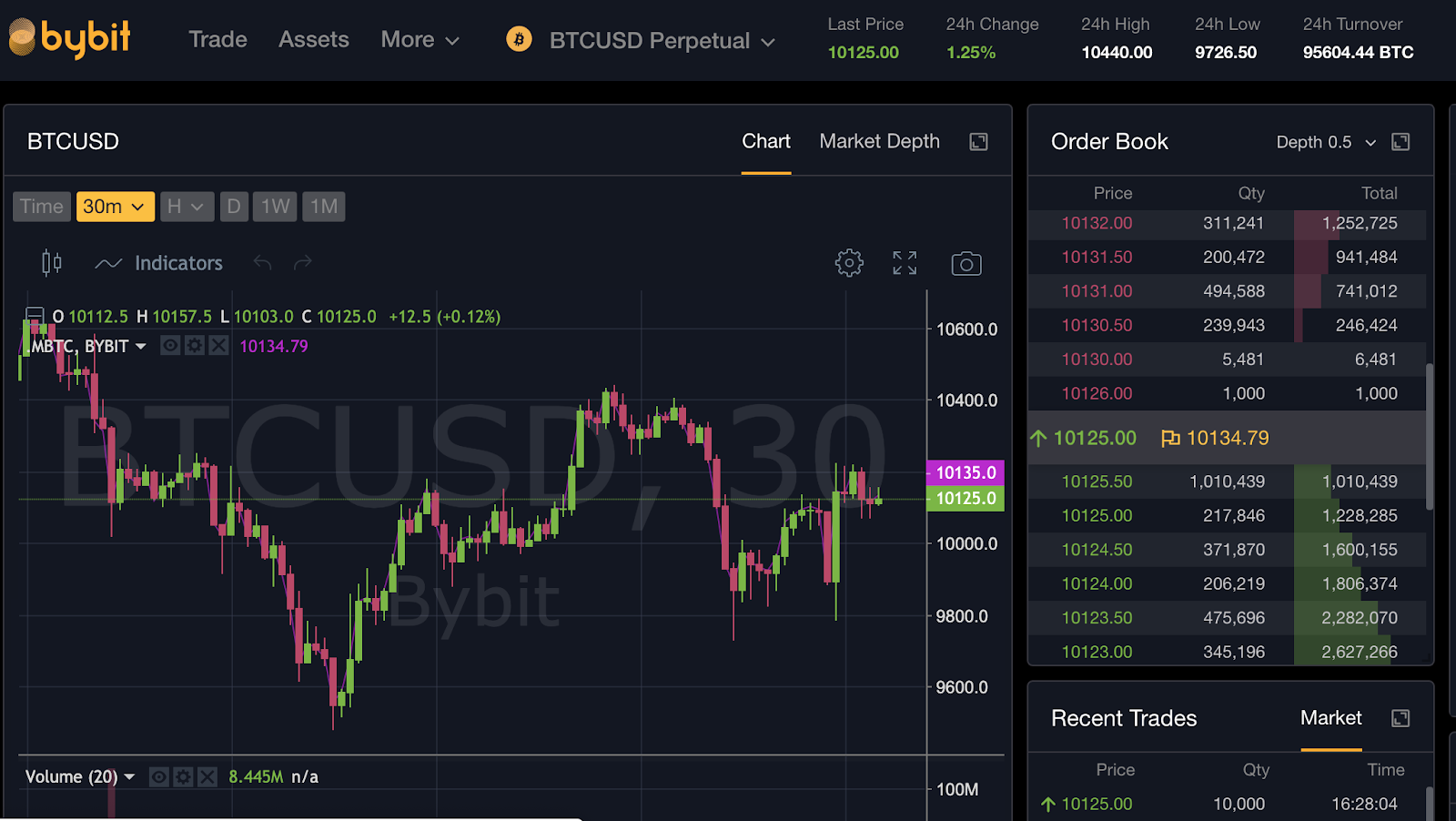 Singapore-based Bybit has been operational since 2018. Over that time, it’s become a solid rival to BitMEX, building up a global customer base consisting of retail clients and professional derivatives traders. In February of this year, Bybit became the first trading platform to issue an ETH perpetual contract that uses ETH as margin.

The Bybit interface is easy to use, underpinned by a matching engine capable of executing 100,000 trades per second. Furthermore, users are supported by a 24/7 customer service desk. Traders have access to leverage of up to 100x, and all funds are kept securely offline in cold storage wallets. Bybit also holds the distinction of being the first crypto derivatives exchanges to integrate with TradingView.

Dutch trading platform Deribit is currently the only derivatives platform to offer European-style options, along with futures and swaps. Therefore, traders can select different instruments according to their risk appetite.

Whereas most exchanges calculate the Bitcoin price for their futures contracts as being an equally-weighted average price between a fixed number of exchanges, Deribit deliberately excludes the highest and lowest prices to prevent the average from being skewed by outliers. This may help to ensure that Deribit more closely tracks the market price of the underlying asset than other exchanges.

Cryptofacilities is a UK-based derivatives platform, which was purchased by Kraken in February 2019. The acquisition appears to have been a savvy move, as trading volumes jumped 500% after the sale concluded.

Unlike Deribit, Cryptofacilities is registered in the UK and overseen by the Financial Conduct Authority (FCA). However, the FCA has recently proposed a blanket ban on all cryptocurrency derivatives trading, which could spell bad news for Cryptofacilities. 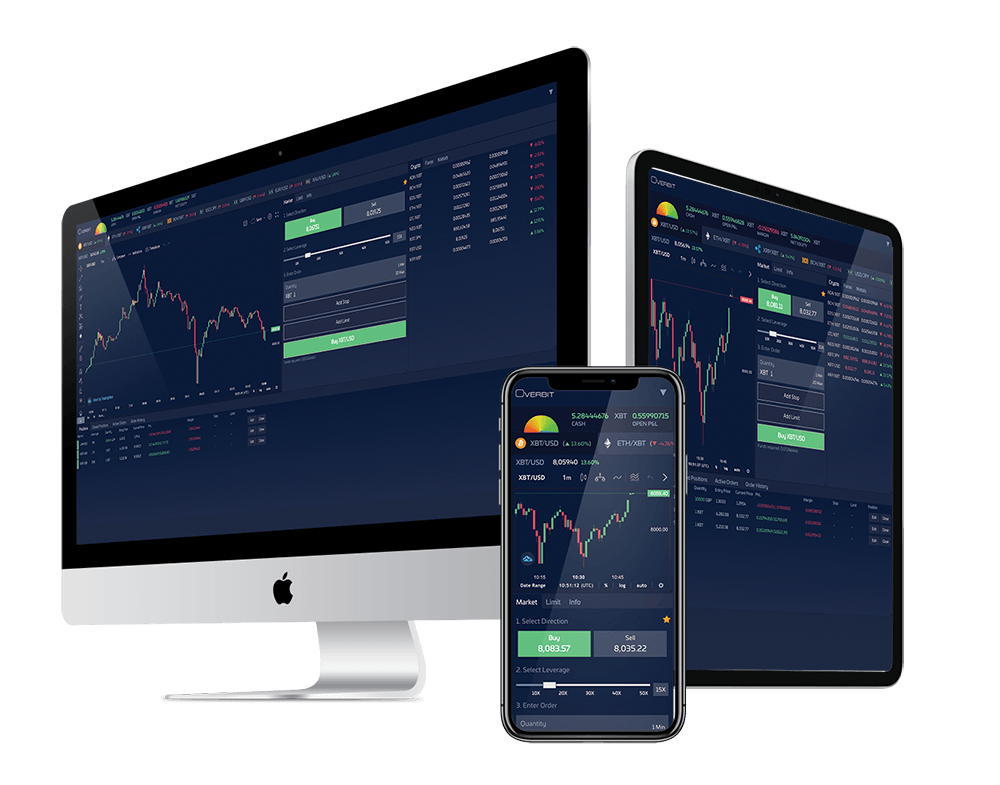 Overbit is one of the newer exchanges on this list, having only launched earlier this year. It offers access to a range of markets including forex and indices. Users of Overbit can enjoy high security, demo mode, and an intuitive user interface.

However, Overbit differs from its competitors in the fee structure, which is far from straightforward. Rather than a flat percentage maker or taker fee structure, fees are calculated based on spread.

Like Cryptofacilities, Overbit also operates an incentive scheme for traders called Tier Points. Along with credits to traders accounts, Overbit states that it will soon extend the range of rewards on offer to include shopping vouchers and other digital gifts.

Now that the crypto derivatives market is booming, traders looking to level up their game from the spot markets have plenty of opportunities to do so. Derivatives, particularly futures, are currently in hot demand, which means guaranteed liquidity and tight spreads.

In particular, newer traders should bear in mind that leveraged trading can be a risky game, so do your due diligence before investing