EOS prices are all set to receive a boost as Huobi cryptocurrency exchange has announced it will begin its Derivative market for EOS cryptocurrency on December 28, 2018, at 18.00 p.m SGT. It whops to commence other contracts very soon in near future.

According to an announcement, the exchange will begin EOS derivatives on Friday as a part to diversifying the EOS market. Huobi’s derivative market was launched in late November 2018 during the Coinfrontiers conference in NY. Singapore based Huobi exchange will initially hit the market by featuring Bitcoin and Ethereum based contracts.

Nevertheless, the announcement shows contract type will happen in weekly, bi-weekly and quarterly basis wherein the face value set of $10.

Upon release, the minimum margin ration or leverage is permitted for up to 20x with opening and closer fees of both makers and takers set for 0.02% and 0.03% respectively.

It further notes users to place both long as well as short positions on EOS citing arbitrage, speculation, and hedging.

Huobi DM, our #cryptocurrency contract trading service, will add #EOS (EOS) on Friday. Users will be to place both long and short positions on EOS, allowing for #arbitrage , #speculation, and #hedging. For more information visit: https://t.co/U52F5PLyOZ pic.twitter.com/aMbReAvoa9

Huobi exchange has been performing well since the last few weeks and according to the latest evaluations, its token has reached the total market capitalization of $55.91 million.

Eventually, the exchange itself stands on top third position, capturing the total trading volume of $605,078,357. EOS which presently ranks under the top five cryptocurrencies is likely to get a full-fledged boost with Huobi out setting the EOS derivatives. 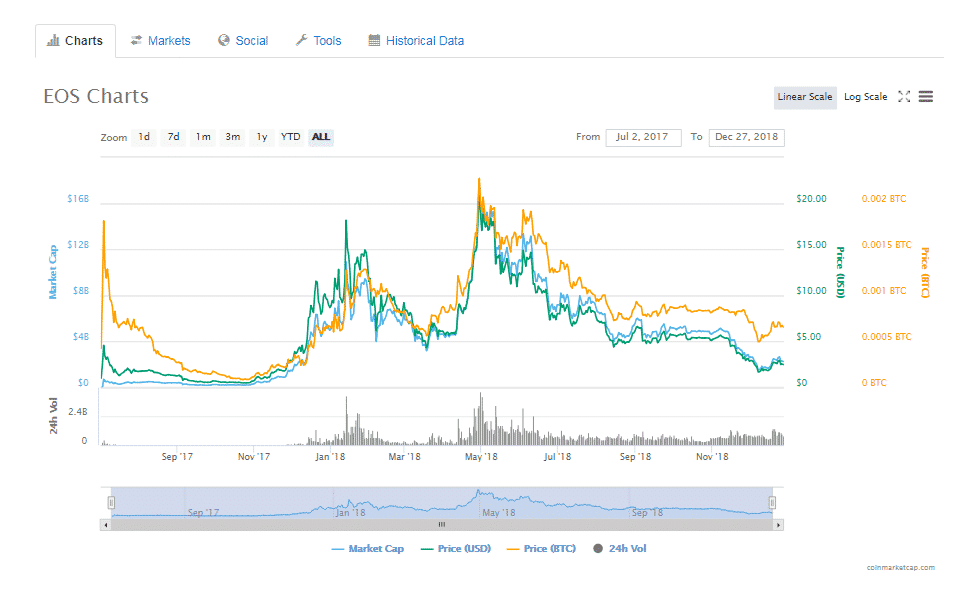