ICO Market Watch- Alright! So you’ve decided to launch an ICO but the recent panic created by SEC, banning in China etc., are making you skeptical.

Well this article if for you. We’ll first look at key regulations being imposed by Govt. and go through views of few countries that have publicly provided a public statement on the current status of ICO’s.

Just a small recap of ICO’s to bring everyone on the same page!

What are ICO’S- ICO Market Watch:

Why investor’s invest in ICO’s?

Those investing early in the operation are motivated to invest in the new cryptocurrency in the hope that the plan becomes successful and profitable after it launches which could translate to a higher cryptocurrency value than what they invested in it at the time the project was started. One instance of a successful ICO project that was profitable to the early investors is Ethereum that has Ethers as its crpto coins. In 2014, the Ethereum was started and its ICO raised $18 million in Bitcoins at the rate of $0.40 per Ether. The project went live in the year 2015 and in 2016 had an ether value that appreciated as high as $14 with a capitalisation of over $1 billion, making many millionaire.

Why you need to be cautious?

Though there have been many successful ICO’s and they are set to be disruptive innovation tools in the times to come, some ICO campaigns are fraudulent. As these fund raising campaigns are unregulated by any financial regulations, funds lost as a result of these frauds are never recovered. 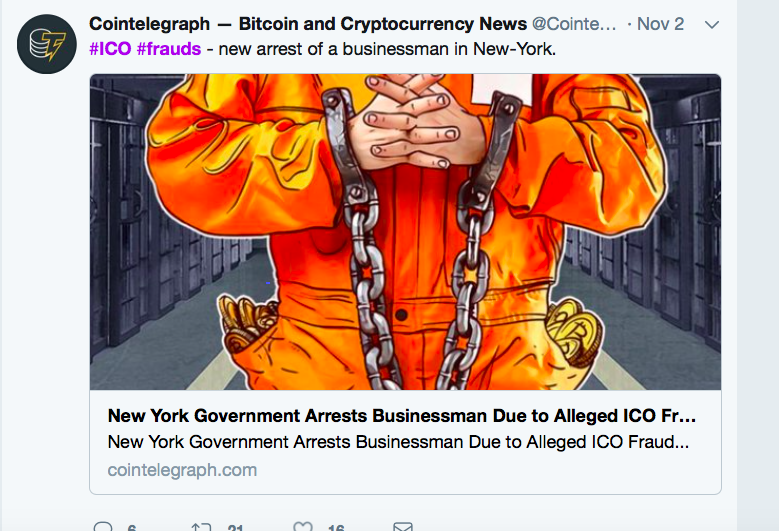 After few such cases of fraudulent ICO’s, opinions have hardened about them because of the risks involved in this investment opportunity. While Bitcoin’s price continues to break records as you hear more and more of your friends putting money into Bitcoins every day, China and South Korea have banned ICO’s and Japan’s view of changing opinion about these altcoins is leading to other major economies also taking aggressive position in warning their citizens to protect them from such dubious investments.

ICO’s have started self-regulations too. The Blockchain platform waves has collaborated with market players like Deloitte, the Ethereum competencies centre and the ICO governing foundation to start self-regulation. This self-regulation would cover legalities like taxation, accounting, know your customer or KYC and other such due diligence to mitigate fraud ICO’s that are nothing but a regulatory workaround to seek low amounts from public without the rules and regulations of a traditional IPO.

European Union allows ICO’s if they adhere to anti-money laundering, KYC policies and other ICO business regulations and licenses. Canada looks at the IPOs’ on a case by case basis, China and South Korea have banned ICO’s altogether with China asking all money raised by ICO’s to be refunded in full. In America, the ICO’s have to be registered and licensed with federal agency SEC in the same way as if they were not ICO’s. Some states have additional restrictions that include even requiring deposits with them of equal or more value than of the ICO. UK has issued investor warnings against ICO’s but allows them for now. Switzerland allows ICO’s but the Swiss Financial Market Supervisory Authority or FANMA is examining ICO’s for possible breaches of any laws.

Singapore allows ICO’s but future restrictions are likely, it says that any capital market products including altcoins may be regulated under the MAS. Japan is framing rules to regulate them and is already issuing investor warnings. Israel also allows ICO’s but their Securities Authority is deciding on whether to regulate ICO’s or not. Germany allows ICO’s but warns investors of the risk involved, it also expects ICO’s to adhere to existing rules of banking, investment and trading acts. Thailand, Honk Kong and Philippines have also allowed ICO’s with the caveat that they may be regulated in the future while Australia is the first country to have formally regulated ICO’s. They require ICO’s to adhere to corporations act.

As the cryptocurrency market increases, don’t be surprised if the ICO’s are restricted almost like IPOs’ in most of the big economies.

What do you think about future of ICO’s, let us know in comments below.

Facebook Twitter LinkedIn
Achal Arya
532 Articles
I am an entrepreneur and a writer with a bachelors degree in Computer Science. I manage the blockchain technology and crypto coverages at Coingape. follow me on Twitter at @arya_achal or reach out to me at achal[at]coingape.com.
advertisement