Ripple entered into big partnerships in the Middle East as two of the major banks of Kuwait joined RippleNet while it assigned maximum fee value to the RippleAPI. In Money 20/20 American Express talked about the potential of Ripple which has the rumor mill rolling. Though Ripple price didn’t see much of an action, it did go up about 10 percent from last week.

This week has been a  pretty speculator one as a number of partnerships and potential collaborations made their way to Ripple products. Ripple CEO also kept it in the headlines as he talked about the potential of Ripple and a lot more.

The latest development is the maximum fee value assigned to the RippleAPI as mentioned on the Github, “Add maxFeeXRP (default 2 XRP) as an optional RippleAPI constructor parameter.”

It further states that no specified or calculated fee can exceed this value and in case it does exceed 2 XRP, a Validation Error will be thrown.

“That’s responsible. Sometimes stupid needs to be prevented from being stupid. A max fee accomplishes that.”

Even the smallest changes are appreciated by the community as another Redditor mr_li_jr said: “That’s a small change, but a great idea.”

Apparently, the reason behind this change had been a mistake made in the last week as explained by another Redditor nytrm:

“Someone made a mistake in code or incorrectly set the fee of a single transaction to a very high fee (100.000 XRP). This change is not a required change, but prevents this mistake in the future.”

Moving on with the partnerships, Ripple CEO has the community excited when he announced that he will be revealing a new partnership frequently. This week Ripple made a strong impact in the Middle East.

It started when the RAK Bank of UAE adopted RippleNet and later BankDhofar in Oman announced the use of RippleNet. However, the adoption has only further escalated as the National Bank of Kuwait (NBK) and later Kuwait Finance House (KFH) joined RippleNet for international remittance payments.

Just Yesterday, Ripple and American Express talked at Money20/20 Europe about changing the cross-border payments for the SMEs.

“Ripple offers instantaneous, point-to-point conversations between the sender and receiver of funds. And that provides a real opportunity to alleviate most of the issues our customers are facing.”

Companies are working with Ripple to address the problems faced by customers in cross-border payments. Marcus Treacher, Ripple’s SVP of customer success explained

“The consumption of Ripple technology is not a heavy lift for SMEs. This is because we’re implementing within the existing payment networks and banking world.”

The world’s third-largest cryptocurrency Ripple (XRP) is at $0.673 with a loss of 1.02 percent in the last 24-hours. With the daily trading volume of over $235 million, Ripple is also in negative in trade against BTC. 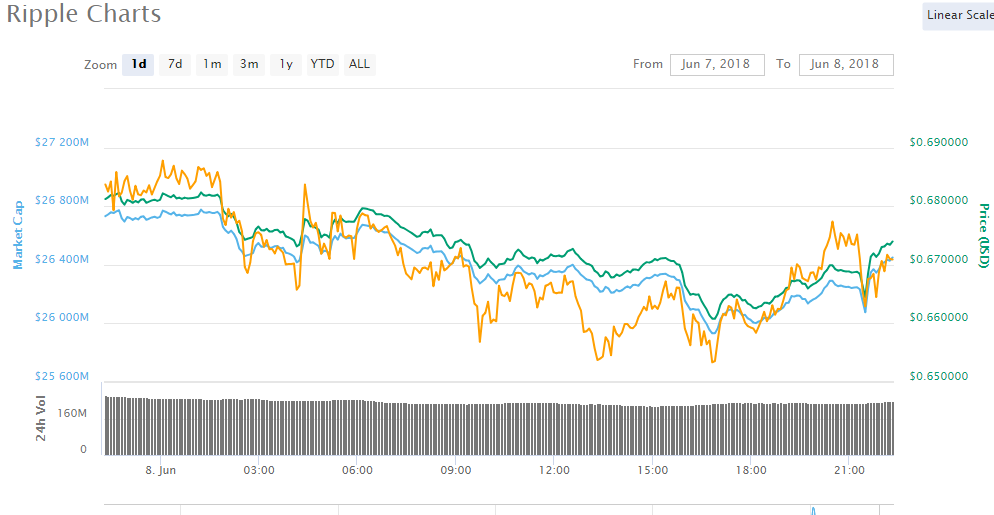 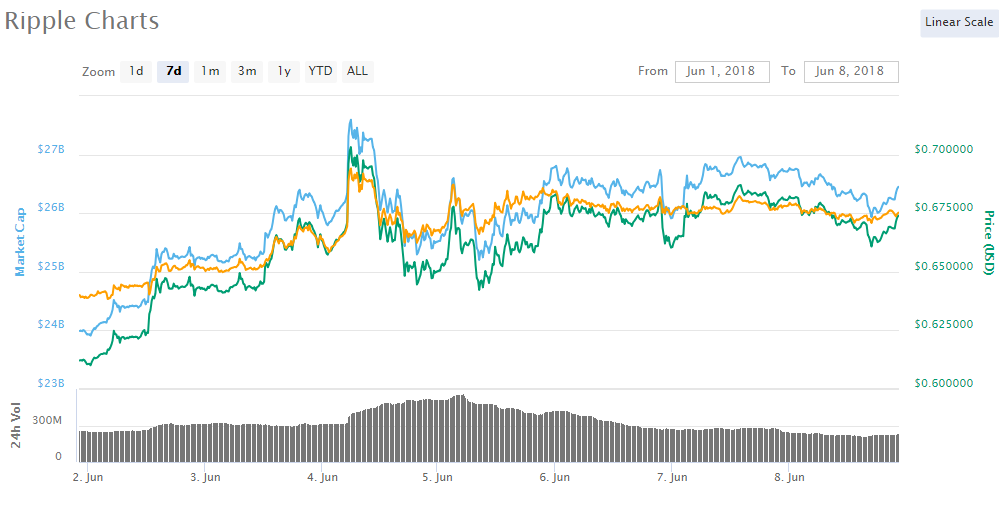 Ripple price hasn’t advanced much, but there has certainly been an upward shift. As new announcements will come through, they might bring more interesting and bullish things for the Ripple community.

Let us know your thoughts on Ripple’s developments!

Polygon (MATIC) Shows Strong Signs of Reversal With These On-Chain Metrics
MATIC, the native cryptocurrency of the Polygon blockchain has been…