Galaxy Digital, a crypto custody firm led by Mike Novogratz has filed for a Bitcoin ETF before the US SEC on 12th April. The latest filing before the SEC takes the total number of Bitcoin ETF applications pending before the regulator to nine. 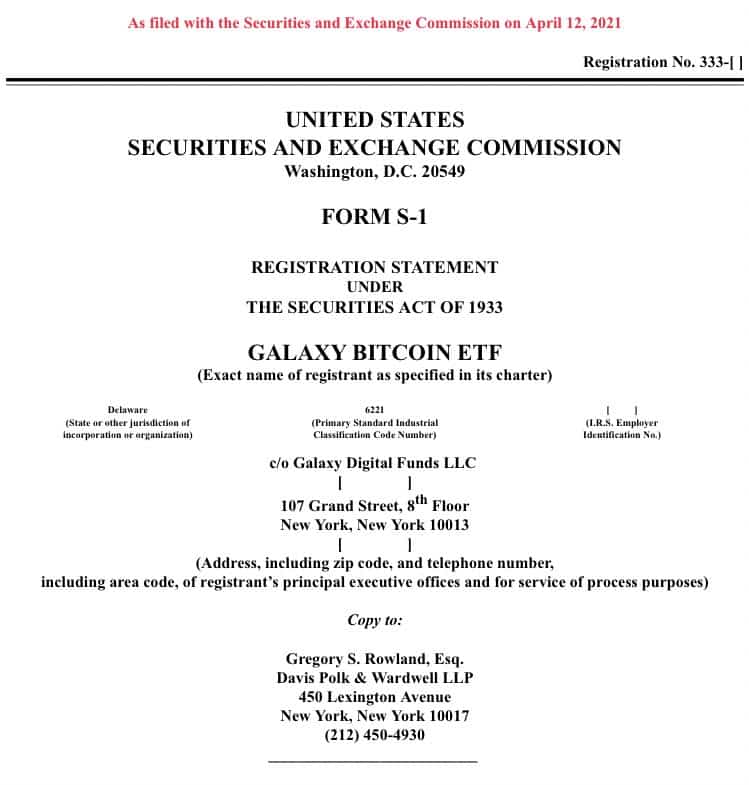 Galaxy Bitcoin ETF will be an exchange-traded fund that issues common shares of beneficial interest that trade on NYSE. The Galaxy Digital Bitcoin ETF if approved would see it hold bitcoin and value its Shares daily based on the value of the Index, which is calculated based on data from bitcoin pricing sources selected by Bloomberg Index Services Limited.

Galaxy Digital Funds LLC would sponsor the Trust, Delaware Trust Company would act as a trustee and custodian of the Trust, responsible for holding the physical bitcoin under its custody.

Galaxy Digital Has Filed For Ethereum ETF in Canada

A total of 9 Bitcoin ETFs applications are now pending before the SEC including the latest Galaxy Digital Filing. Prior to the current Bitcoin ETF rising demand, a similar series of Bitcoin ETFs were filed after the 2017 bull run, most of which were rejected by the SEC citing high volatility and comparatively small market capitalization, however, as of today the market has grown exponentially and the price volatility is also on the decline.