1Inch made a lot of headlines prior to its launch primarily because of its new governance model which it claims would change the governance model of the decentralized space.  The official announcement noted the change that this new model would bring and said,

Most governance models are not designed to adopt protocol changes quickly to respond to the rapidly evolving market. To remedy this, 1inch Network is launching with “instant governance”, a new feature that allows the community to vote for specific protocol settings under the decentralized autonomous organization (DAO) model, in a transparent, user-friendly, and efficient way.

What is This New Governance Model? 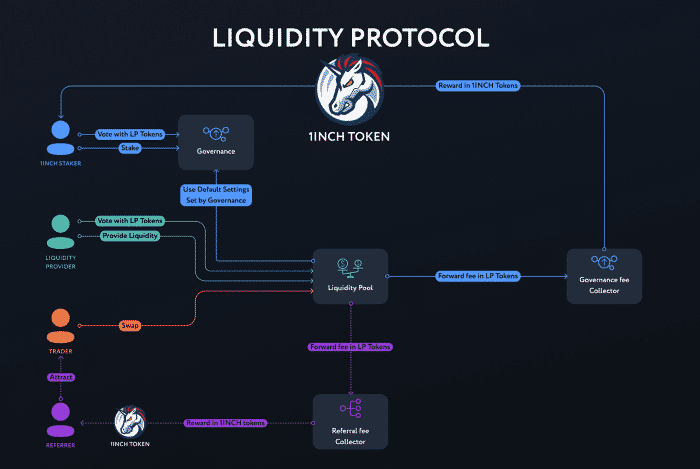 The new 1INCH governance and utility token would be valueless and be utilized to determine protocol fees and the distribution of rewards. The operators have set aside 30% of the total 1.5 billion market cap towards community incentives while another 14.5% is reserved for protocol growth and development.