The first North American Bitcoin ETF launched by Purpose Group has seen tremendous growth over the past week, as the Canadain Bitcoin ETF now has 9320 BTC under its management within a week of its launch. Out of those 9320 BTC, nearly 1032 BTC came from the market yesterday which also saw the highest liquidation in crypto history worth $6 billion owing to the market crash that saw major cryptocurrencies lose nearly 20% of their market cap. 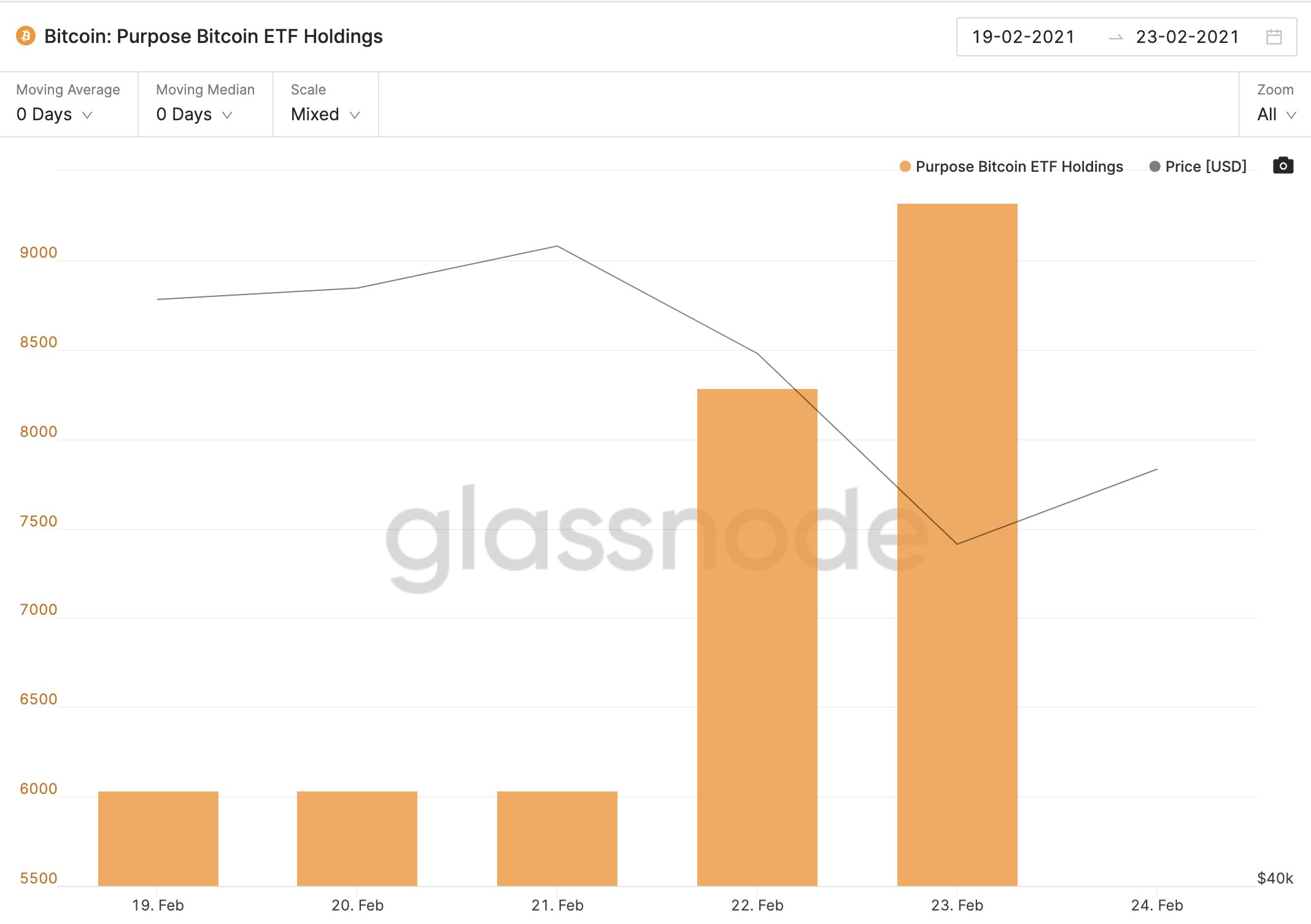 The Purpose Bitcoin ETF which was launched only last week had a phenomenal opening day as it traded nearly $180 million-plus worth of Bitcoin contracts on its very first day. The newly launched Bitcoin gathered stream on a day when most of the futures position was liquidated owing to a sharp price fall. The launch of the Purpose Bitcoin ETF has also heightened the demand for a similar bitcoin-focused exchange-traded fund in the US.

The US regulators up until now have rejected all the Bitcoin ETF applications claiming the market is not big enough to launch an ETF as it may lead to market manipulation. However, a change of administration along with rising institutional adoption of Bitcoin could play a catalyst in approving the first Bitcoin ETF in the US.

The crypto market breathed a sigh of relief today as Bitcoin bounced above $50K to register a new daily high above $51,000. Ethereum that fell bel0w $1,400 briefly also managed to climb above $1,700 and other altcoins also showed signs of recovery after a two-day blood bath.

Bitcoin Futures market registered its highest daily trading volume yesterday as markets crashed to weekly lows. Not just the Futures market, even spot and options registered one of the most active days in months.

CME Futures market also set a new record in terms of volume the day before yesterday when the market meltdown began.

However, it is important to note that despite Bitcoin losing more than $10K within two days, the fall was only 20% which is quite astonishing to think given not even a year ago, Bitcoin was trading below $4,000 after March mayhem last year.