MicroStrategy bought more than $1 billion in Bitcoin on Wednesday using money raised via the sale of debt security in the form of the company’s convertible notes. The firm purchased 19,452 Bitcoins worth $1.026 billion at an average cost of $52,765 per Bitcoin. The firm currently holds a total of 90,531 Bitcoin bought with a total investment of $2.171 billion.

Bitcoin price climbed above $5 0,000 today after spending most of the last two days under $50K. Bitcoin was slated to cross $60k after recording a new ATH of $58,543, however Asian traders along with growing exchange inflows on Coinbase resulted in a sharp crash of nearly 20%.

The crypto market recovered nearly half of its losses today and all eyes were set on MicroStrategy who recently raised nearly $1 billion through security debt offering in the form of convertible notes. MicroStrategy is leading the Bitcoin adoption by institutions having already invested $2.1 billion in Bitcoin since August last year.

MicroStrategy’s recent security debt offering worth $1 billion won’t be the first of its kind as the company had raised nearly $650 million earlier as well via the same security debt offering. Also, the software giant is known for buying the dip, having already bought past three dips. All eyes were set on MicroStrategy’s next Bitcoin purchase as people anticipate the Bitcoin price to go past $60K post the company’s investment.

MicroStrategy’s continuous purchase had led to CITI Bank downgrading its status from “hold” to “sell” last year, however, the firm didn’t care about the downgrade and continued its purchase. The price of its stock also rose to 150% after the downgrade as Bitcoin price continued to climb. However, the price crash over the past two days seems to have taken a toll on both MicroStrategy and Tesla’s share price. MicroStrategy’s share traced nearly 50% and fell by 21% for the day. 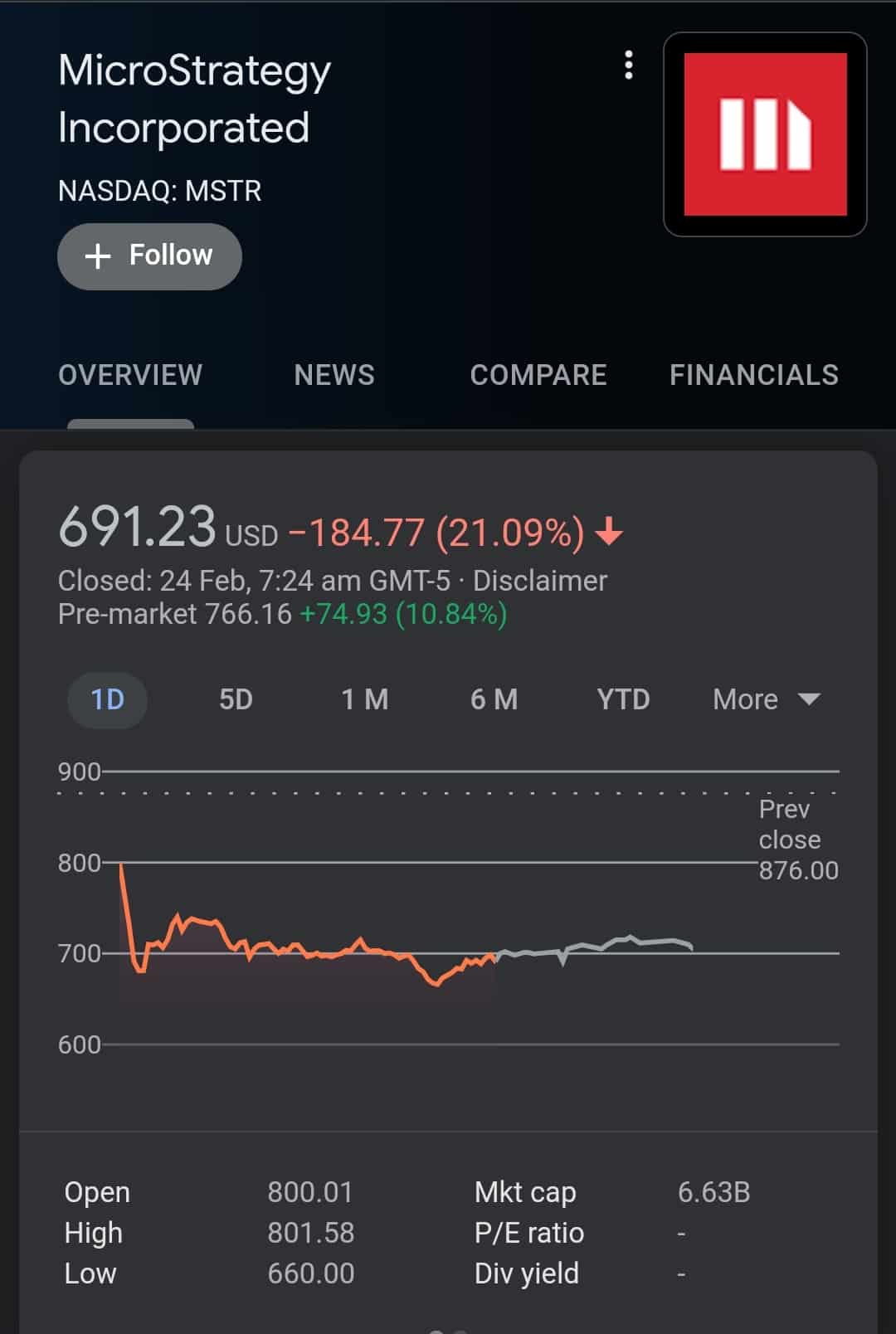 MicroStrategy’s CEO Michael Saylor has turned into a big-time Bitcoin proponent advocating for its use as a treasury reserve. Saylor believes Bitcoin would eventually become one true currency of the world as its adoption is already going mainstream.