Currently, derivatives exchange Bitget has released its global market penetration plan on Twitter, and at the same time, they published their latest globalization data. Data shows that up to now, Bitget’s global registered users have exceeded 1.6 million, and the user base has extended to 48 countries and regions around the world. Among them, Korean users account for a relatively large number of more than 28%, and the proportion of English-speaking areas has increased significantly, exceeding 21%. This means that Bitget’s globalization strategy has achieved significant results, and its user volume and transaction volume have fully led the derivatives market. 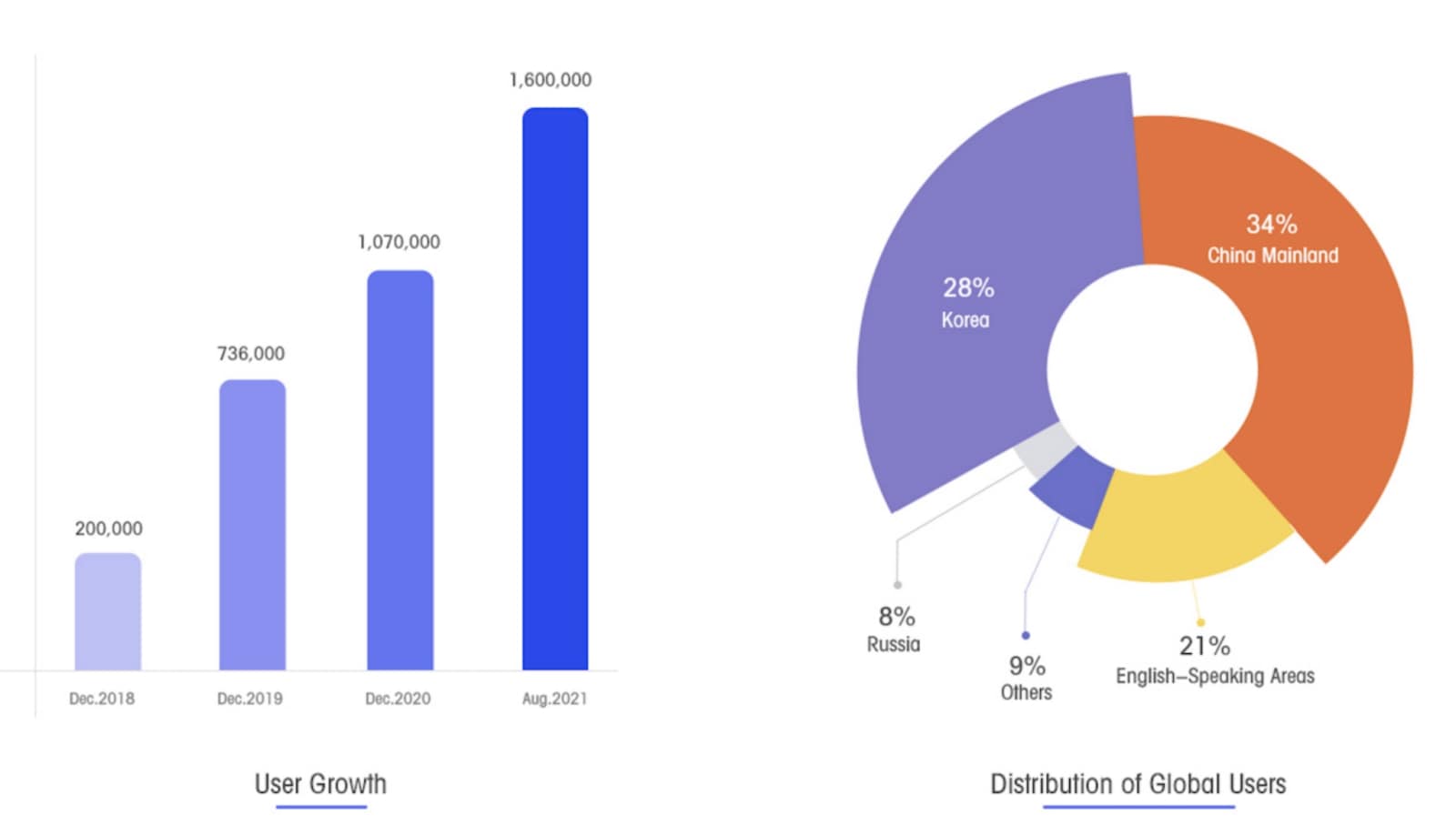 We will move to a world of digital currency. Most of the digital currency derivatives trading take place on exchanges, in the form of futures contracts, perpetual contracts, and options. Perpetual contracts are also an alternative to swap products. According to Coingecko’s statistics, the world’s top seven futures exchanges are Binance, OKEX, Huobi, Bybit, FTX, Bitget, and BitMEX. And Bitget is considered by some insiders to be an exchange with radical growth, and it is very likely to become the next FTX.

There is no doubt that Bitget is already the world’s fastest-growing derivatives exchange. The world-renowned digital asset market data website CoinMarketCap, shows that the average daily trading volume of Bitget has exceeded US$5 billion. Besides traditional spot exchanges like Binance, OKex, and Huobi, it is second only to professional derivatives exchanges like FTX and Bybit and is currently ranked top six in the industry. In South Korea, East Asia, and Southeast Asia, where its users are the most concentrated, Bitget is active in major mainstream communities.

Although Bitget has only been live for three years, with innovative and unique products and an increasingly sophisticated ecological layout, Bitget quickly went out of the norm. As we all know, there is a cruel truth in futures trading that 90% of traders lose money. To solve this pain point, Bitget has successively launched two major products, One-Click Copy Trade and Quanto Swap Contract, with “Low Threshold”, “Simple and Good” product advantage, Bitget has quickly become the most popular derivatives exchange among retail investors, and gained a firm foothold in the highly homogeneous competitive market. 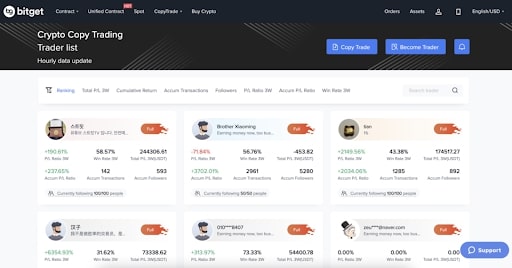 At the end of last year, Bitget established a global strategic investment Labs and began to deploy its primary market. In April of this year, Bitget announced that it has recently completed the wholly-owned acquisition of the decentralized multi-chain wallet BitKeep, laying out a decentralized path. Bitkeep is the world’s top three most centralized wallets, with more than one million users, which will become Bitget’s natural traffic users. At the same time, users will have more security awareness, more and more users will choose wallets to store digital assets, which will become a powerful part of Bitget’s ecological landscape and help Bitget’s globalization.

In the expansion of the global market, Bitget has not only insisted on localization and compliance operations but also established a “Global Ambassador Program .” Crypto enthusiasts in their country can apply to be global ambassadors, to introduce Bitget products and services to local users on behalf of the platform. They will also collect user trading feedback to the platform and strive for more benefits for users. In order to express its gratitude, Bitget also gave the global ambassadors a rebate ratio much higher than the industry level.

In this regard, Bitget global CEO Sandra revealed in an interview with Blockchianus,

“It is not uncommon to have an ambassador with a monthly income of 100,000 US dollars in South Korea. We are willing to share the growth dividends with our partners. In this regard, we are never stingy.” She added, “Blockchain is still in the early stages of development, and it will give young people more opportunities. We launched the ‘Global Ambassador Program to increase investment in new markets, including South America, Japan, Central Europe, Russia, etc.”

What kind of trading platform is Bitget, which is constantly seeking to expand its business territory?

Bitget was established in July 2018. Since its inception, Bitget has established the corporate values ​​of “Customer Driven & Always Honest, Open to Collaboration”. Last month is the third anniversary of its founding, Bitget announced that it will take “Better Trading Better Life” as its mission in the future, and is committed to providing free, ultimate and fair-trading services to users around the world. Good corporate culture makes the development of Bitget more rational and standardized.

With a forward-looking corporate culture and great potential for development, in July 2020, Bitget got an investment of tens of millions of dollars from the top gaming company SNK and got a valuation of 1 billion U.S. dollars. SNK is headquartered in Osaka, Japan. It was listed in the South Korean stock exchange in 2019 and set a record for the highest market value of a foreign company. It has launched top IPs such as “Legend of Hungry Wolf” and “King of Fighters”. Recognized by the giants, this is enough to prove that Bitget is a trustworthy platform.

Bitget was originally a spot exchange, and only bet on the derivatives market in the first half of 2019 and became a derivatives trading platform. Behind the transition from “big and complete” to “precise and specialized” is Bitget’s most important and correct strategic layout. Compared to spot trading, the threshold for derivatives is high. As Bitget team come from the traditional finance industry, hence it is easy to form a competitive advantage, and it is easier to have a single-point breakthrough. In terms of the characteristics of derivatives, derivatives trading are not afraid of bulls and bears markets. In addition to a good depth, Bitget can also support up to 125X leverage to meet users’ different risk preferences.

Bitget has a strong user welfare center and service center. When users encounter trading problems, they can enjoy 24-hour multi-language customer support service, no matter what time zone they are in, Users who encounter various problems during their trades can get in touch with an online representative without suffering a long wait after sending an email.. Bitget also has social media accounts, such as Twitter, Facebook, Reddit, LinkedIn, Telegram, etc.

It is foreseeable that a top-notch team, a complete ecological layout, innovative products, and high-quality services will all become a huge boost to Bitget’s global business expansion. As Bitget’s global CEO Sandra said on Twitter,

“Bitget has everything in place, and it is our major development strategy to deepen the global market. We welcome outstanding talents from South America, Japan, Central Europe, Russia and other regions to be Bitget’s global ambassadors. We will witness the future together.”

Facebook Twitter LinkedIn
Achal Arya
516 Articles
I am an entrepreneur and a writer with a bachelors degree in Computer Science. I manage the blockchain technology and crypto coverages at Coingape. follow me on Twitter at @arya_achal or reach out to me at achal[at]coingape.com.
advertisement